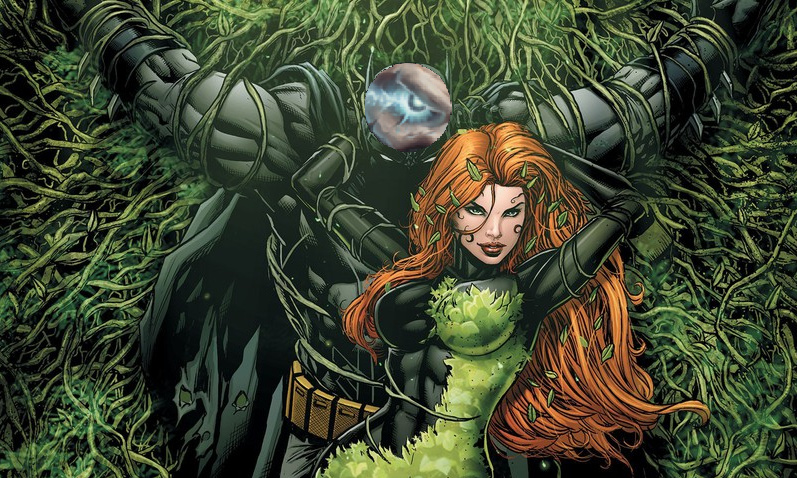 *Famous game-designer entangled by the flurry of overperforming retaliation builds

This build was inspired by @John_Smith’s crazy retaliation Commando. This is my first Retaliation build too, never thought I would make one. I’ve been learning all the mechanics on the go, and honestly, making this one was a struggle. But it payed out in spades in the end.

*Craft for Slow Resistance
**You can use any movement Rune here. You can also skip “Brutal Shield Slam” from Serrated Shell shield component skill altogether

Entangling questions that grasp you so hard you can’t retaliate

Retaliation Acid caster Archon that spams Vines and Aegis of Menhir that fast? That’s not supposed to work! This is madness!
Not the most obvious build, but I saw potential in Bramblevine shield + Grasping Vines combo and kept working from there.
Why not full Sentinel of the Three set?
I have tested it, it’s worse. Bramblevine is the core build item here.
Why not take Judgment - Heart of Wrath? There is retaliation damage there too! Or Righteous Fervor - Retribution?
And I have tested it too, build is better off without it. RF - Retribution performs much worse than Aegis of Menhir.

Core of the build is 3-piece Sentinel of the Three set + Bramblevine shield. Tonns of defense and Acid Retaliation + that RtA bonus to Vines we are looking for. Every other item is bis here. You can change boot component for Mark of Traveller for faster movement speed, but it’s not really needed here since we have two movement skills.

It’s optimal to play this one with three (3) Blessings (but Ulzuin instead of Amatok) and 4 level ONE (1) Storm banners.
Spam Vines and Aegis of Menhir. Facetank everything except Mad Queen (her aura goes haywire against this build) and Anasteria. Remember, that you have two mobility skills and you don’t have to fight at melee range.

Bat works wonders with stacked Vines. Every other devotion is pretty standard for Retaliation builds. Skill distribution is something that I have tested a lot. I think this one is optimal.

General (Ascension and Judicator’s proc up) 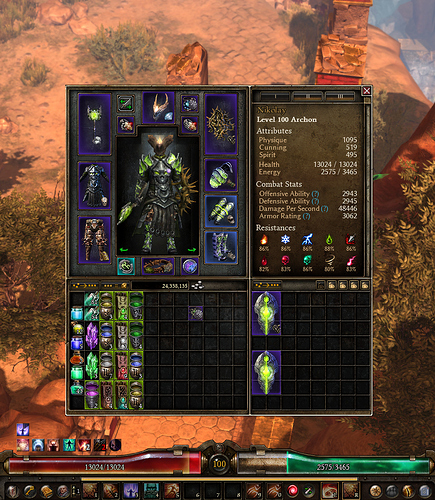 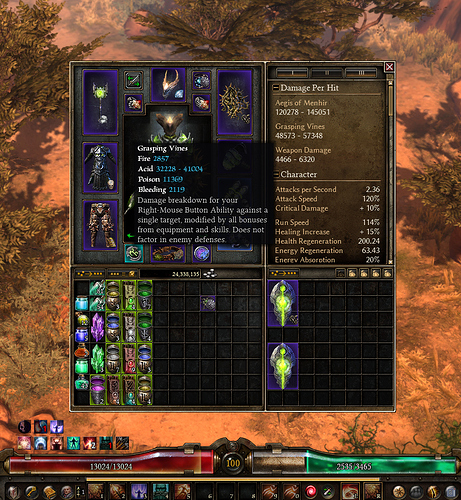 Defense (with Ascension and Absolution up)

Shards 75-76 with one silly death to Aleksander

I wanna thank @John_Smith again for testing this build and giving me an idea to use this Conduit. Also I decided to use Aegis instead of Righteous Fervor after I saw one of his (unpublished) builds.

nice to see non-physical retal specs out there.

P.S Do you need OA with retal builds? how does it work exactly?

Shards 75-76 with one silly death to Aleksander

well done mate I have been trying to get an acid retal going. You have done it kudos

That’s the best Sentinel of the Three build I’ve seen so far. What irony.

Nice to see the resulting benchmarks. I always felt that the 3 piece So3 would do well in GV retal.

I believe Valinov looked at a variant of that a while ago and it seemed alright. this thread..

He went only 2-piece + Misery. It would be interesting to see the benchmark comparison of the extra damage vs the extra defense of the two variants ( 2 + misery vs 3 piece)

I actually have a version that uses full Three set which can do 6-6:30 min clears with me pilioting

That’s the best Sentinel of the Three build I’ve seen so far. What irony.

True irony is this is the best acid build. Maxed out (no green) Venomblade dervish is just a bit faster but doesn’t compare defensively.

@mad_lee not sure if Prismatic is optimal here. Total dmg doesn’t affect retal, does it?

You guys need to test path of three set for acid retal spam DEE. Or maybe @Valinov has test that?

I highly doubt this can clear cruci faster than 7min and reliably clear sr75+. I mean it looks like an inferior version of Stoneguard Warlord with an acid twist.

I just add, that +% to all retal dmg should be added to crucible buffs and banner. Now RtA have no buffs in crucible.

Crucible under 7 min yes, SR75+ rather not. Small maps and some boss combos are just a chore.

P.S Do you need OA with retal builds? how does it work exactly?

You kind of do, yeah. Here it’s mostly just to be able to hit targets since crit modifier is pretty low (except AoM, but that skill is mostly supporting).

True irony is this is the best acid build. Maxed out (no green) Venomblade dervish is just a bit faster but doesn’t compare defensively.

Never thought about it this way but now that you say it, yeah, it is a best Acid build overall. Retaliation Archon with a shield, lmao, Acid and Poison meta is still in a weird place.

@mad_lee not sure if Prismatic is optimal here. Total dmg doesn’t affect retal, does it?

It’s taken for its defensive proc, it actually took a lot of tweaking to make this build consistent and somewhat tanky. It’s just Archon after all. Energy absorb is also neat.

I just add, that +% to all retal dmg should be added to crucible buffs and banner. Now RtA have no buffs in crucible.

+1, yeah. I’d say that “all damage” modifiers should include retaliation damage as well

That looks interesting, it probably has decent single target damage. Although it probably lacks aoe and I am guessing it’s overall a bit weaker than this Archon.

That looks interesting, it probably has decent single target damage. Although it probably lacks aoe and I am guessing it’s overall a bit weaker than this Archon.

Single target DPS is pretty insane, but as you said, it lacks AOE and this Archon definately outperforms it in Cruci and SR.

I really dig this Vines build, I have to say! As vines can perform now, I’d wish for a decent Blade Trap build.

Added 11-12 seconds Mad Queen kill video to the op.. One boss in Main Campaign that you shouldn’t try to facetank with this build - her aura goes haywire against stacked Vine, thus the slower kill timer.

I haven’t played it too, so it’s interesting to see these mechanics utilized. Also Aegis damage looks strong, I would think it’s a RF build, but no.

Can someone help me with the devotion path i can’t seem to figure it out.

Lol this should be in GD2 subtile

Grim Dawn 2: You Can Refund Devotions At The Spirit Guide To Take Other Devotions Once You Meet The Affinity Requirements

Yea i know that i just couldn’t figure out the right path to get everything. Sorry been away from the game for a while.