The way I saw it was that it was similar to the addition of aether to cold on starpact. This prevents acid builds from using a belt intended for pierce and cold builds. Two new acid belts have been added. Murmurs Kiss and now deadly means. Acid builds are the only ones that are effected by this change… and maybe the odd nex/ortus sabo… even then very slightly.

I hate the word “intended” now.
Seriously, for a game that promote diversity and build options, saying that a build is not built and work as “intended” by dev is honestly sickening.

Even your build is not as intended by the dev, Valinov

. Blind assassin suppose to use blade spirit on CD before. But now blade spirit is permanent and it hasn’t been redesigned yet. Though I am quite surprise that the damage on your auto attack is quite good. 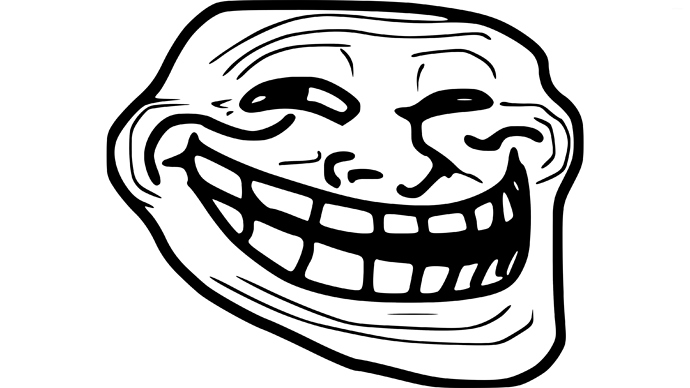 ) in case I had a wrong understanding of the mechanics. I didn’t. It never procs more than once a second. It mathematically cannot. It would only proc 3 times a second if you bound to to a skill with an infinite number of hits per second to eliminate the buffer and the proc chance.

Assassin Mark bound to autoattack is a long tested optimal solution by Superfluff who currently holds the world record on dw pierce (at least as recorded in these forums). He, too, uses Blades of Wrath.

Belgo relic works like time dialation. IE it is flat CDR (which works on devotions. why many people take HG for better dying god uptime). It definitely effects harp and all other devotion procs.

You’re right, it procs nicely in your video with 2-3s downtime on the average and sometimes less. But it’s not as “definitely” as you say. Aeon and flat cdr affect passive devotions selectively. It works with Ghoul but doesn’t with Turtle. It does happen to work with Harp. Bottoms up!

You’re probably right as you have access to the latest info as a preat. But it makes no sense to me. If old Treacherous is coming back it’s only logical that this change is reverted.

That’s exactly what the new Spelbreaker belt should be renamed to.

The way I saw it was that it was similar to the addition of aether to cold on starpact. This prevents acid builds from using a belt intended for pierce and cold builds. Two new acid belts have been added. Murmurs Kiss and now deadly means.

That’s the way everyone saw it because that’s the way it looked. But Zantai responded to the avalanche of criticism by saying no, it’s not to punish acid, it’s because of the new Treacherous. Which kinda makes sense because, for acid, Spellbreaker belt is quite identical to Bladebreaker Sash (except aether res) and Bladebreaker Sash got no such weirdness.

BTW Murmur’s Kiss is shite and Deadly Means is for oathkeeper. Both leave your regular no-green acid nightblade without skillpoints.

To the point with bull rush and seal… technically you are correct seal ticks once per second. But that is once per second from once it is cast and it starts “attacking” Each seal is cast at different times, this creating different windows of 1/second attacks. This creating chances for it to proc more than once per second. You can see this happening in the video if you watch the seals closely at certain times. Seals do not overlap and attack the same target more than once, but my spreading them it allows for more procs

Or maybe I’m dumb. But it has seemed to function in this manner in the past

Edit… now that I’m thinking about it more I doubt this is how it functions.

No, you’re right. I got carried away by my theorizing. I forgot each Seal is a separate pet with a separate attack, and you can have 3 with the cdr. So in theory it is possible that Bull Rush proc 3 times per second.

Still, I think tower would be better and let you drop crystal from the medal. And slow res from sailor would add to dps.

Or is armor piercing (from which weapon?) like global conversion?

no armor piercing is not a global conversion.

But since pseudopets uses your weapon damage on devotion procs, I guess it will use the armor piercing from your main-hand weapon.

Or is armor piercing (from which weapon?) like global conversion?

no armor piercing is not a global conversion.

But since pseudopets uses your weapon damage on devotion procs, I guess it will use the armor piercing from your main-hand weapon.

This is the case

I forgot earlier… also why the seal of blades is on my mainhand. Devotions use main hand weapon damage, so best to have the extra flat/leech/armor Pierce there

Hey bit of an update after getting some testing time in today.

I ended up opting for storm box on both as a procer for sands even if it meant another button. It seems to shave some seconds off over using WoP as a procer on bosses.

@Renan_Campos for reminding me belgo sigil exists. I was so focused on converted the damage I forgot about it. It allows for more cunning dump/and brings much more attack speed to the table.

Another interesting thing that I noted… Being assassins mark to beronath definitely lead to slow clear times. Ensuring blades of wrath going off as close to as on cooldown as possible is part of what makes this build shine. Note this small video https://plays.tv/s/MHtYTbx7wwoe
This shows Archmage alek’s death. I can watch it in slow motion on my end, where you can clearly see him going from 720k health down to 65k when blades procs. (fingers crossed Z doesnt get mad at me for showing healthbars for 1 second

lol) When it comes to larger nems this burst can be even more. Thus it is important that the blades always come from the player to maximize possible shotgun effect. (This level of Burst doesn’t always happen)

added screenshot for sr 76 completion and updated title. I will add a video after 1.1.4.0 launches

Namely the direwolf crest pierce dmg reduction and the grasp of unchained might phye resist reduction and damage reduction to blade arc and ring of steel?

Major nerf for the build?

Namely the direwolf crest pierce dmg reduction and the grasp of unchained might phye resist reduction and damage reduction to blade arc and ring of steel?

Major nerf for the build?

it isnt particularly noticeable. (slight increase on times if getting lots of reaper/kuba spawns) The build is still amazing. It definitely still is one of the strongest DW melee builds out there.

@Valinov Solid Pierce build… didn’t see it when you first posted it. Always appreciate your builds!

Is Mantis and 1 point in Boar really better than Crab?

Is Mantis and 1 point in Boar really better than Crab?

tbh i never really thought to take crab. It certainly would be the better devotion for SR pushing and reliability. It would look like this https://www.grimtools.com/calc/q2M7jPWZ. You give up a little bit of damage and phys res to get better overcaps, that great proc, and a lil bit more da… (or a lot more with watcher and phys res stays the same with sailors guide)

If dont end up going out for dinner tonight, I will try to clean up the OP a bit and get it on the list to be added to the compendium.

Finally got windshear greaves blueprint after so many ancient grove runs but i cant find bladetwister signet,direwolf crest, or spellbreaker belt at all. So frustrating.

Finally got windshear greaves blueprint after so many ancient grove runs but i cant find bladetwister signet,direwolf crest, or spellbreaker belt at all. So frustrating.

I recommend trying out trading thru these forums. Bunch of arpg enthusiasts trade all kinds of legit gear there to ease up farming process.

I have an update to this post which will be coming soon. The set was changed a small bit with 1.1.5 so this update takes this into consideration as well as some small changes I made prior the patch.