I’ve played through the base game and Ashes of Malmouth (about 60 hours of play) without any issues at all. However the game always freezes (does not crash so no bug report or anything) when I reach a particular spot in the Remnants of Korvan City.

The crash occurs about 1 screen above the attached screenshot. 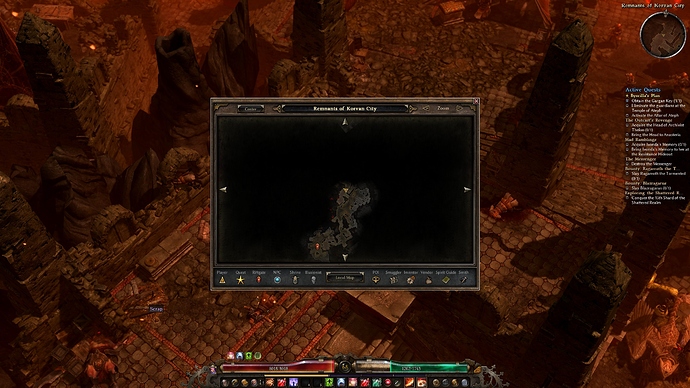 Is there any info I can provide to assist with debugging?

You could see if anything here help though it’s Windows based info as the game does not support Linux.

I know @powbam has played the game on Linux quite a lot, maybe he can help.

Suggestions from powbam (yes, taking your name in vain).

Verify files and perhaps try the x86 and x64 versions in turn to see if its that kind of issue. Maybe try with and without vsync in those versions as well.

Other than that follow whatever Steam/Proton procedures for procuring logs and submitting them to the proton github.

I bet it’s related to Strange missing floor which occurs around that area and will be fixed soon.

Sorry, my first post is going to be bad news:

I’m having the exact same issue as OP, also with Steam Proton compatibility(Arch Manjaro). I don’t get a crash rapport, the game just freezes. I can see on second monitor, the SSD read just stops, when the crash occurs.

This is where the game stops responding: 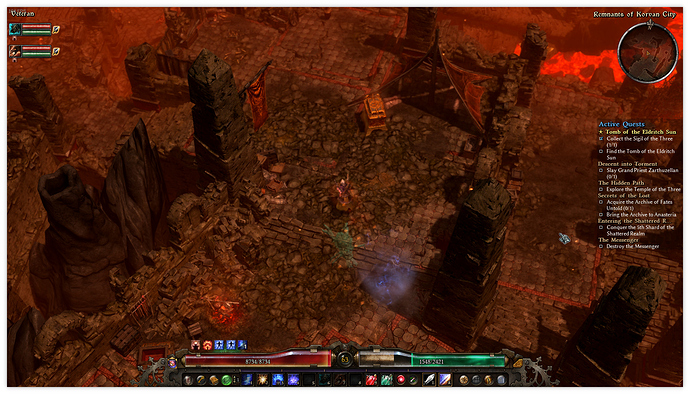 If I can help provide any other info, please let me know.

This is my graphical settings(recomended post from other thread): 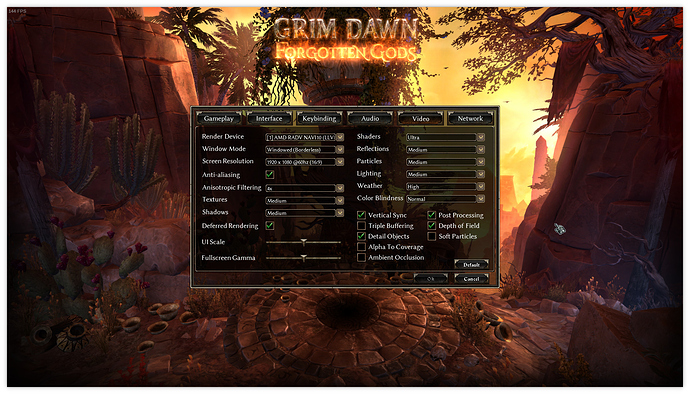 This is amazing!
I can’t speak for shandogs, but I just walked past the pretty chest that taunted me yesterday.

Last night I whined, and today it’s all fixed! I know it’s not the case, but it feels like you dropped everything to fix the game for me. Thank you all so much.

Edit: Guess I spoke to soon. Same issue as before, but this time a bit further up the path: 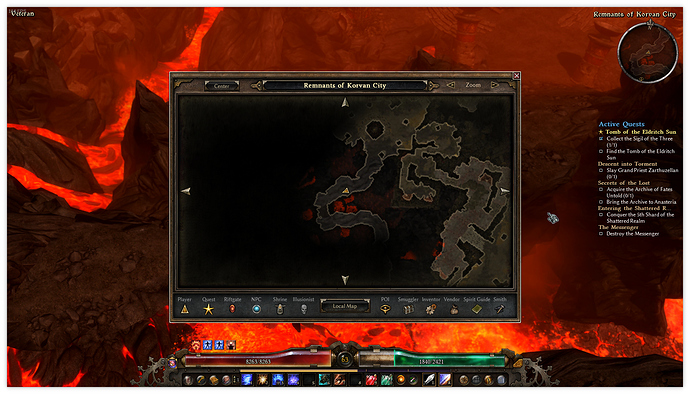 It doesn’t matter if I go down the windy path, or left towards friendly’s, game stops responding.

Yeah same result for me. Was able to finally progress but ended up stuck again at the same place as JohnnyBoy.

GD in steam just recieved a hot fix, check it out guys.

That’s the reason I edited my post above. I allready updated before posting. Thanks for the heads up though

I’ve been collecting a bit of info, to gauge how serious our issue is, in the grand scheme of things.

From what I learned, It’s not a terrible situation. We obviously miss out on the story mode, and… a handful of locations(?). That’s a bit sad, as it’s an interesting story. I was looking forwards to learning what happens with Crazy Lady(Daliah) and her brother. And the obvious Kymon/Vigil rivalry.

But as far as endgame content, there don’t appear to be any issues at all! I doubt there’s any coded locks on completing story mode to unlock rares/epics. That seems to be level dependent.

So, for a crummy situation, it’s perfectly recoverable, IMHO.

EDIT: There’s probably also some Steam achievements we will miss out on, if you care about that sort of thing.

I might add that this issue will probably be resolved for you with v1.1.8.0, if my theory is correct.

That’s amazing news! I must have read your response with my pessimistic glasses, as I thought hope was minimal, at best.

I’d happily take a ‘probably’ over a ‘unlikely’. I really appreciate you looking into this, even if it only affects a couple of us.