I don’t normally play casters, or at least non-weapon damage casters, but I’m a sucker for item provided spam skills and I’ve been trying out more single and no RR class combos lately. Not a ton new here, @Plasmodermic had a deceiver and what the fuck @Duchy search results are now shit up because you talk about all your builds in every damn thread, can’t even find the other elemental obliteration attempts. Anyway, it’s been used a bunch of different ways recently with conversion, but didn’t see much for Mage Hunter. @romanN1 and I tried a bunch of different gear options with very similar results, so lots of flexibility here. 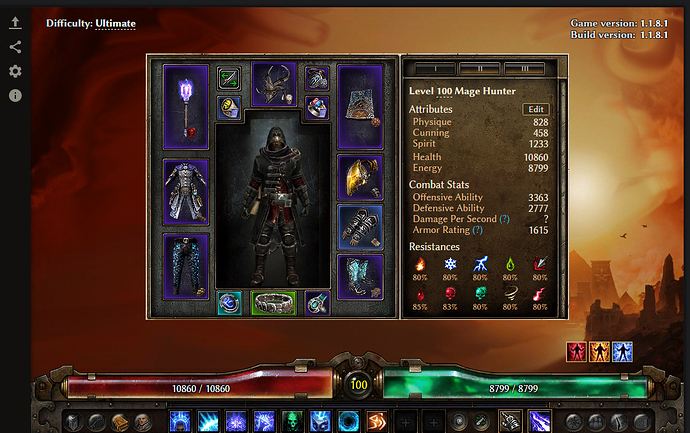 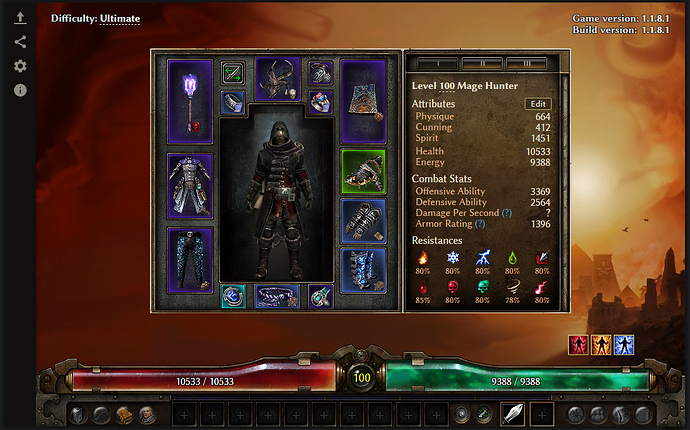 Core Items: Myth Tome of Arcane Wastes. Gives us the skill and nice stats except no cast speed because no one knows why. Horns of Korvaak give us some bat conversion, % RR proc, and stats. Fateweaver is a super solid defensive chest that gives a ton of resists in one go. Fateweaver pants also give solid stats, skills, and a defensive proc. Bane because we need leech without any WD skills. Mark of the Shadow Queen helps bump OA to take advantage of the nice crit we have, and still give some aura damage to make up for lost WoP damage on other options. Myth Inscribed Bracers for stats and resists. Finally Heart of Malmouth necklace for WoP RR that we desperately need.

Options: And that’s really it. From there the shoulder option is the big choice, which will then determine your belt. If you have a great MI Ugdenbog Waistguard belt, roll that and Dawnguard shoulders, which has better survival with additional bat devo conversion. If you’ve got awesome Ascended Epaulets, roll that and slap on arcanoweave for full +1 to the build. Ill Omen or Magelord both work solid in the boot slot. Rings have Runefather, Lorekeeper, and Reign of Ice and Fire as options. Slot the latter if you want more sustain, the former two for damage.

After testing Spelldrinker was still coming out slightly ahead of Temporal Tempest dagger, but either is potentially fine. Bargoll’s Heart may work, but you’d have to roll high phys -> ele conversion on the prefix, otherwise your sustain suffers too much with the unconverted physical damage.

Like most Elemental builds, the big two Sage and Seru add a bunch of damage. Gear focus and attribute points are therefore focused on as much ele % we can find to jack the beam and procs up to the moon. Since Obliteration carries very high flat RR on the skill, we get to go trifecta and add in leviathan for MOAR PROCS. We then round out with chariot for big OA and a minor heal. If you’re comfortable with the conversion and sustaining with bat, you can go full bonkers and add Magi as well for fissures.

Gameplay: YOU MUST KEEP STORMBOX ACTIVE. Stormbox is the #1 unbeatable proc skill in Grim Dawn and I will hear nothing else. Bat on Stormbox, especially with two tethers, is basically spamming at cooldown. It also allows you to kite and heal when needed. Proc rate on obliteration is not as good, and when you stop to kite, welp.

Otherwise, seru + sage + levi + WoP + Corruption makes trash vanish. Focus on big targets, keep two tethers up when possible. Then laser beam the shit out of them. Some boss rooms are actually easier if you engage more than 1 target for bat spam, especially if it’s that skank Iron Maiden with her high ele resists.

Use mirror either upfront on multiple big boys to melt them before damage can kick in, or on tight spots against some nemesis.

Big thanks to @romanN1 for helping CR testing and gear suggestions, as his survivability tweaks are the better way to go since the time/damage stays the same!

and what the fuck @Duchy search results are now shit up because you talk about all your builds in every damn thread, can’t even find the other elemental obliteration attempts.

In the past when Duchy used to have Duchy tag, you could have excluded him by

This is the only available option to exclude something / someone from search I think.

The following illusion might fit because it contains all elements: 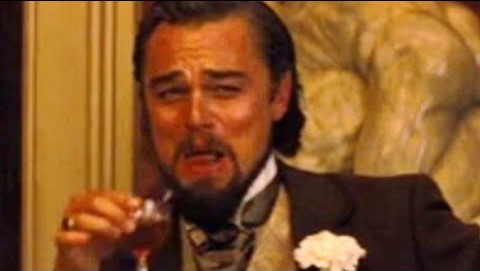