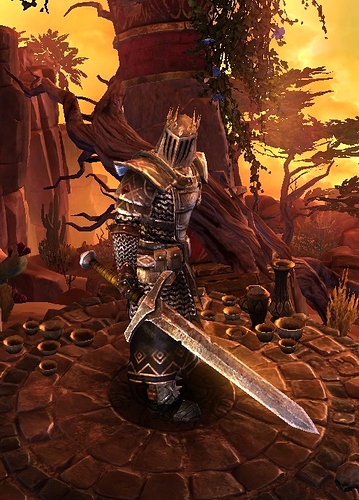 Hi everyone, I want to try new Goredrinker set’s pierce cadence part with a tactician. I used 2H to see how it perform first then I’ll re-spec it to DW and will share it in future. Maybe I did something wrong or couldn’t optimize the build but it has a weird damage output that I disliked; so didn’t pushed for it’s limits.

I did at first, it is only useful among crowds and does nothing in boss rooms except pulling near bosses aswell. HoG atleast provides AoE damage and lifesteal with it, has shorter cooldown and smoother cast animation.

Pants; the main goal is to increase OA/damage. ‘‘Menacing’’ is a good prefix and overcaps your bleeding/chaos resistance but suffix is not important, though I suggest you get affixes with Cunning bonus.

Same deal with belt, ‘‘Aggressive’’ prefix is okay, ‘‘of Shadows’’ is totally unnecessary, I took it since it provides pierce damage, anything with OA bonus is okay.

Medal; ‘‘Stonefaced’’ is not crucial, it caps your stun resist and provides armor but ‘‘of Boar’’ is very useful, you invest less points into physique and spirit.

I wanted to see how pierce Cadence works outside Blademaster but as far as I experienced, I don’t suggest you to make a Bleeding Cadence Tactician. Sustain is inconsistent with my pierce setup, with more DoT damage, it may become a walking corpse. 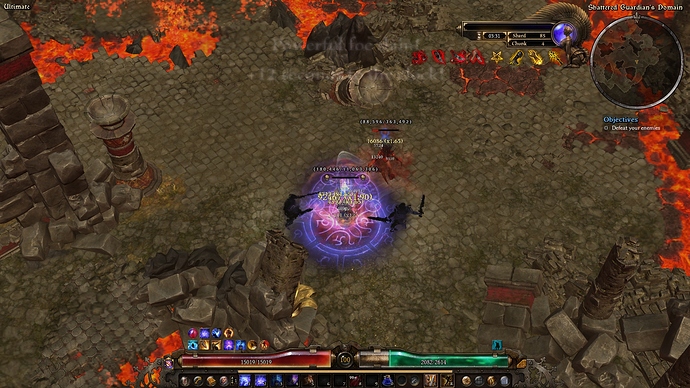 I did some 85+ runs but didn’t enjoy it. After some point the damage is insufficient thus build lacks sustain and becomes squishy. But at farming range everything is consistent and you don’t even die.

Tried Ravager 2 times but died at last %20-25 health. It’s possible beceause I’m really bad at controlling Seals after kiting but not an easy combat since even with OA pharma, you hardly crit hit.

Didn’t tried Mogdy since I lost motivation after some point but it’s possible I guess with enough lightning resistance overcap.

PS: I asked from devs to have a 2H MI Sword that supports AA skills and Pierce damage for Tacticians, Vindicatiors etc. Instead they added %10 AS to field of command. Which as you can see it’s not enough.

Build has bad sustain because of two reason; the major reason is low attack speed, the second is 2x basic attacks before Cadence. Since we can’t alter the second one, to be able to make an 2H Pierce Cadence, we need a weapon with attack speed, preferable an AoE proc embed on. 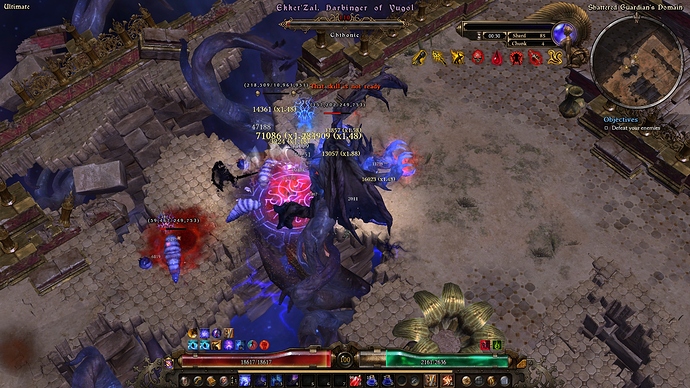 It’s definitely more squishy now. No significant damage increase. I had the same feeling that I had while playing DW Cadence Warlord; clearly I didn’t like this one either(hell, 2H was even better) so I’m not gonna explain it with details. Maybe someone build this concept better than me or even they pilot it better than me so I leave it here for examination.

what u think of this, +10% attack speed https://www.grimtools.com/calc/q2max9z2 (also made some small skill change)

%10 AS and a bit more damage while on seal is good but won’t think it’ll make a big difference. And I doubt that %5 AS worth losing Arcane Spark, especially in SR, for crucible it might be better. If I had GDstash I would craft the belt and medal with Cutthroat prefix. Though Kilrian’s Shattered Soul instead of Titan Plating might be a good idea, I used it for armor mainly, it provides 250 armor or so.

If you want skill disrupt, you can also get “on incantations”

If you want skill disrupt, you can also get “on incantations”

Which is an harder to get suffix with physical/pierce based gears. Same for Gildam Arcanum.

Spend one day in ancient groove and farm the vendor

Spend one day in ancient groove and farm the vendor

I have a few, for other people it would be more unrealistic, I have 3 pages of ugdenbog girdles, I kept almost every useful variant.

I have cutthroat belts aswell, not with good suffix though, need OA to proc AM and Deadly Aim.

Tried the same thing as you, but ended up settling on a ranged version instead. It feels a bit smoother, probably thanks to the higher AS you can get with good rolls and synergy with Inquisitor WPS.

It would boost the set noticeably if they swapped the 4pc fighting form bonus for a +3 to cadence. It seems like every cadence-related piece of pierce gear has FF and none of them boost the actual baseline skill.

Tried the same thing as you, but ended up settling on a ranged version instead. It feels a bit smoother, probably thanks to the higher AS you can get with good rolls and synergy with Inquisitor WPS.

Ofc, you can also use Messenger Repeater but there is already Valduun set option for Ranged Pierce Tactician but I’m sure range version performs better than this one.

And yes Cadence bonus would be much better and maybe they add some flat pierce damage on helmet and chest.

0/10 because no Mark of the Farseer for bleed damage on Corn of Gandarr.

Joking, nice attempt at Goredrinker tactician. Is it just me or does this set really feels like the weakest of the 3 new sets?

Not sure, DW version could be better, this one also above average so can’t say it’s really that bad. Other alternatives like Paladin or Warlord haven’t been tried or posted yet so can’t comment on them aswell.

But if you try to make a Warlord with it, you absolutely need a shield with high phys resist…