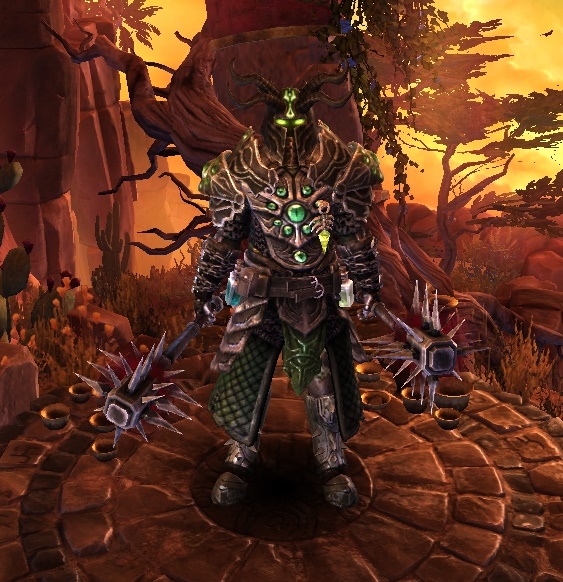 Because of low OA and non-existant DA shred, the already low chanced proc from the ring was useless so I used Cursebreaker instead, which provides %12 RR and better stats.

At first I was using that but Blugrug provides better damage interestingly and Fire>Vitality conversion is useless since build already has more than %100 elemental>vitality conversion. So I decided to use 2x of Blugrugs.

The damage from Smite is huge so I wanted to hardcap it or close to that so I used Korvaak’s Brand for skill points also the wps from medal atleast fully converted when you compare to pierce damage so it’s better for damage but ofc Direwolf provide 60-70 more OA.

At first I was using Signet of the Damned because you need +2 RF bonus to get ninth charge but I had to change the gloves for better stats thus I needed AS to reach %200. And even though Deathguard Sigil doesn’t give flat or %vitality damage, the soul harvest points compensates it so it’s breakeven with Signet of the Damned. And unfortunately Gargabol Ring has wrong resistance on it and it would require perfect affixes to fit in the build.

At first I was using Revenant and Ghoul with a more usual DG+Rattosh path but build was too squishy, so I decided to take Wendigo+Scales to survive. Also this path increased phys resist and health so it’s total win.

Build might do some more with this setup but even with my efforts to make it tanky enough, build still squishy so prepare to die a lot to reach SR 90.

screenshot08.jpg1920×1080 1.19 MB
No change made. I used Lifestealer Oil, 2x Courageous Tincture and 1x Aether Cluster. Rather an easy fight, just don’t be greedy because build has no Circuit Breaker.

No change made. You only need Stormshroud Ointment for extra lightning resistance, quite an easy fight.

If you’re wondering how it would be with perfect MI’s https://www.grimtools.com/calc/w26rwLA2

did you try with haunted steels for obscene life steal values? Or is the crit dmg from the seal of blight worth it so much? its just 12%

Calla is impossible with this build.

Yeah, and all build has is %12 without Hungering Void so I didn’t want to have 0 crit damage just incase -%30 crit damage mutator. Although the crit chance ia very low so haunted steel might work better but it won’t make miracles.

Thoughts on Mark of Plagius? The flat vitality damage seems pretty good and since you could get stun resistance there, you could afford to go String of Maggots.

Thoughts on Mark of Plagius? The flat vitality damage seems pretty good and since you could get stun resistance there, you could afford to go String of Maggots.

How am I going to use DW without medal? Belt option converts vit>acid and relic option would be even worse. Even for 2H version, Namadea’s Eye is better than Mark of Plagius because you can’t convert acid but Namadea provides ele>vit conversion.

How am I going to use DW without medal?

LoL no worries, everyone can be abstracted time to time.