The build I am going to present today has roots from the past. When I complained about questionable mechanic of Vitality conversion in Frenetic Throw modifier for Phantasmal Blades. That it spoils conversion and makes you lose a big chunk of possible converted Damage. All information I got that day was: no one knows why such conversion was implemented, the game was balanced around this mechanic and not going to change, if I want to play something different from Pierce or Vitality spammable PB - convert what you can and enjoy, the skill itself is pretty strong

. Ok then. Let us try some non-standard idea - Fire Phantasmal Blades and see what it is capable of.

First I wanted to make Saboteur, but it was so squishy. And no Exclusive. And points-hungry. And I do not like the class

. On the other hand, Dervish has some useful bonuses, as well as RR, %Fire Damage, Ascension, Resilience etc. The choice is obvious.

All right, here is the build.

I have chosen defensive route with Empyrion and Scales to have at least some chances to survive. Magi instead of Torch helps with damage, single and AoE. Because %Fire Damage is quite low, Spirit dump is recommended, Physique only to equip Armor, nothing more. 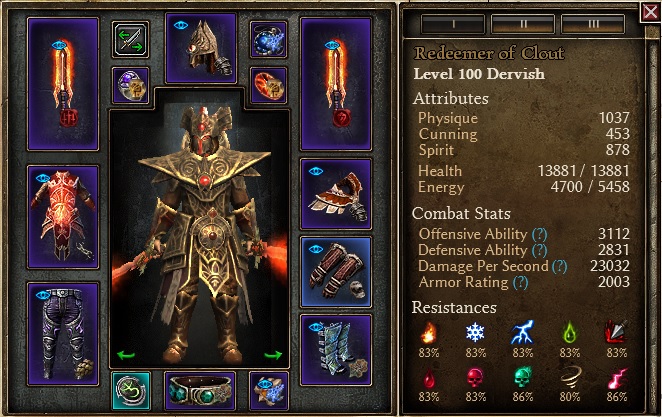 general stats, only passive buffs and Pneumatic Burst are active 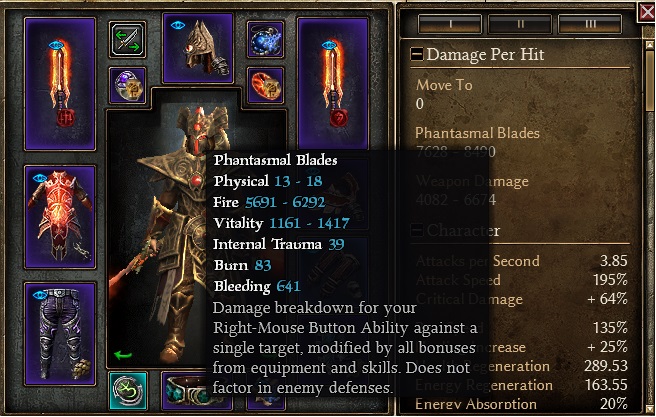 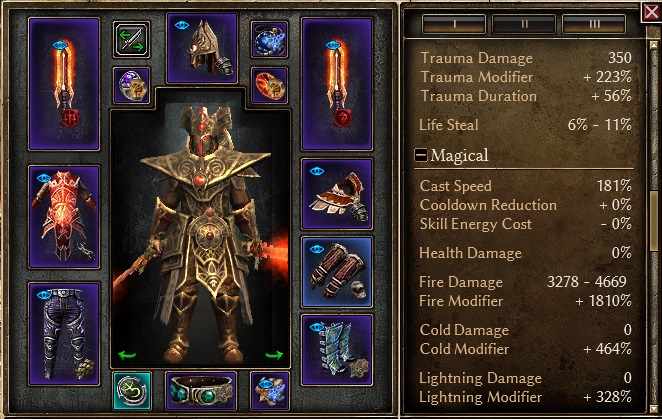 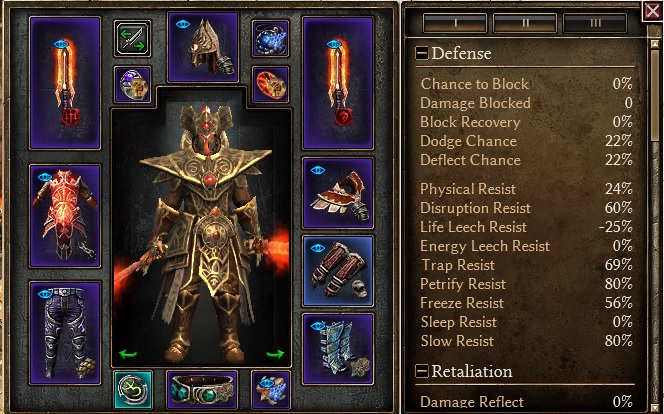 3. Gear/Build explanation
The gear I used provides full conversion for Phantasmal Blades, its 24/16 skill level (so that we have 6 blades per throw) and RR.

About Resistance Reduction. Total amount is ~116% (-37% from modified Veil of Shadow, -28% from Guardians of Empyrion aura, -8% from Combustion Band proc, -23% from Solael’s Witchblade constellation and flat 20 from Scales of Ulcama constellation (when hit)) plus up to 20% RR from Viper Constellation. Ok, but can be better. Fire-resistant enemies can be quite dangerous (like Grava’Thul, Shar’Zul, Gargabol), also Kuba is surprisingly tanky.

4. Gameplay
Always try to keep enemies under your Veil of Shadow aura. It means middle-range or close combat for full effectiveness. Spam your Fire blades. Uptime Pneumatic Burst and Ring of Steel against melee fighters to fumble their attacks as well as stunning them. Ascension for damage burst/defence. Blade Barrier in some dire circumstances only (invincibility at the cost of movement and attacking). Vire’s Might and Chaos Strike for mobility/critical Damage Reduction. Energy management is not a problem despite not having an Off-Hand thanks to Scales and nice Regen. 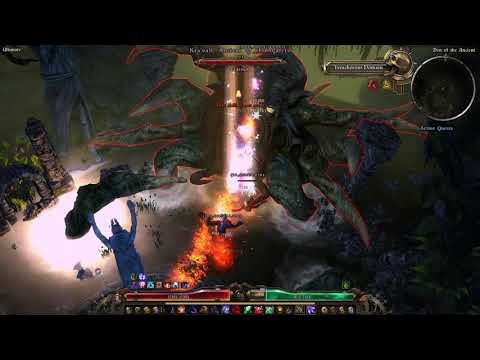 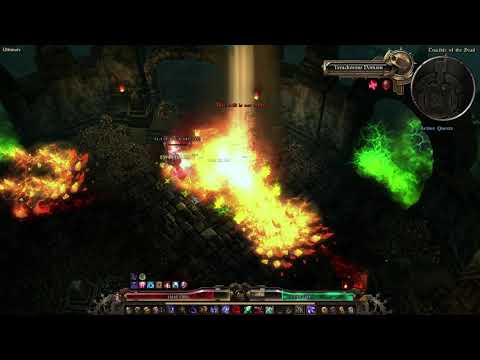 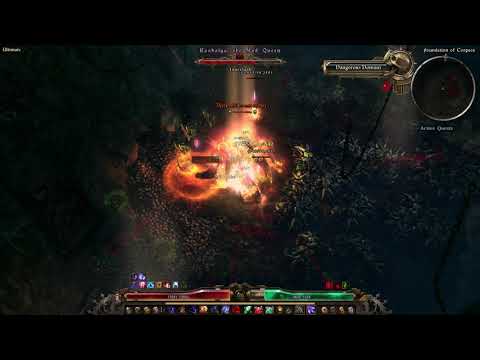 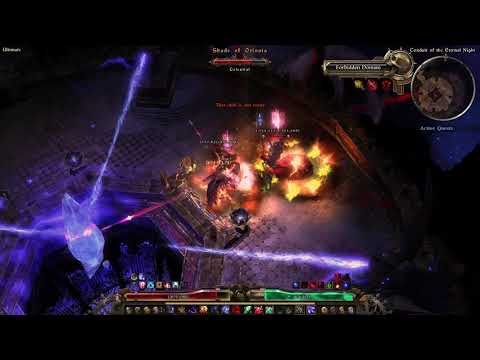 Avatar of Mogdrogen (surprisingly easy fight, even though it is longer. But what do you expect from build with less that 2000% Fire Damage without Spirit?

Potions are in the video). 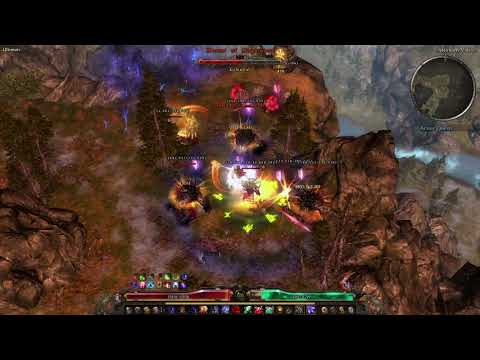 New! Clones of Burbon. The fight and boss are not great, loot is garbage, but music slams 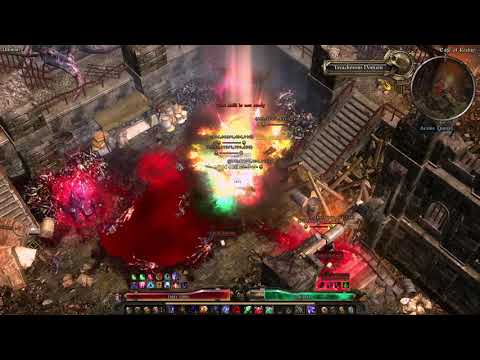 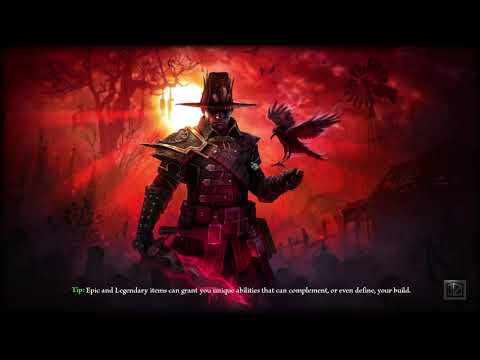 Shattered Realm 75 full run (I feel more comfortable in 65-66 Shards, 75 and higher might be inconsistent). 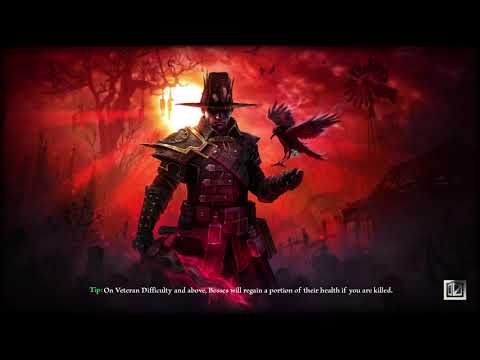 The conclusion? Build is decent

. Much tankier than my ill-fated Chaos PB Witch Hunter and comfortable to play. Performs better than some “intended” builds

. Of course, not from top-tier, but does it really matter sometimes?

Hope you like it. Feel free to write your questions/feedback.

Reserved. Nothing more to say.

Neat build. Binding magi to vires might or pb will increase dps by quite a bit. Guardians are really bad for procing it on cooldown. Also is double spark required for energy or would seal of annihilation work? I would imagine eng leech from scales + that level of regen would be sufficient.

Neat build. Binding magi to vires might or pb will increase dps by quite a bit. Guardians are really bad for procing it on cooldown.

Vire’s Might - only if you rush the map frequently, not the case in my gameplay (in Crucible maybe). I would rather have reliable RR proc on my spam skill, so Guardians with binded Magi is a nice complement to damage.

Also is double spark required for energy or would seal of annihilation work? I would imagine eng leech from scales + that level of regen would be sufficient.

Mostly for Disruption Protection. Seal of Annihilation also can be used.

Can this build beat Gladiator Crucible 150-170 in less than 4 minutes?

Did you miss this meme? Have you wondered if it survived last three patches? The answer is: yes, it did

. Got some buffs even. Here they are (with nerfs, of course):

. I was just lucky. Slightly better damage for each Phantasmal Blade and resistances are pretty good. Here is my current Grimtools link: Dervish, Level 100 (GD 1.1.9.4) - Grim Dawn Build Calculator. Rest of the items did not change and you may still use Signet ring though.
A strange performance I had in SR 75: 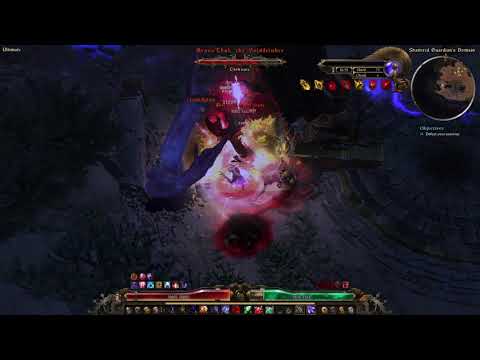 One question. Since when did Fabius become as much Fire-resistant as Grava’Thul?

Anyway, thanks for reading this topic and have a wonderful day!