Looks like, another build is going to be posted in 1.1.9.1. But before I present it, a few words about some classes, if you do not mind.

Templars are awful. They do not synergize well, too points-hungry, fragile despite good stats on paper. I failed to build so many of them. Acid TSS one I deleted just not to see again. But Templar fails before my new hatred number one - Witch Hunter

. I will never touch that piece of thing again! But from that ragequit I received some inspiration (or dare I call it - despair) to make something viable of my last remaining Templar, that can be used in endgame. I could not delete it. Just could not.

Tirade is over. Let us talk about the build.

I took Aeon in another Aether build too - Veilkeeper Spellbinder. The concept is similar - use defensive mechanics of the class as frequently as possible. Except instead of Mark of Torment we have Ascension. No Phoenix though - we need Revenant and Solemn Watcher so much. Yes, I tried Rattosh path with Scales to utilize Vitality-to-Aether conversion. It resulted in less damage and much worse survivability (do not ask me how 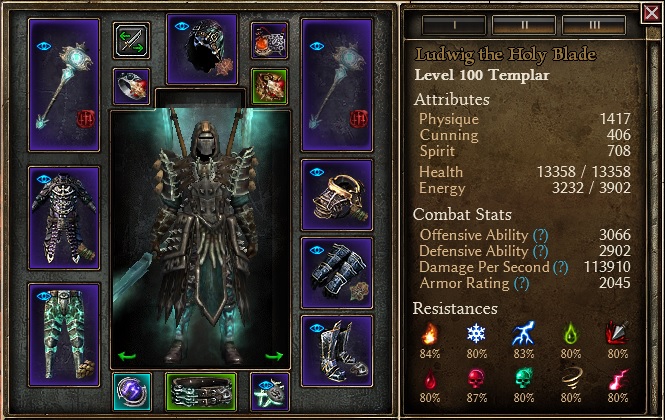 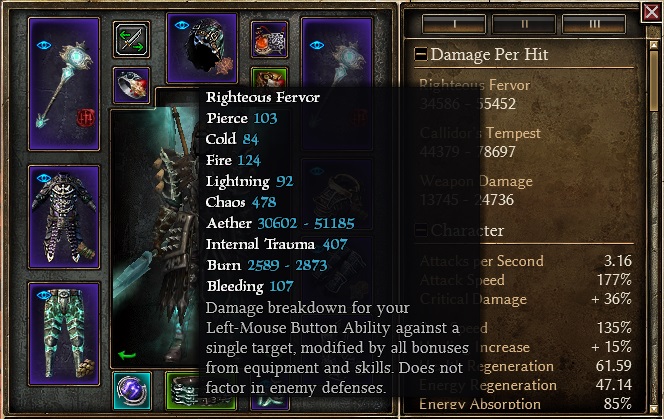 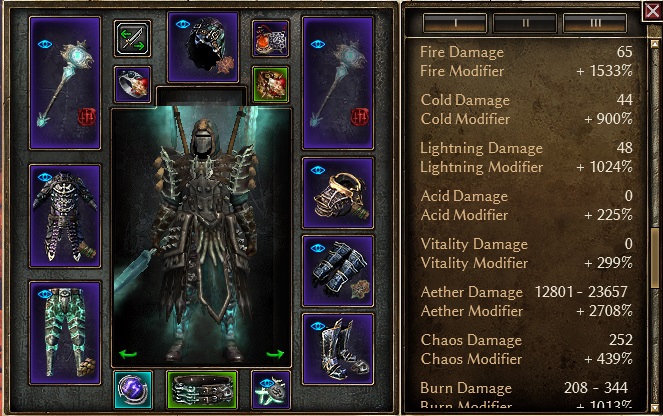 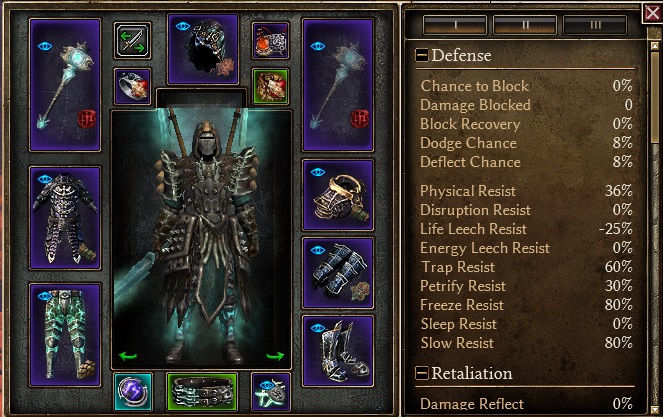 3. Gear/Build explanation
Like Veilkeeper Spellbinder, this build has no optional gear. Many items are farmable/craftable, which is good.

Craft items with %Stun Resistance (if you are lucky - one with Stun, other with whatever you desire).

About Resistance Reduction. Total amount is ~84-86% (-15% from modified Guardians of Empyrion, -10% from Band of the Eternal Haunt proc, -35% from Widow constellation and flat 24 from Revenant constellation (26 if Smite procs

)). Not great. Aether-resistant enemies are pretty sturdy (especially Reaper and Aetherial wisps). Arcanist side helps though.

4. Gameplay
Charge through Vire’s Might or Chaos Strike (apply its %Damage Reduction to your most dangerous enemy) and kill everyone with RF. Procs will deal great AoE, do not worry about it. Pretty simple. Two situations:

Do not forget about Nullification! 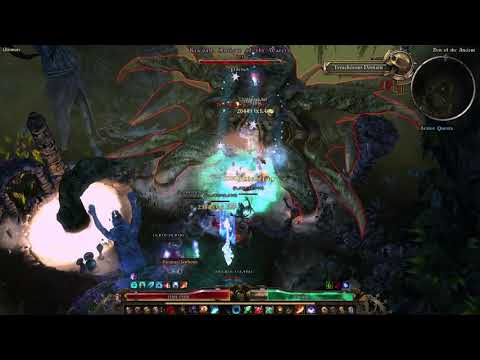 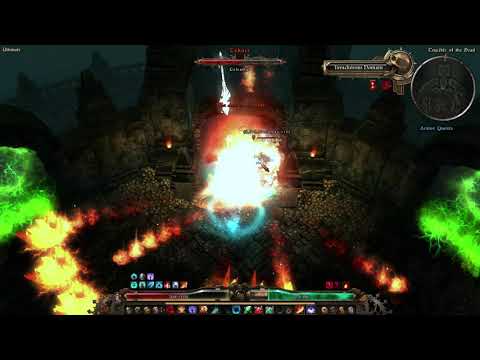 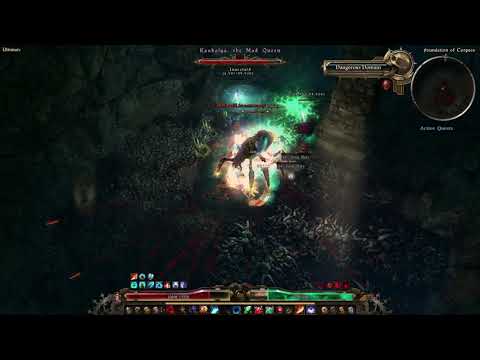 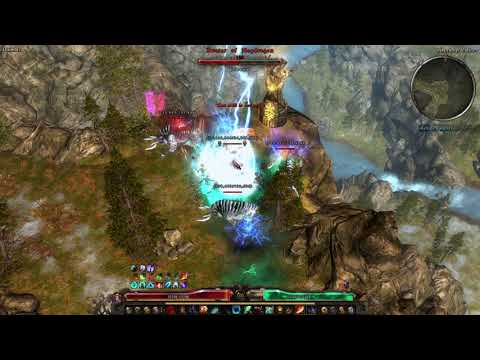 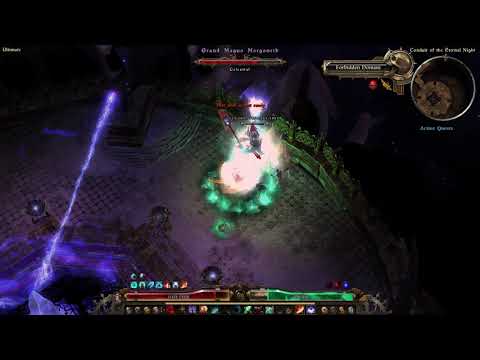 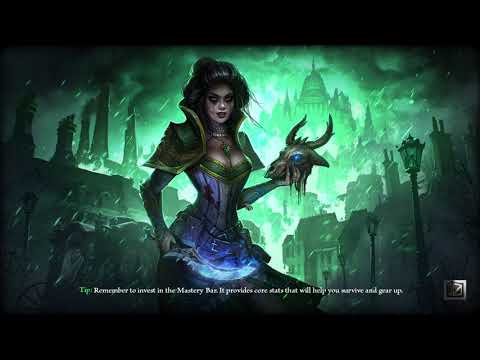 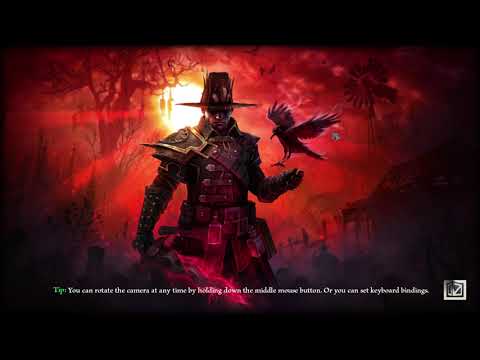 Ravager of Minds crushed my poor Templar, barely lived through Phase 1, after that he is not doable (unless you like to run away often, like I did, but is it a victory? I doubt it

). The build is not suited for that fight. Did not try Crucible.

So, this is my last effort to make Templar work (for me). The build is okay in MC, dungeons, totem farming, Nemeses and some Celestial kills, more or less consistent SR running. But nothing breathtaking. Maybe in the future it will shine slightly brighter. Who knows?..

. Every comment is highly appreciated, as usual. Have a wonderful day!

Were you at my side, all along?

but is it a victory? I doubt it

). The build is not suited for that fight.

Killing ravager is a great achievement. One cannot set facetanking ravager as meta.

Killing ravager is a great achievement. One cannot set facetanking ravager as meta.

True. But there is a huge difference between kiting (when Ravager pursues you) and aggro-abuse (when you run away until boss returns to its spawn place). In many games monsters restore their health when losing aggro and it is right, in my opinion. Not the case for GD. But it is up to Crate to implement such features.

Another build needs update for 1.1.9.4 patch. Or, rather list of minor changes it received. Here are they:

New Grimtools link: Templar, Level 100 (GD 1.1.9.4) - Grim Dawn Build Calculator. All items remained the same, only got a better belt and removed a point from Volcanic Stride since it did nothing (I used Cord of Violent Decay first, so it was some damage back then). The build remained weak, in my opinion. Look at the performance here: 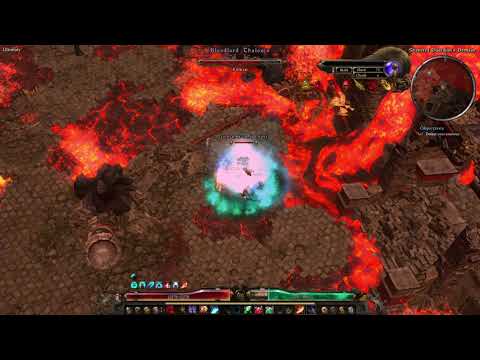 Still no damage, no defense unfortunately