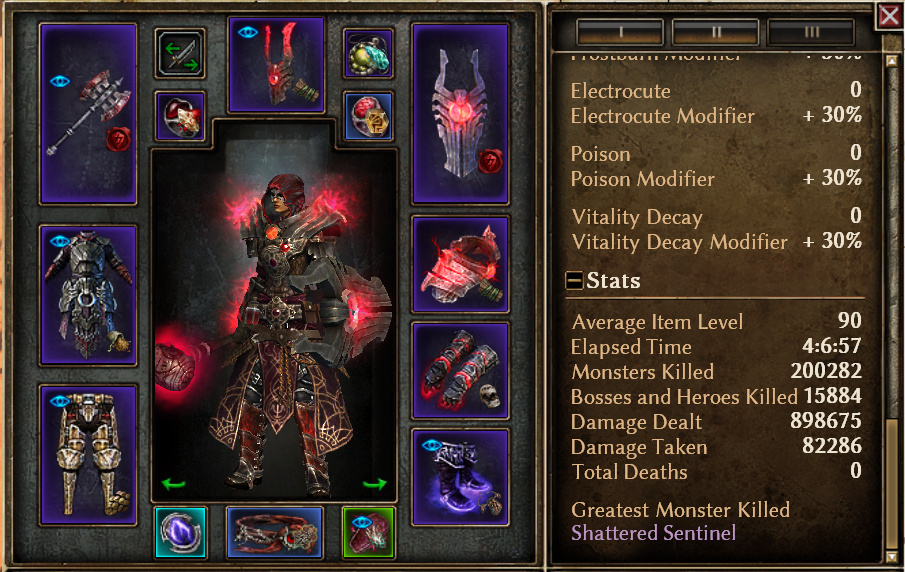 Priest of the Damned is a vitality+chaos offensive ‘Spell Shield’ concept build, using the Voidsoul set. Over the last few weeks I’ve been exploring the concept of a ‘Spell Shield’ - A build that uses magic to shield themselves and their allies, or magically infused shield to strike their enemies. Or, perhaps it’s a shield-wielding caster, who also uses magic to strike their foes. Spellshields thus could be offensive casters, or spellcasting tanks, or melee builds with shielding magic that extends to their allies. But really, we’re just in the traditional fantasy rpg class realm of “Clerics”

This build has hard hitting abilities Aegis of Menhir and Doom Bolt, each with reduced cooldown. Doom Bolt has 100% chaos to vita, and 100% vita to chaos conversions, making the damage conversion a bit redundant. I’ve used this to keep the build as a Vitality+Chaos hybrid build.

Aegis of Menhir crits often between 300-500k damage, and as high as 898k. If you’re lucky and you get the 100% cooldown reduction repeatedly, it’s a very good time and you can deal massive spike damage over and over again to enemies. It heals for only 6% of it’s damage, but the damage is so high and it can of course hit multiple targets, so, a single cast of this skill will also heal you a considerable amount.

In the above SR video, in shard 1 I get debuffed and very close to dying thanks to Grava’thul. After kiting and dodging a little, I decide to heal up by attacking him. Even with his massive lifesteal resistance, the healing is still very potent because the damage on Aegis and Doom Bolt is so high. 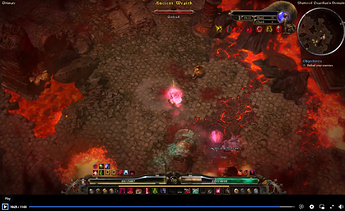 image.jpg1454×890 383 KB
When your hp drops down to double digits so you throw a shield to make everything better…

The build can run a little low in energy from time to time, but it seems to be nothing that an energy potion can’t fix. Oblivion is the caster ‘default attack’ of choice, hitting/critting for around 50-80k damage with all debuffs up, providing fumble/impaired aim to enemies. With high weapon damage on it, and the build’s high lifesteal, that also helps to keep this build alive.

Side Note: I’d be excited to try this build in multiplayer with a crit-boost support build like this one: https://www.grimtools.com/calc/b280bXe2 . This support build gives the team +24% OA +63% crit damage, which of course would send Priest of the Damned’s damage through the roof.

I would suggest you the following modification:
https://www.grimtools.com/calc/L2JvvKa2

I would suggest you the following modification:
https://www.grimtools.com/calc/L2JvvKa2

There’re things in the modification that I like, and things in the original build that I prefer. Rapid fire doom bolt is nice of course, and overall likely better damage per second. But I do love the extended width on doom bolt. I also like that with the axe from the OP, Doom bolt is Chaos/Vita damage instead of 100% chaos.

From the modification, a couple of extra points in Avenging Shield to get another target hit in is wise, and of course the extra Offensive Ability is significant and will boost damage a lot.

The extra damage and damage absorption on Ascension is nice, but I don’t like investing so many skill points into something with less than 50% uptime.

Ok, I just thought that sitting on two seats (chaos + vit) decreases your damage and you would better go for chaos as primary. However, in your case combined damage may have sense.

At very minimum, you should put 3 more points to Avenging Shield and 1 point to Resilence. It won’t change your playstyle at all, but will make the build stronger. The clear source of points is Solael’s Witchfire or Second Rite.

Agreed - At the very least I should swap those points out

Build is missing 2nd resist on the conduit

Priest of the Damned is a vitality+chaos offensive ‘Spell Shield’ concept build, using the Voidsoul set.

Great job here @WyreZ as usual. Top notch! Interesting use of the set + weapon - I hadn’t explored this aspect of Voidsoul yet.

Ok, I just thought that sitting on two seats (chaos + vit) decreases your damage and you would better go for chaos as primary. However, in your case combined damage may have sense. 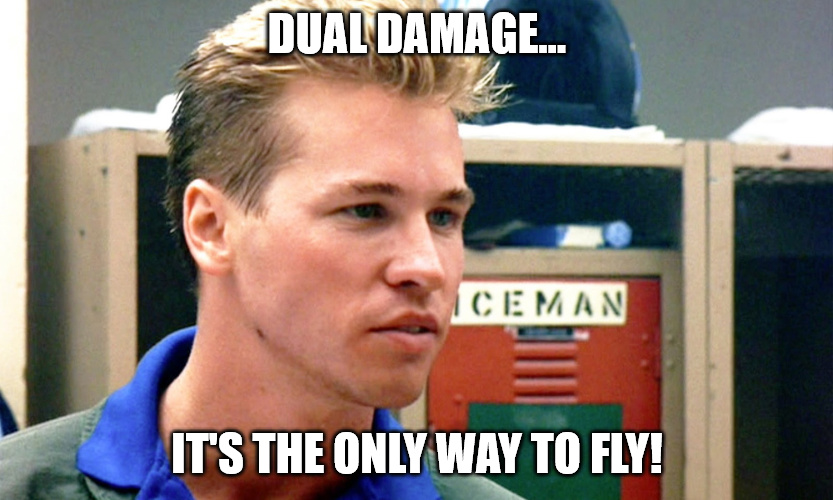 Ah thank you, and very cool re: dual damage builds!

I’ve made a Vita/Acid build in the past too (and the good ol’ ele/tri damage build), but there’s so much avenue to explore dual damage builds. Even going the Lightning+Aether path or Chaos+Fire path, there’s quite a lot of support for these sorts of dual damage builds!

Great build btw. Can i swap Sigil of Depraved with a Ring of Batsi because i have spare one in my invnetory ?

Yes, but you might have to adjust some skill points and you’ll need to make sure you get some elemental resistance to make up for it.

But really, we’re just in the traditional fantasy rpg class realm of “Clerics”