I wasn’t expecting to post something again so soon, but i managed to obtain the Kilrian’s Shattered Soul i needed for completing a Primal Instinct relic and that was one of the key elements for this build.

This isn’t exactly a new build. I already posted a Winter King Pet build in the past and this is an updated version. I thought about just throwing this into a post in the old thread, but the build feels different with some key changes, so i decided to open a new thread instead. 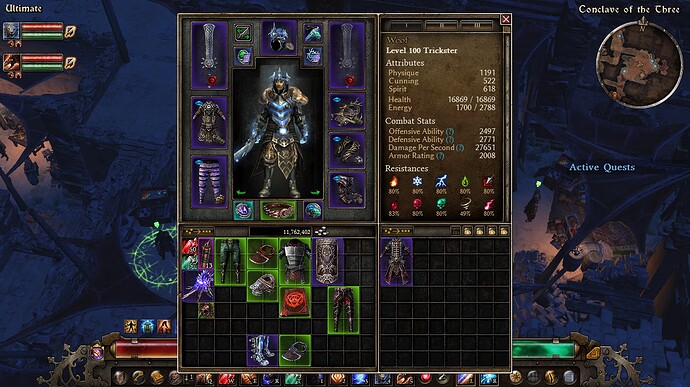 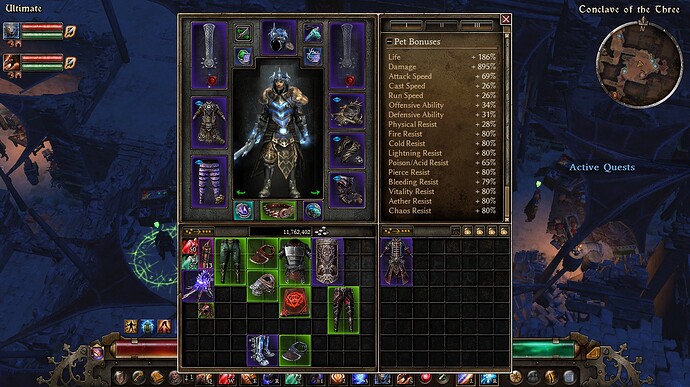 I’m not going to write another massive thread and i’m just going to point out the changes between each build. The main difference is the removal of the Beastcaller Helm for the Crown of the Winter King. With this the build achives full conversion of Physical to Cold damage which was a big problem in the original build. For some reason, despite not being a set, the Winter King items need to be used together to achieve full potential in a Pet build. It doesn’t affect them as separate items, but for Pets it’s a big deal that the conversion requires both items. Even weirder is the fact that Winter King sword has 50% Lightning to Cold conversion, but the Crown can achieve 100% Lightning to Cold by itself.

Well, the result here is the removal of the extra Briarthorn that we would have with the full Beastcaller Set. And that’s not cool. To make up for that, i decided to use the Mythical Heart of the Mountain to get the Chillmane Pet. It’s an item that seems designed for this build anyway. But that’s another 25% damage loss to Briarthorn with the removal of the Zaria Amulet.

The final equipment change is the relic. Because the Crown gives the player a skill that can be used for damage and long range combat, the Arbiter relic becomes obsolete. I decided to go with a Primal Instinct relic for extra 5 pets it can summon which greatly improves upon the major weakness of the original build: lack of a high number of Pets. This provides a massive improvement in damage and more bodies to distract the enemies.

I also wisened up a bit and corrected a mistake from the previous build. I dropped Elemental Storm (we also use Bysmiel’s Command which makes it redundant) and took Blizzard in the devotions. This is a massive improvement in AoE and CC. AoE was the reason why i stuck to Elemental Storm in the previous build, but Blizzard is so much better. I also used a tonic of reshaping to reset my attributes and threw the points i wasted into cunning towards spirit.

Is it better though?

The build definitely feels better because of the increased number of minions. Winter King’s Might isn’t as good as Gavel of Justive, but it gets the job done. I made the same tests from the previous build. The Lokarr kill was much, much better. It’s a massive difference. However, unlike the previous build, i died once during the SR 65 run and ended up running out of time. I finished the run without any other issues. It wasn’t easy. Actually, it was really hard. But it’s doable. I’m just bad at it. I only took a screenshot of the SR completion, but i recorded a video of the Lokarr kill. They are both below. 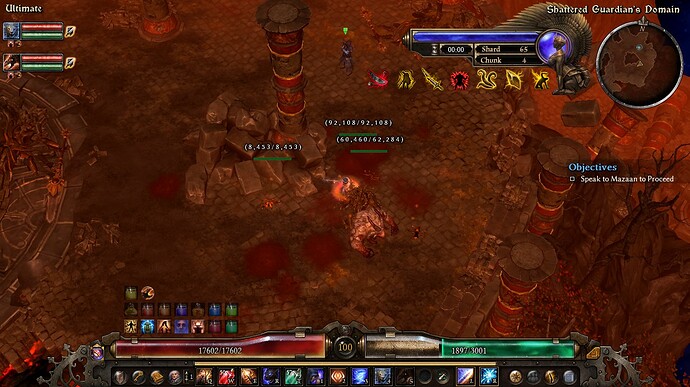 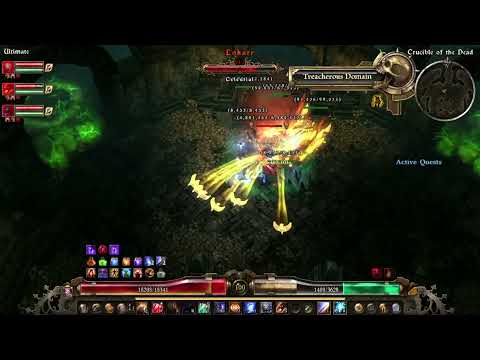