This is the first one out of my two last builds. This Oppressor is pound-for-pound one of the strongest builds currently and there is not much to add here, build is an absolute machine. I was inspired to make this build by Vitality EoR Sentinel made by @Torzini: I noticed great potential in Vitality EoR, however to fully realize that potential I thought it needed a stronger class, and what better class to choose for everything Vitality other than Oppressor.
Also credit to @Valinov for being probably the first one who put together Blood Knight set and EoR long before Death’s Reach was cool got buffed.

The stats on this one look poor. Will it work well outside of buffed Crucible?
Yes, it can clear SR as high as Shard 90 (maybe higher if you fish for mutators and bosses), absolutely wrecks SR 75-76 and facetanks Ravager.

So if you say it’s the strongest Vitality EoR build, why @Torzini’s Sentinel shows faster Ravager kill time?
Ravager, unlike all other farmable content, has unusually high DA and Vitality resistance (131%). So extra OA and RR and that Sentinel has scales really well against him while against everything else (except Celestials) Oppressor is much better

But why is Oppressor better than Sentinel or Ritualist? Death’s Reach got dual support for those two classes but not for Oppressor.
Oppressor got the strongest itemization with the Blood Knight set and Namadea’s Eye medal. And Necromancer’s skill set synergizes the best with Vitality EoR: the only EoR interruption being Bone Harvest which deals decent damage itself while offering great damage buff to EoR, passive RR, extra speed and leech from passive, big hp boost and a circuit breaker. Plus we get a decent Bleeding damage support synergy from BK set

All gear pieces are best in slot here. Build relies quite a bit on green affixes to fully shine so assembling it won’t be cheap. Look for max %cdr rolls on the weapon. I’ve tried focusing on getting maximum cc-resists when gearing it because it’s a channeling build so interruptions from cc-effects is our main enemy. Eternal Band ring was taken for its Soulfire points, speed, great resists, and a very useful disruption resist (flat RR and %RR on it scales poorly with EoR’s low %weapon damage so it’s almost useless). I didn’t take Greaves of Ill Omen because they are still bloody awful because of their Confuse proc and lack of physical resistance.
Skill distribution is pretty standard here.
When it comes to devotions on Vitality builds my philosophy is always Scales over Revenant. Especially with 2handed bases and all that %cdr (plus it’s more ergonomic in terms of QoL since we don’t use any extra buttons just to proc stuff).

Build facetanks everything in buffed Crucible. Mark of Torment or Bloodthirster are not really needed, but you can use it just in case on waves 169 and 170.

Build is an extremely fast and safe SR 75-76 farmer. Its mobility and speed are really a sight to behold.

Ravager is easy with pharma. Use pharma and smartly cycle through your circuit breakers. Don’t forget to change jewelry augments for him. Mogdrogen is easy with proper Lightning resistance overcap and both Crate and Callagadra are quite hard but doable and might require a lot of focus and quite a few tries.

All screenshots are taken with all temporary buffs 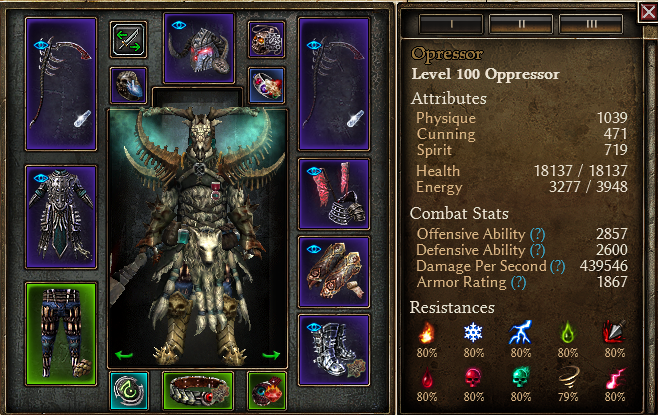 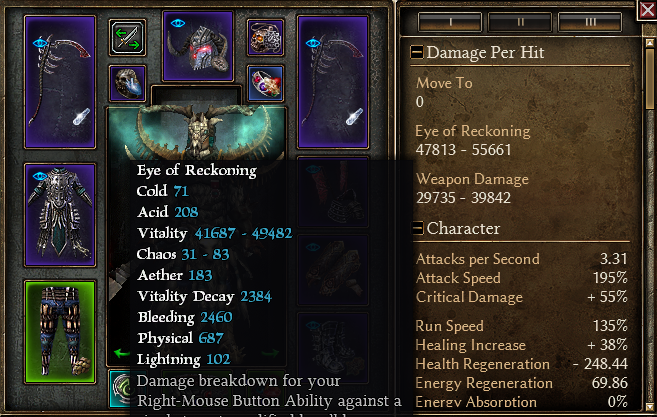 Stay tuned for my next build guide that will also include all the builds that I didn’t post on this forum.

Another great build by Mad_Lee!

Also worth saying piloting matters a lot in Crucible’s results. I did for instance 4:50 in my sole run, probably can do better but still…

Speaking of build, I like the caster hybridisation alongside EoR. BK pet, Bone Harvest as powerful nuke offering extra damage. And passive RR from Spectral Binding is really important for EoR build. In my experience QoL is number one priority for this skill. Also 2H vitality build is pretty cool, cause you can have Kraken on top of DG/Rattosh and Scales. Extra AS is especially crucial for this build, cause it’s lacking.

Some new videos vs Celestials 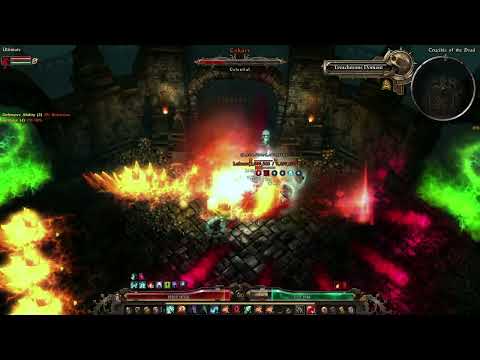 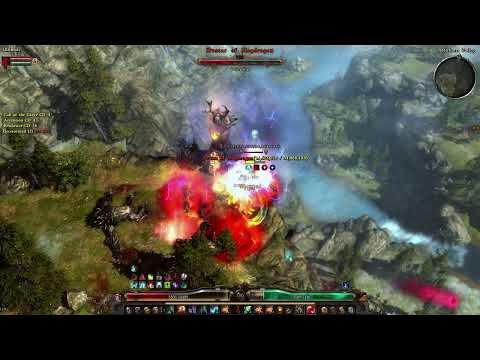 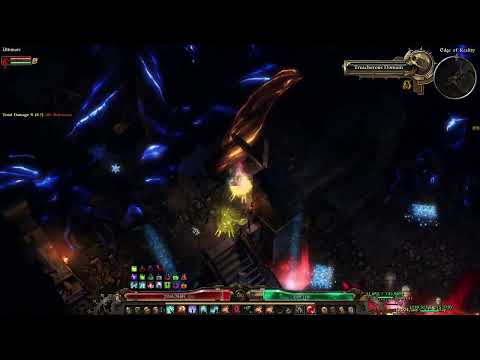 Hi all! I have been having a total blast with this build the past couple of days, and after experiencing it’s strengths and weaknesses I wanted to submit an alternative and get people’s thoughts. This is really the first “build edit” I’ve ever done here, and I’ll admit I’m not the most knowledgeable player or the best pilot, so I would love anyone’s feedback and or criticism of my edits!

Objectives when changing the build (mostly centering around a more well rounded defense):

Again, any and all feedback / criticisms / suggested improvements are welcome, as this is my first ever build edit or writeup. Thank you @mad_lee and @Stupid_Dragon for making and posting this build, respectively! I’ve had an absolute blast playing it.

Hello, GrimFandango, @mad_lee here writing you from the land of the dead, in the spirit of your nickname. Thanks for taking interest in my build. You can tweak it and play it however you want, but for optimal performance I suggest following my grimtools more closely.

there’s one problem there’s no way to place WW GD version of the classic Diablo 2/Diablo3 Barb skill and all that came w the oath keeper mastery in this game and all, I don’t see a way to add it on the Xbox controller SB/skill bar quick slot setup peace.

what are you talking about, you even have slots leftover

on Xbox it goes A X Y B but ya you’re right though You’d had the controls a bit backwards and all.

you know you can rebind things, right?