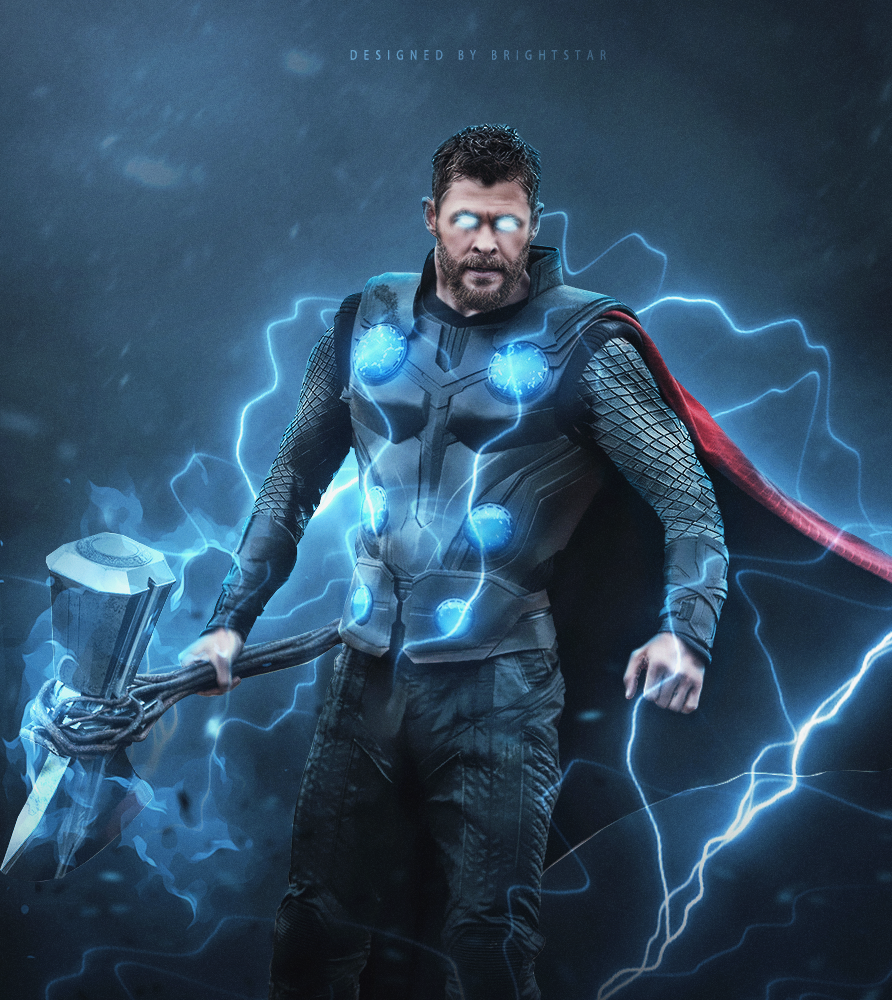 *When your Judicator set procs

**Credit for the picture goes to Brightstar2003 on DevianArt

Hey everyone, this is going to be my last build guide post before retiring. Making endgame builds in Grim Dawn has been my hobby for almost five years now and while my journey here had its ups and downs I thoroughly enjoyed it. Since it’s indeed my last build guide, I thought of telling a little bit about myself - a person behind the controversial forum personna you know as Mad_Lee. I am a Russian-Israeli filmmaker, based in Berlin, Germany. I am 36 years old, married, I love books and movies and good music. Besides computer games my second favorite hobby is boxing (which I’ve been doing for over 10 years now) and of course I love traveling whenever I get a chance.

Well, enough about me, let’s talk a bit about this build. Avenger Archon is far from something original and new. @banana_peel made his version quite some time ago, as I am sure many other builders did too. Even I fiddled with the concept in the times of “magical” physical damage meta. Lately I have been coming back to Avenger Archon trying all different kinds of specs, even the one that had Storm Totems for more aoe. While all the specs are more than viable (because of how strong the set and physical damage are), they all fell a bit less than fully optimal. Well that was before I tried using good old Judicators.

But how can you say it’s the strongest Avenger build if Avenger Warder by @RektbyProtoss is obviously tankier.

His Avenger Warder is indeed tankier (and a great choice for super safe Hardcore play), however, you would only really feel this extra tankiness if you choose to go into Shards 90+ or facetank Callagadra. For 95% of the game content Avenger Archon has more than enough tankiness and damage wise it’s in a different league altogether (no disrespect to rekt’s Warder, it was built with different goals in mind).

Why aren’t you stacking armor on it? Surely it will synergize well with such high physical resistance.

Unfortunately, Archon doesn’t have means to stack armor (unlike Warder) without sacrificing too much damage. And in the end, having racial damage components yields a higher overall damage output and a higher sustain which ultimately gives build more survivability than armor stacking. You can of course make a high armor version of this build but the only part of the game content it will help with is facetanking Callagadra. For literally everything else this setup is better.

When it comes to gear all items are pretty much set in stone here. You can get by with different affixes on greens, but for optimal results try to replicate my grimtools as closely as possible.

Devotions are enabled by Judicators ring set. However, if you are missing the ring set, you can use a more conservative devotion map with Empyrion instead of Bear and Oleron.

Skill distribution is also pretty standard, going for Divine Mandate allows us to max out recently buffed Mogdrogen’s Pact as well as Haven and Rebuke. Primal Bond spec is also quite viable but, in my opinion, less optimal than Divine Mandate + Judicators spec.

Build facetanks everything in buffed Crucible. “Naked” extra spawn Crucible is also quite doable, but positioning and targets prioritization will be crucial.

Build smashes everything until Shard 90 where you have to be a bit more careful when fighting packs and dangerous Nemeses like Fabius. In SR 75-76 DO NOT, I repeat, DO NOT use Vire Might against Mad Queen - Volcanic Stride triggers her machine gun bullet hell which can destroy even this tank.I did Shard 100 with it couple of times, but died quite a few times while doing so, so it’s possible but requires mutator fishing and extra careful approach.

Ravager is easy with pharma. Chugging Lifestealer and Hungerer Oils while having Aether Cluster on your panel just in case will also help.

Callagadra is doable with hit and run tactics. Don’t overstay your welcome tho and be sure to only fight her during Ascension.

Mogdrogen fight is very easy since he helps us by spawning adds and proccing Judicator proc. Just don’t forget to overcap Lightning resist by ~80% with the use of augments and Lightning resistance potion.

All screenshots are taken with Savagery charges, Ascension and Judicator proc up 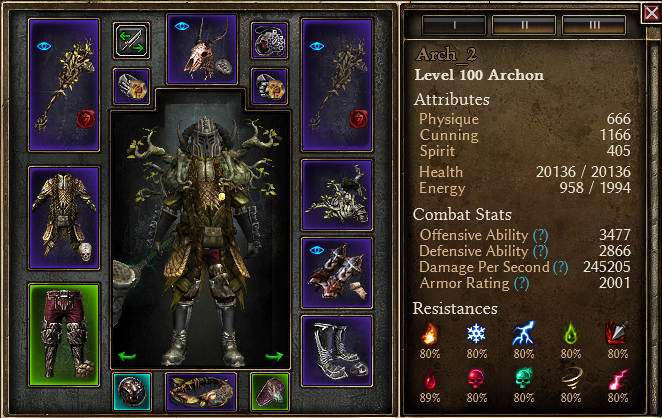 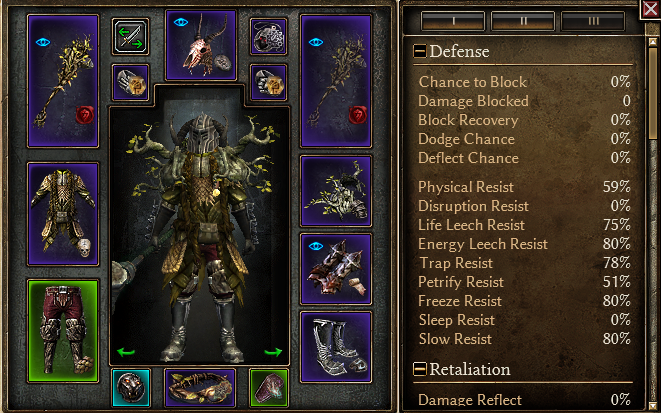 Thanks everyone, it’s been fun! I will probably update some of my old guides once 1.1.9.6 is out but overall it’s the end of my journey here.

Those are the builds that I created and tested but weren’t good enough for me to post them as separate guides.

Good bye Mad Lee. Your builds were always welcome. Wish you all the best and see you in GD2.

PS: Played that build a year ago, but not nearly with these achievements.

Thank you for your hard work. But you can always come back whenever you want.

Thank you Mald_Lee, inventor of vitality damage and

and 🧟‍♂ in every build.
Cairn shall remember your deeds for a thousand years.

The legend is retiring, this is offically a #deadgame now.

The man. The myth. The legend. Cutter of cookies. Tamer of bats. Criticizer of the eyes. THE LOATHSOME DUNG EATER. Queen of dramas. Martyr of the battle against the dutchman. Defier of death. Lord of Beasts. Speaking through a dragon. THE ONE AND ONLY mad “guy who names a non lightning build Thor” lee

So long Mad Lee and good luck. I don’t post much but I always enjoyed seeing whatever monster build you came up with next. See you in GD2, hopefully!

Nice tour for ovations, unless Lee decides to come back from retirement, it’s modern these days.

As for build itself, Avenger is obviously pretty good set and Judicator rings are fitting like a glove. Also worth mentioning last few patches did some serious boosts to Archon class.

Goodbye and thank you for your builds. Cheers

So @mad_lee was promising you a bit of an extra in the guide - a list of his builds that he didn’t bother with a separate thread for. The list is done now, you can find it here:

This link is worth it’s own separate topic

This build is a monster. But unfortunally I cant spend the attributes like in this build because the pants are kinda requiring itself. Got about 570 physique without pants and they need 662 and give about 100. Is there an item that I could use as a “filler” to get required physique so I can equip the pants and unequip the filler afterwards? This is the first build where I got this difficulty. So how did you manage it?

Buy some yellow item(s) that boosts Physique from a vendor

Wow the vendor items are pretty usefull … for the first time

Now I can use the full potential of my Heidi

Hey guys, new to the game so sorry for the noob question.

How does he get that Amulet on when it requires 410 Spirit and he only has 406?

Hey guys, new to the game so sorry for the noob question.

How does he get that Amulet on when it requires 410 Spirit and he only has 406?

Stats on items can roll higher than their average value. Grimtools only calculates the average.

Ohh I see! Thank you so much