Any other GD players with lots of VODs? I've run out of Malagant and Rektbyprotoss's VODs

I love listening to VODs while playing. Because I learn so much from them, they are entertaining, and I feel less alone.

The problem is… well. Being on long term sick leave, having started GD in April. I have 1000 hours played now and I’ve run out of VODs. Are there more people with GD content like this on youtube?

I can’t say anything about the content of his long videos, but I know his short videos on youtube are great.

TLgamer has a handful of videos about GD and Crate - you could always listen to him rant for 20-40 minutes a pop about how terrible the game is and how terrible Crate are?

Possible side-effects: it could melt your brain.

They also aren’t very good for actually learning anything except to reinforce the knowledge that there are very mentally unstable people all around you.

Ceno also has some VERY long videos to listen to… particularly if you want to hear him dissect old patch notes relentlessly.
https://www.youtube.com/channel/UCEBtSQXHY0UgnhtaEF3mZEw
https://www.twitch.tv/residentceno

Haha, I didn’t know this guy before

Actually it seems to be quite entertaining

Haha, I didn’t know this guy before

Actually it seems to be quite entertaining

and wait a sec… did you actually go and search him up after reading that lol? if you did, ya, just type Grim Dawn in his video list and prepare for a ride.

If you’re not worried about how old the videos are then you might want to listen to some of Crate’s dev streams they did during development of the game.

You already ran out? Dang, that’s some viewer dedication!

TLgamer has a video in which he claims to have found a huge exploit that after a 10 minute rant turns out to be a very inconvenient way in windows explorer to ‘gdstash’ free health potions.

At the start of the video he says: ‘This is what happens when you piss me off, I hope this whacks the game for everybody!’

l like how this “TLgamer” muted the audience… not allowing to post any comments or give it like/dislike or any feedback at all. That’s a defeat already. I think everything what goes against that person’s ways will automatically become a troll. That’s honestly sad a bit.

At the start of the video he says: ‘This is what happens when you piss me off, I hope this whacks the game for everybody!

Many have tried - all have failed.

Also, this guy has a bunch of GD content.

I love his ‘proofs’. Instead of shortly stating that, for example:

he torments himself by making long, elaborate video proofs that purposely omit some information
and are definitive, not questionable by anyone and the pinnacle of logic.

Thanks! Very cool. Started watching these. But wtf is going on… the pre-alpha hellhound looks better than the one today. I’m so confused…

The model was the same one used for rifthounds I think.
Well rifthounds have an updated model too.
I kinda like the old design more

The old hellhound model is still in game’s files heh.
Maybe it would be possible to swap the model, wink wink. 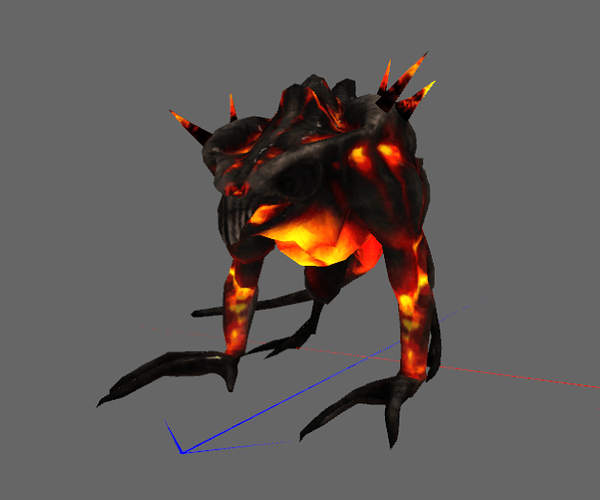 But in the video on youtube it looked great. I guess the fire aura for this model simply makes up for it. As for the body, this old model’s more “magma look” and beefiness makes it looks awesome though. At least in the video.

I wish the devs would redo the model of the hellhound… then again, I wish the same for briarthorn and blight fiend.

I still think there is a missed opportunity with demolitionist to have hellforged armaments that modifies summoned creatures. A molten giant like the one in TQ would be cool if added to shaman. A poison / aether damage rift scourge to arcanist. A lich or revenant instead of the temporary wraith… ehh I need to stop myself.

Anyway, that model does look cooler ingame. But I’d rather not change it incase I regret it.

Lee should record his live streams

Lee should record his live streams

Only in certain Discord’s group as far as I am aware. He usually stream some runs in Crucible and upload the fastest time in YT.