Oh yea, my bad. I said stream, it was more of a trickle. I was thinking more specifically about CoH2 Grey goo and DoW 3 for the pvp or rather multiplayer focus. Especially what i heard from friends who are more intimately involved with CoH there were some big disconnects especially with the “pro” scene.
And DoW 3 wanted to be everything a hero centric RTS, took ideas from mobas, but with heavy multiplayer focus, while still keeping the base building from DoW 1 with squishy units from DoW 2, and ended up alienating everyone.

Yeah, I don’t know if they tried too hard to appeal to the “pro scene” or were just… not good. I mean, its not like they succeeded with the pvp either. I don’t know that I’d even call some of those RTS.

Recently someone asked me what I planned to do to innovate the RTS genre but really, my motivation is to be able to play a good ol’fashion RTS without all the bullshit that has crept into more recent releases. I mean, to me, somewhere on the spectrum between AoE and SC2 seems like the sweet spot. That’s the pinnacle of the genre. I mean, we do have some new ideas but they’re more meta-things that won’t change the fundamental gameplay mechanics, which I feel are what make an RTS an RTS.

For legal reasons, I can’t really view outside game pitches. It can result in awkwardness if the thing pitched is similar to something we already had in mind but then we can’t prove we weren’t influenced by seeing it. Or we then have to try to steer clear of incorporating ideas that could seem like they came from the outside pitch.

That and we kind of do have a crapload of game concepts we want to eventually get to.

Man… the bureaucracy, legal stuff, technicalities like that must be a nightmare. Guessing that crap can take the joy out of even the most creatively passionate people.

Anyway. Gonna play some more GD and listen to some music. Have a nice weekend, and good luck on your game!

Edit: Btw I’m more than willing to help if you need more playtesters for feedback.

I mean, in an pvp RTS or Moba, you kind of want shorter avg times to play through a match - like under 45m ideally.

Can confirm. Matches lasting 2+ hours is probably one of the reasons why SupCom2 never really took off, haha.

That and we kind of do have a crapload of game concepts we want to eventually get to.

Oh, so the GD Soulslike is coming along well then?

Now we’re working on an RTS, where the major competitors are 10 and 20 year old games, and suddenly AoE 4 is in the works and two groups of ex-blizzard employees have announced they’re making RTS… wtf?

genres go in cycles, eventually everything comes back to the limelight. To me the first sign that RTS are making a return was Iron Harvest

Another good one - On TQ I was also told the game couldn’t have side-quests because it made no sense to stop and do something less critical when the world itself was in peril. I mean, yeah, according to hard logic, that’s true - but its a game and people love side-quests. The funny thing is, I got around be saying “okay, forget side quests but what if, instead, we had something called “rumors” you could hear about from NPCs and then decide to do or not.”

I agree, in all the RPGs where some great evil is just about to wipe out everyone, somehow you have all the time in the world to just do whatever, without any consequences. It is a bit weird, but from a game perspective not having sidequests is worse, so they all end up in that place.

Being able to sidestep it with rumors though, that sounds even less important than a real side quest and if that was already too unimportant to stray from the main quest…

True, but if Medierra’s willing to chat about other stuff I’m not going to complain.

Oh never complain when the big Med gets going

I’d actually like to try and needle him more to try get some more unrelated goodies.

On that note and given where the topic’s gone, any info on the new RTS or dating (relationships) in the city builder Med???

I’m very excited for anything rts related from crate. I spent much of my childhood and formative years playing age of the empires, red alert, StarCraft, warcraft 1-3. I’m highly hopefully that I’ll be one of the lucky ones chosen to test these things too one day.

You play against other players. And when you get people armed and trained, send them to the other town. So there are roads that take time to travel to other towns. Like sending 10 soldiers without mounts could take 3 ingame days. If the other player sends forces through the same road, they meet and fight on the way to eachother’s town. Like you can choose to send them, say, through a dirt road, a mountain pass, or the forest.

You can play some old web-based game where your troops travel to destination for days like:
https://www.tribalwars.us/

I dont think that it is viable in standard PC games these days.

Jumping on that RTS hype train and I am more than willing to get kicked to hell and back for having an opinion, but y’all ought to take a look at Rise of Nations and plagiarize the hell out of it. This may just be the nine year old boy inside the twenty-nine year old boy talking, but that was the peak of RTS shenanigans and I have just been sitting on my hands waiting patiently for it to happen again, in 3D and with laser bears or some crap like that.

It was, after all, the very first game to introduce zooming in and out. You can’t deny that melted minds back in the day. I know mine was, and still is.

Also excited for Farthest Frontier. Its giving me some Majesty vibes which always feel good. Get those taxes, tax collector!

I find Command & Conquer series strangely absent from RTS conversation. Why is that? Considered too simple or unbalanced?

Maybe we are just too old. I mean… I was just at the cinema the other day and watched Gladiator and The Matrix.

To be serious though. Many great ones in that time era, maybe we just subconsciously rated it lower, leading to it being forgotten.

C&C is obviously one of the most important early RTS franchises but it sort of died before the modern era. That and I barely remember it. I mean, I loved Dune II and it was one of the originators of the genre but it was pretty simplistic. RTS has evolved a lot since then. I’m not sure there is much to learn from those games that isn’t present or done better in the Age and Xcraft series.

Wow didnt know that you play SC2. I always assumed you only like AOE.

On the pvp game length, i think SC2 is really hit the spot. Game lenght varies with cheese in 3-4min, all-in in 6-8mins, mid game in 12 mins, late game in 18-20min and long game max 35-40mins. Map would be mined out in late game duration normally so thats really the cap. even 8 player melee game also would last about the same.

I like to jump in pvp thinking that with SC2, i can play 1 game in 10mins, max 20mins and call it a day. It’s like arcade but really intense action. Thats why it able to take off as spectator sport too.

For unit micro management, i think the unit need to be not too small and not too large. AOE is kinda small for me and thus no real micro action in the game imo. warcraft 3 is kinda big and unit feel kinda slugish and clunky at least compared to SC2 but that just how they want the game to be. I had fun with War3 many years back then until SC2 LOTV came out. The backdrop and unit also need enough contrast for easy to discern during intense action, if the game designed for such moment.

Yes, I have some familiarity with SC2… although I was late to the party, as I only got into it about years ago. Rhis started playing it a lot, so I started playing with him and got hooked. My RTS skills are not what they used to be though. 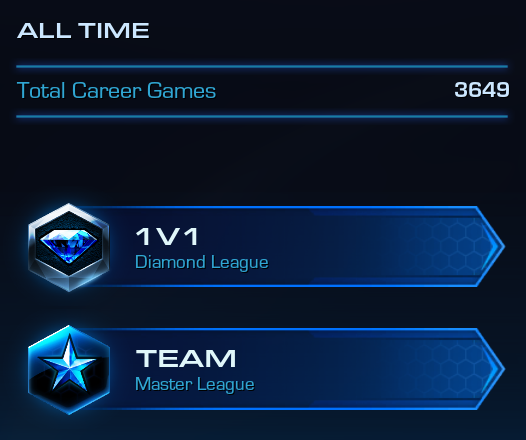 I definitely feel like SC2 sets the bar for modern RTS in terms of feel of unit control and pvp pacing. I enjoyed WC3 back in the day but now it feels horribly clunky and Age of Kings feels pretty dated and slow. I never liked AoE 3, even when it came out. It felt too convoluted me and I hated the out-of-game town meta-progression stuff.

Have you tried AoE II DE?

@medierra - from the TQ discord

Now that I’d like to see. Get the artists on it posthaste!