Welcome to the club!

Welcome to the game and forum! 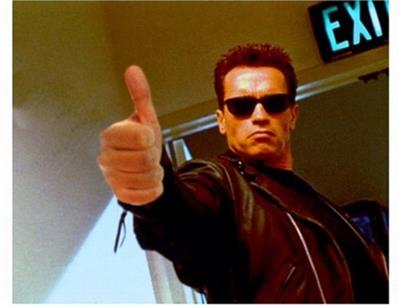 Right? I mean there is so much market out there for Grim Dawn and its just not getting the attention it should have, it is totally underrated, GAME IS AWESOME!!!. Probably do my part on spreading this game.

Welcome to the game and to the forum.

You will regret joining this forum and playing the game.

Say goodbye to your real life!

My experiences have been similar to yours, and after many hours of playing Grim Dawn it still feels like a breath of fresh air compared to its competitors

Welcome to the game and the community!

Im new to the forums as well, but have been playing this game for several years now, over 1,000 hours logged on Steam. It is my favorite video game. I own lots of blockbuster games and lots of indy games- like over 200 games on Steam- and this game is about the only one I ever play. Im a freak for it.

My favorite thing to do is build characters modeled after characters in my favorite movies and shows, like game of thrones, X-men, even DBZ and Naruto. Most recently, I created Gregor Clegane- An Oppressor using a 2 handed sword, decked out in the Black Knight armor illusion (different helm though, that red plume up top doesnt suit the mountain).

Because the developers put so much time and care into this title, it remains interesting and fresh. I have 40 characters (the max) and STILL havent done or seen everything. With updates still coming down the pipeline I am SO pumped to imagine what lies ahead- I would honestly be ecstatic if GD kept recieving updates and DLC every now and then for the next decade probably.

I love this game, I love the community, and I love the developers. Thank you so much for never giving up on this super unique and cool as hell game! Thank you EVEN MORE for listening to this awesome and loyal fanbase! I think that is a huge part of what makes playing this game so exciting to me- as we give feedback, modifications to the game are implemented and in a way that accomodates everyones needs. Thats super rare today, and definitely an area where Crate has a huge leg up on its competitors. You guys are the best. Thank you!

Hi Olympeus and welcome to the forums!

I’m a big fan of the Diablo franchise, though my start in RGPs was actually the old d&d gold box set. Once those kind of fizzled out I played some diablo 1, bg, bg2, d2, tq, etc etc… No idea how many hours I played back then, but fortunately I can easily look up time played now on different games:

I was really into d3 for its first couple of years, but have kind of drifted away from it since Reaper of Souls came out, then Grim Dawn especially pulled me away further. PoE has never completely captured my attention, though I did play it somewhat seriously earlier this year, and it’s a pretty good game now imho.

I think I’d rate the games overall at:

GD: 8.5/10 - they did the most with the least, and continue to keep the good times flowing.

d3: 7.5/10 - they did the least with the most, it started out as just an incredibly fun gaming experience, but they’ve made several boneheaded decisions over the years that have watered it down immensely. I ususally decide to play at the start of a season then get bored after 50-100 hours and put it back down again.

poe: 7.0/10 - If you’d asked me 3 yrs ago I’d say that it was more like a 2.5/10, but they’ve improved the game a ton in the past 18 months, to the point that now I will actually play it some times when I’m not grinding in gd. Poe also has a huge developement team and tons of support thanks to being sold to tencent, so I’d expect the game to only get better in future.

I have 40 characters (the max)

Try turning off steam cloud saving, you can have many more chars…

Whaaaaaaaa i never knew that!

Whaaaaaaaa i never knew that!

Make sure to read this

Make sure to read this

Wow so many nice replies, thank you everyone!!

My favorite thing to do is build characters modeled after characters in my favorite movies and shows, like game of thrones, X-men, even DBZ and Naruto. Most recently, I created Gregor Clegane- An Oppressor using a 2 handed sword, decked out in the Black Knight armor illusion (different helm though, that red plume up top doesnt suit the mountain).

I like to create thematic characters as well, although I don’t think I’m as creative or as good at it as you are. 40 characters is amazing!!! One day maybe I’ll get there.

Say goodbye to your real life!

I couldn’t stomach D3 for as long as you did. I salute you Sir. I definitely tried to enjoy it, especially considering how much I enjoyed D1 and D2 but the auction house killed it for me. When I tried it again a few years later I just didn’t think grinding paragon levels and season ladders was enjoyable

I’m sure POE is way better than I will give it credit for, but I just couldn’t get past all the micro transactions among a few other things.

Grim Dawn has been ridiculously fun for me to play and even after all these hours I’m still finding new things I like about the game.

I think your ratings are pretty spot on, except I’d have to give GD a 10/10

Youll definitely get there- the more cool gear you get, the more you want to find a way to use it, and that means building a new character to make use of the new gear you want to use.

I have the same ideas - D 3 was a huge failure and most games want microtransactions which truly s**ks. I hope more people are thinking like we do. G.D. is great ! The only thing I did not like was that the CRUCIBLE is a separate product- it had to be a part of the EXPANSION I believe… But the game is not deadly expensive at least.