I’ve read all of the tutorials I can find on creating my own Grim Dawn mod, but I’m having trouble naming new items that I’ve made.

I’m looking to create a new ring and give it a new name and description. I copied the file of an existing legendary ring and have been modifying it to be what I’m looking for. As you can see in the screenshot, the ring is functioning as intended, except that the game is not recognizing the name tag.

I created a new tag in text_en\tags_items, but it looks like the game doesn’t take the name from that file.

How can I create a new tag to attach to my new item?

Have you created an asset out of your text file via the “Sources” tab of the Asset Manager? 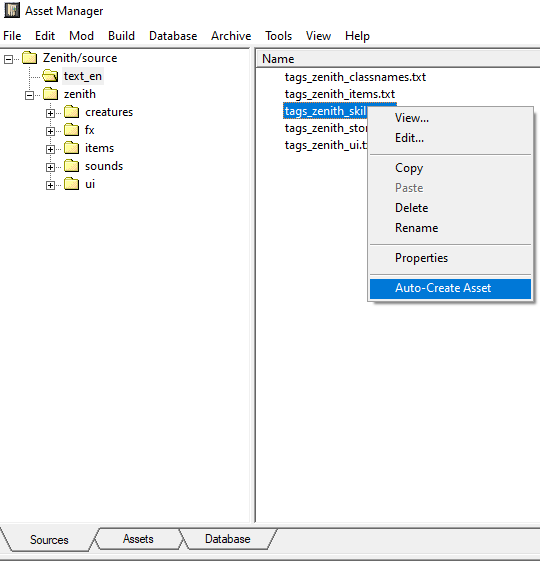 I’m not finding any text files in my mod in the Assets Manager. I’m wondering if I set it up wrong.

I have the directories set up as shown in Elfe’s guide:

but I’m only finding empty directories in the source folder for my mod. I notice if I switch from my mod to (none), I can see all of the records and templates I normally use for editing in the Database tab - are these supposed to be under Database in my mod or under Database in (none)?

I’ve also been having issues with the title screen not loading correctly (black screen, music only) sometimes when I Build changes, which is only fixed by validating the data in Steam (3 GB, takes a while). I feel like its the result of me Building in the wrong place or something. 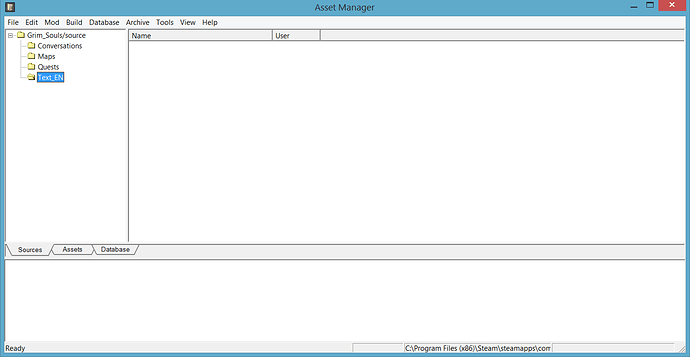 I’ve also been having issues with the title screen not loading correctly (black screen, music only) sometimes when I Build changes, which is only fixed by validating the data in Steam (3 GB, takes a while). I feel like its the result of me Building in the wrong place or something.

This sounds like you’re baking changes directly into the base game instead of making a traditional, “Custom Game” mod. This isn’t so much an issue of setting up your directories correctly (though, personally, I like having my Working Directory = my Build Directory; that’s considered “bad practice” but it’s easier

Generally, you want any files that you edit to be in your Sources or Database of your mod, not under the vanilla content. Dependencies do not need to be imported to a mod, as the load order for content is

This does mean modding is more tedious than it seems, especially so because GDX1 and GDX2 data are not extracted into the same location as Vanilla. It’s very tempting to simply change up vanilla content because you can easily see it all at the same time, but doing so makes you run into the issues you’re finding. When I’m modding, I often find myself having four Asset Managers open - one for each entity in the aforementioned Load Order - , as well as a few dozen DBR editors.

…ANYWAYS, the long and short of it is yes, you want your custom data in your mod’s database files and your mod’s source files. For source files, you want to right click each one individually and choose “Auto-Create Asset” (and, if applicable, apply some settings that crop up in turn). There are two ways of going about this. One way (which is extremely tedious) is working entirely within the Asset Manager, importing records one-by-one as needed from vanilla content (Database -> Import Record) and making individual source files manually (Right Click -> Import…). The other way (which is vastly more efficient) is copy/pasting the extracted files or folders from the vanilla content that you intend to edit into your mod’s folders, as well as working outside the Asset Manager for source file generation.

Thank you so much! This really cleared things up. Manually copying the tags_Items.txt into Text_En and Auto-creating asset worked perfectly, as you can see! 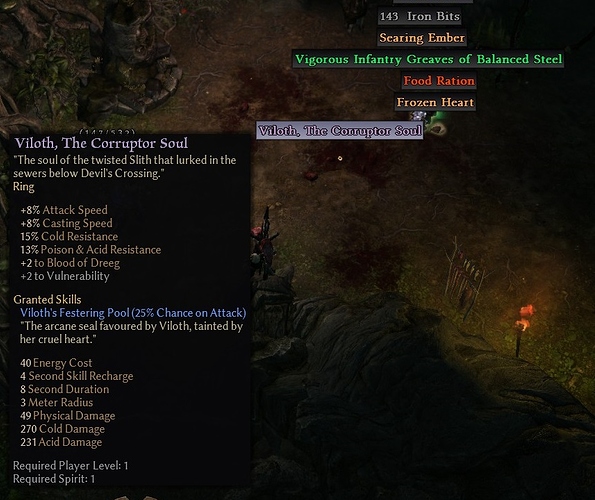 I do seem to have created a new problem though, which is the expansion mods don’t seem to have names anymore. D: I was thinking it had something to do with my tags_Skills.txt overwriting the GDX1 and GDX2 skills text documents? 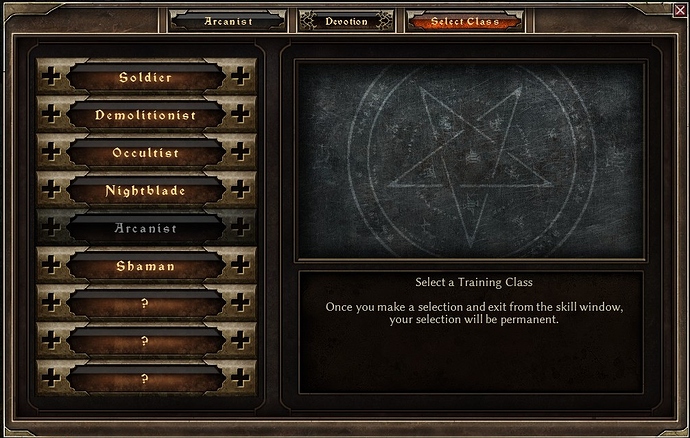 Anyway, you’re responses are so quick and clear! I think you’re my new best friend.

Sounds like it, I do not know the internal workings of GD here but assume the problem is that the file names match and your file thereby takes precedence and misses some tags…

I’d recommend NOT copying any existing .txt files into your mod and to give your .txt files custom names, e.g. tag_mymod_items.txt and then only include the tags for your new items / skills etc.

Oh perfect! I assumed it required the specific filename tags_items.txt to work. That’s much better, I was thinking I’d have to go in and edit the text document every time the game updated. My mod keeps getting cleaner the more I work on it. Thanks!