Grim Dawn was patched a few days ago and since then the shared bank is gone and all my characters banks are empty now so I just made a new character until the mod is patched so that my items reappear. Everything else seems to work ok but I have noticed the elementalist ice wall does not work also the Huntress fletchetee minefield does nothing and monster lure does not work atm.

Anyone else having crash issues? It’s already the third time I try to play and the game freezes but the music is in the background … I can only quit the game with Ctrl + Alt + Delete
= (

I’m at the portal around Burriwich…

The compilation isn’t updated for the latest version yet.

is it possible to have a version with an increased drop rate?

Can’t put as much time as I used to in GD and I can’t mod for slith so this is the only place I could ask. GDstash is out of the question as it just takes the fun out

Forgot to add it to the changelog, but it’s in the update already. Changelog updated.

Thanks =) And thanks for all the hard work!

Since there are additional skill and item, etc. changes as written in the change log, the colored text must also be changed quickly.

Thanks for the update. The Eiphalos is way more useful now and the Nymph is so much better after the buff. Force of Nature is a bit better now with faster spawn timing but still wastes some time casting roots the first thing it does when he attacks lol.

Thanks for the v69 update! I had put GD on pause after 1.4.1.1 just waiting for Grimarillion to update, so I could continue my current Shadow Walker playthrough.

I think I found a bug with a missing texture in one of the new items: 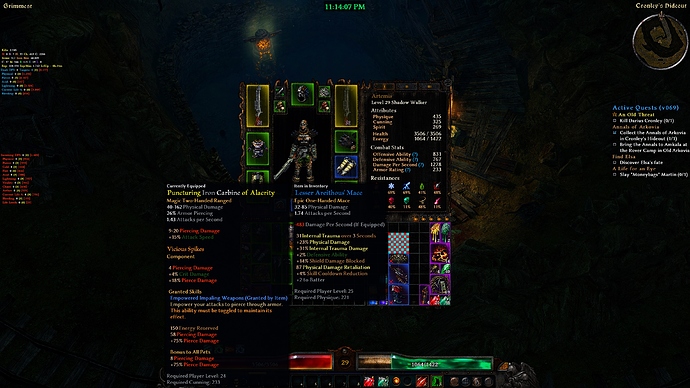 Edit - Found another one. It seems that the “Lesser” variants of the Grim Quest items are missing textures: 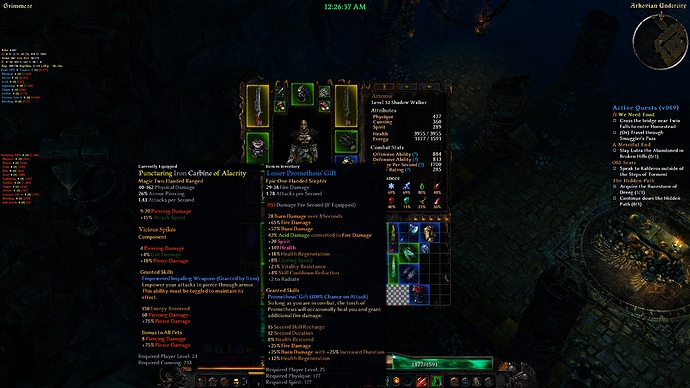 Apologies @ASYLUM101, for hopping in here with this. I just wanted to let people know that they can delete the “UI\hud” folder associated with Grim UI to prevent the clashing graphics on the hud toolbar.

Hell of a mod though, man. 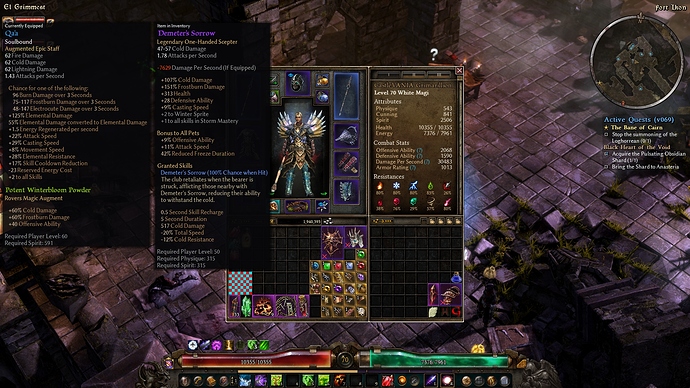