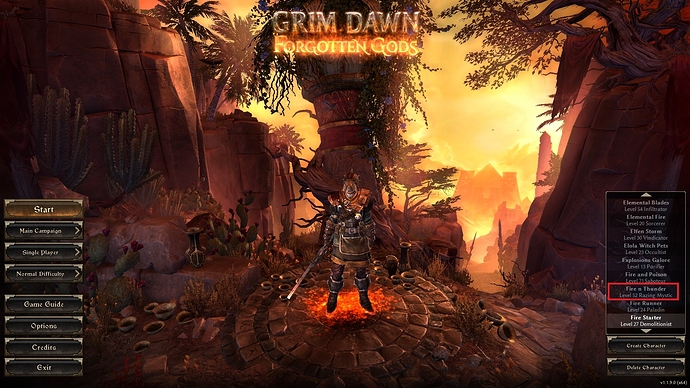 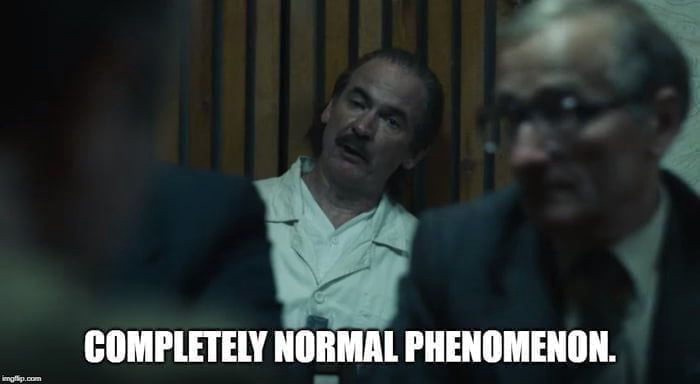 Well, I sort of resolved it? If I click on each pet’s ‘label’ in the top left corner and change to another status (aggressive, for example), they suddenly appear and seem to act normally… Weird.

Typo in the name. 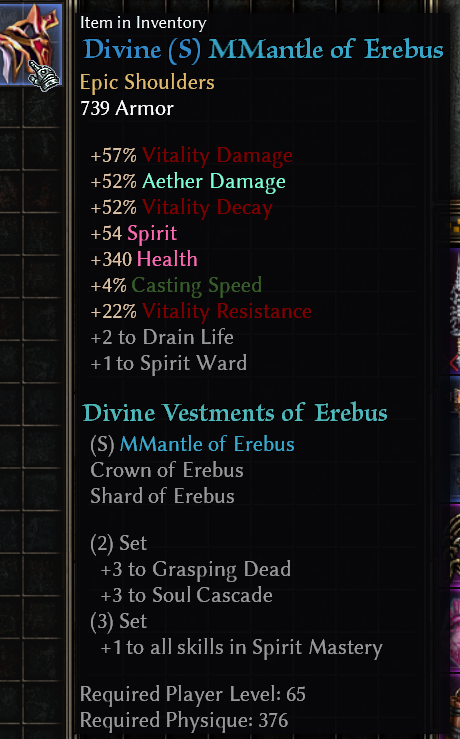 Typo in the name.

Thanks for the report, I fixed it.

I have a dumb question, but as I am new to modding and this game isn’t as straightforward as Skyrim I do need help. I want to play the game with more skill points and devotion points but without it becoming a walk in the park, that’s why I think a pack with Grimmest will be a perfect fit. Problem is, I tried merging this pack using https://github.com/LazyGuyWithRSI/grim_dawn_mod_merger with another mod created using https://github.com/azakhi/GDModdingTool/wiki that modifies the skill points given per level up and max devotion points, it doesn’t work (following in both cases instructions to the letter, tried more than a few times, both steps). Tried also editing the main game records file for playerlevels, also doesn’t work. If someone could give me some direction as to what file do I need to look for and how to modify it, I would be deeply grateful.

I have an issue to report in the latest vesion;

Witch Doctor skill ‘zombie dogs’ seems to have stopped functioning correctly. It summons 3 invisible pets, that dont attack, but can be attacked (sometimes?). Thanks!

Not sure what causes it, but 4 posts above yours someone posted the solution:

Well, I sort of resolved it? If I click on each pet’s ‘label’ in the top left corner and change to another status (aggressive, for example), they suddenly appear and seem to act normally… Weird.

Oh man didnt even see that post. Thanks! Yes that works.

Back up your stuff before updating just in case, should be fine though.

.Usually i am most interested in class changes as it sometimes change meta and playstylel
PS:I love earth.I play earth in tq and when i start again(busy with studies so scrapped for time)I mill most def go for earth again.

Hi, great that you still put so much work into this Mod! Quick question: In the changelog you mention that Hera’s Dominion in the Nature tree got conversion removed which i can’t remember ever being there. Instead it nie misses the flat elemental and acid damage for pets and the poison & acid resistance for the character. Is this as intended?

Also i noticed that the overgrowth skill is no longer connected to the kodama skill line,does it now only apply to the character or still to allies and pets?

And the final question: Is this passive bonus you gave to the force of nature skill included in the values we see in the tooltip? You wrote “applies to all other pet skills”, i believe you mean the other skills of force of nature and not other pets, am i correct?

Thanks for all your effort.