Even after the 70a update, the Stash UI is still messy and the toggle between private stash and shared stash is missing. 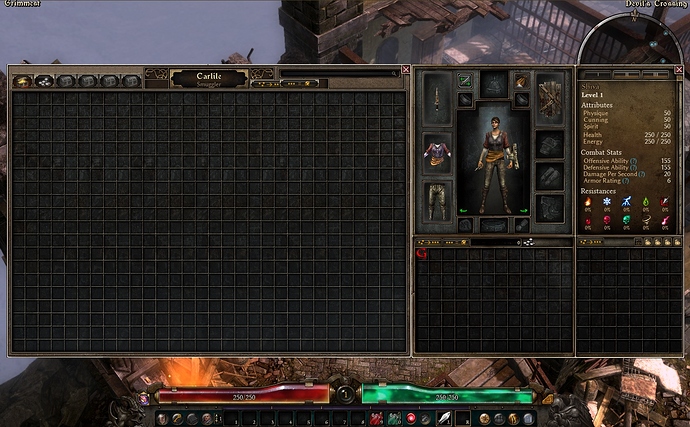 it is working on my end

I have a feeling I might be …beating the dead horse…here. but is there any way to view ability information outside of the game itself?

Not for those classes that aren’t GD ones.

Just curious. I love the mod. Can’t play it any other way

Grimarillion does not include NoblePaladin, which is why you see no D2 classes…

And under C:\Program Files (x86)\Steam\steamapps\common\Grim Dawn\mods\grimarillion\resources\text_en it has all the text for the D2 stuff?

And under C:\Program Files (x86)\Steam\steamapps\common\Grim Dawn\mods\grimarillion\resources\text_en it has all the text for the D2 stuff?

I assume you extracted both in the same dir at some point or copied them together, but if you delete the dir and then extract Grimarillion again (or look at the .zip directly), this stuff is not in Grimarillion

I was able to fix the stash problem. It had been a long time since I started Steam, so I had forgotten that I had disabled automatic updates. This error was caused because my game was missing update.
Now it’s working perfectly

Any chance for new masteries to be added in the mod like the NoblePaladin D2 masteries mentioned above?

Is there any chance for new specific items to be released to support temp pets like Aether lord and Force of Nature? The same way Mythical Will of Bysmiel and Mythical Necrolord’s Gaze etc reduces the CD or increase the duration of Primal Spirit.

New masteries, no probably not.

Avatar of Bast, I’ll look into it.

Itemization is still a WIP.

@ASYLUM101 Glad you still kicking… Any major flood over your area?

Nope, missed me completely. We got lucky.

So last time I played Grimarillion was with version 70, beated Cronley, activated Twin Falls portal and ended there.

Had several days of brake, meanwhile patched mod with version 70a.

And today I returned to the game, character loaded, teleported to Twin Falls and… crash to Windows.

Tried several times, all the time is the same, crashing to desktop.

Checked the Twin Falls portal in the base game - game is working perfectly.

Nope, missed me completely. We got lucky.

I’m happy to hear that.

So version 70a is out and i found a few of problems xD.
First i don’t know why but only the first chapter with the warden i have extra mobs + heroes, but a lot of ctds/freezes.
In the second chapter i’m happy to find a few extra monster/heroes.

Is there a solution already? maybe im missing something

.
I started a new game with a new character and grim dawn was freshly installed.

Hi I noticed Wizard’s Mirror Image skill doesn’t work, does anyone else have the same problem?

i have a question… i think diablo 3 classes mod adds a blacksmith but where is he? i have tons of forgotten souls but i don’t know what to do with them

Blacksmith from base game has the recipies.