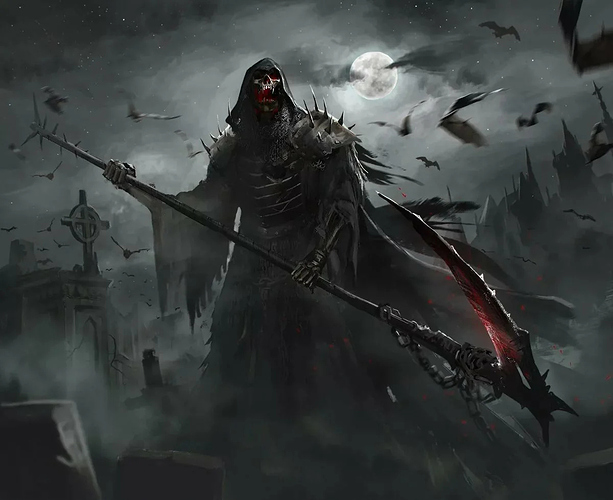 If anyone slays Cain, then Cain will be avenged sevenfold.
And the LORD placed a mark on Cain,
So that no one who found him would kill him. 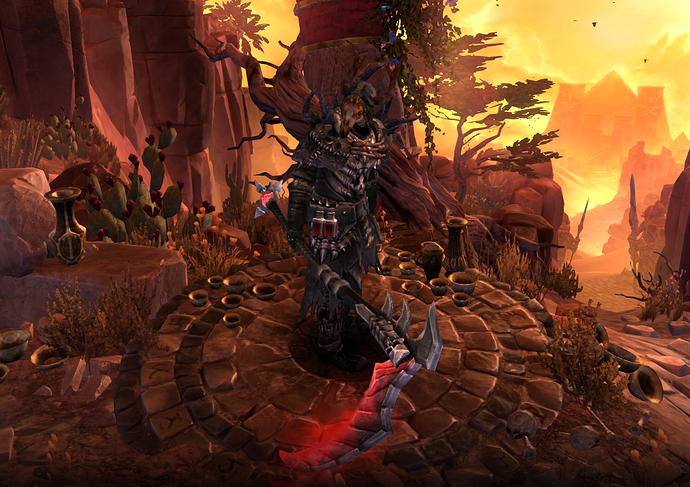 Hello everyone! Long time since I posted my builds here. It doesn’t mean that I don’t have some monsters for you

. Here you can see one of my builds I’m currently playing.

Credits to @Valinov who showed us the power of Wildblood with his Conjurer in Ashes of Malmouth.
Credits to @mad_lee, whos Dark One’s Conjurer reminded me about my vit builds and made me revive it. 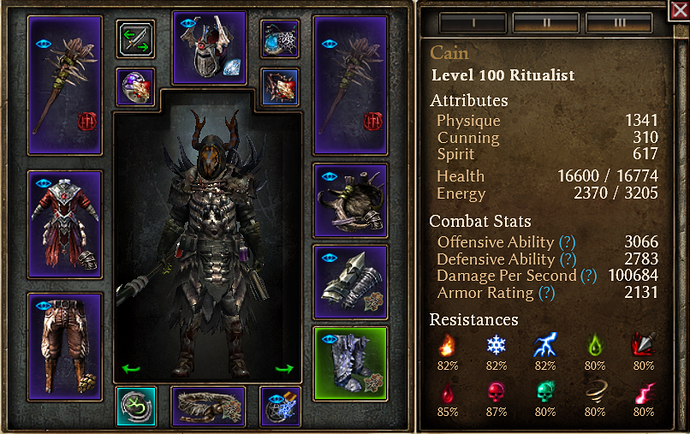 Skills:
Example of leveling by @adoomgod:

Personally I would recommend two way of leveling:

Gameplay
Build clears crucible w/o any buffs or banners. So I really don’t how you can die in buffed run. One advice - all the lifeleech is kind a static - Grasping Vines and Bat to Ravenous Earth -> use Grasping Vines on the mobs, then jump or rush them. The same advice works in Shattered Realm as well.

Highly recommend to learn Aeon’s cooldown and use RR ability from amulet/Mark of Torment before the proc.

I will explain some of the more advanced game mechanics that I often see new(er) players having troubles with or just being asked about in general to a pretty high extent. My goal is to keep this guide as short as on point as possible to make it helpful for beginners. There will be plenty of examples in order to give some practical tips. May the Witch Gods enlighten you!

nice build, and i love the use of that amulet to cover flat rr for the build. I would change the skills a small bit, mainly the overcap on entangling vines. It doesnt really add anything for builds that dont use retal past rank 12. Max overcap on totem, getting the second charge level on savagery, and 1 one upheaval should net a noticeable damage boost. Also I would use a sanctified bone for crucible over the diamond… I highly doubt this build even considers death an option

conjurer is more sturdy, but rit brings a ton more damage to the table… and well if everything is dead, you cant die

I think it feels better wnen it comes to some real shit thanks to MoT. In high SR there is a moment when phys res and Absorption from Occ stop helping that much.

I think it feels better wnen it comes to some real shit thanks to MoE. In high SR there is a moment when phys res and Absorption from Occ stop helping that much.

this is pretty much what I found as well. the extra damage + mot is preferable once you get to a certain point

actually just noticed you have 3 more points you can put in tenacity of the boar… those probably would be better than in savagery.

fair enough. I often like to live on the edge when it comes to defense.

fair enough. I often like to live on the edge when it comes to defense.

I played it. Also first variant had Sacrificed Bone instead of Diamond. Extra armor appeared to be better as well as absorption from Diamond vs. MQ and Gargabol

I have tested something very similar, but I didnt think to use that amulet. (edit, actually it didnt exist when i tested it) For SR diamond is without a doubt better. For crucible I always have a need for speed, and racial damage is the fix! lol

@valinov, @DMT: So who has the better wildblood ritualist???

this build has all the properties i like. Except i don;t understand much of the RE but i am not experienced builder in this type of class. I don’t like vines either but i do understand that it fits the build. Cool thing.

I didn’t open the GT because I’m out rn.

Thanks! A good candidate for your HC playthroughs

Indeed!
Don’t really like copying other people’s builds though.
If I ever do a hard push for SR, I will definitely consider this