If I want to change the color of the blood bar value, what should I do? 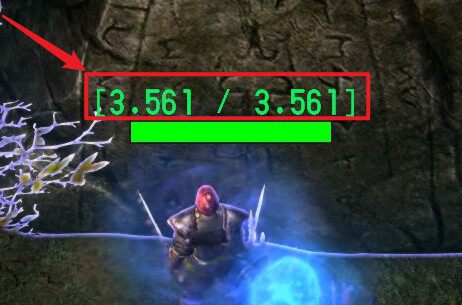 What I mean is, I want the color of the value not to change based on percentages, but to use a single color, for example, the player has a green value, and the monster has a red value. This looks very clear.
Thank you!

Please read the section in the Q&A about how to setup the health bars.

Sorry I didn’t make it clear, what I want to change is the font color. I have changed the health bar to a single color, but I have not found a way to modify the numerical font color. I hope the two can be consistent.

If i recall you cant set the color of the font to a particular color. It works the same as the healthbar colors. (3 or four)
If you go low on health it goes red for example
Most healthbar issues help is covered in the Q&A if i remember well

This is the last GI patch for this year!

Im sure I say this for all of us. Enjoy your rest. You are the best as always.

I didn’t expect it to be updated so soon, you’re the best! ::

I have tried everything and I can’t get my character to show up when launching using griminternals.exe

I’m running windows 10 x86 and notice there is only an x64 version. I don’t know a ton about that or setting up mods, but I tried for probably a good hour. What am I doing wrong? Is that the issue?

I have a level 66 and I’m new to grim dawn and obviously dont want to have to make a new character just to use this mod. Hopefully someone can help. Thanks in advance.

Local save folders go in this location…

I am level 68 and have had problems, so can only try and help to my best. Feel free to ask any questions and look to get a resolution. I also had the dissapearing character and it was due to my custom character mod/map being incorrect or grim internals installed incorrectly.

First off I backup Grim Dawn using 7-zip and right clicking my main folders in program files (for game backup) and documents (for save backup). I right click - 7-zip - add to archive. If I have problems I delete the folder and click ‘extract here’ with 7-zip.

(my custom charcter goes in \save in the above directory).

This is because it is a custom character so I can use mods. Main campaign = no mods and possibly no Grim Internals? I think. No crucible fix though, correct anyone? Why are you saving to main if you are modding? That might be your problem but I’m using GOG and not 100%.

I think I simply cut and pasted the character and files from that mod into:

My game folder, where Grim Internals goes, is in:

I run Grim Dawn as admin from: C:\Program Files (x86)\GOG Galaxy\Games\Grim Dawn\X64 and run Grim Dawn.exe as admin. This launches x64 as admin. I’ve had errors if I didn’t at least once or every now and then.

I launch it via the shortcut via the startmenu shortcut after first launch or C:\Program Files (x86)\GOG Galaxy\Games\Grim Dawn\GrimInternals64.exe

I also had the checkmark “mod” enabled in the charcter/item mod GD Stash in the character screen, then click save. I’ve got no idea if this effects things with the mod I use. You might have to import the database or something too, I’m unsure. There are help documents.

C:\Program Files (x86)\GOG Galaxy\Games\Grim Dawn\mods to place the folder Grim UI X-Mod. You then see it on the custom character loading screen and can change between mods (dangerous). I personally use the X-Mod Strategist mod from [REL] Grim UI

I’ve got no idea which mod you’re using, Grim Internals might not require all of this as its just a very simple zip (

) which hooks into the game to do something very magical.

But most other mods are placed in mods and to my knowledge require the extra work I’ve explained. The Grim UI X-Mod folder contains folders called database and resources and .arz and .arc files.

Any problems? Fiddle round, or use the back up zips. Make sure you don’t delete the zips.

The shortcut for my x-mods crucible fix is attached in a zip, simply because a few people couldn’t make it work. Alter the shortcut in properties carefully for your chosen mod. And use a custom char, to my knowledge. Edited because it appears zipping my shortcut turns it into an exe file??? Apologies.

Which mod are you trying to use?

I dont have GoG version but, the GrimInternals64 folder you have must have been a leftover from old versions right when Glocky started making it easier for us to add things overriding the base game files

Am I supposed to make all those folders? My documents in the area you are describing are empty

It’s the most recent version I found anywhere.

Grim Internals New version v1.103 (x64) for GD v1.1.9.3 (uploaded 29. November 2021) Requirements: Visual C++ Redistributable for Visual Studio 2015 Installation: Extract the content of the zip file to your game installation directory and run the GrimInternals64.exe. If you have the Steam-Version, then you must first startup Steam and then run my tool. Important: Steam Cloud Save is not functioning properly when you launch Grim Internals! To prevent possible data loss disa…

Thanks for taking your time out to help me. Same as I said to Powbam. My C:/user%Jon%/Documents is just a totally empty folder. I’m using win.rar doubt that makes a difference not familiar with zip 7 though.

Hmm, the only grim dawn I could find not in the program files was in my C:/user/onedrive/documents/games folder that has 3 games 1 of which is grim dawn, but it’s in my One Drive folder. Do I need to just transfer the who games folder to user/documents?

Hmm, the only grim dawn I could find not in the program files was in my C:/user/onedrive/documents/games folder that has 3 games 1 of which is grim dawn, but it’s in my One Drive folder. Do I need to just transfer the who games folder to user/documents?

OneDrive is basically “hijacking” your Grim Dawn folder because it is in Documents which unfortunately OneDrive backs up by default. You need to disable OneDrive from running on startup and move those folders back to where they belong.

Once you do that you should have no more issues.

Thanks. I made it so One Drive no longer backs up the entire “My Games” folder. Now I can’t access my character through the cloud nor without it. Level 76

I backed up the save file, but no matter where I put it or what options I do my character doesn’t show up. I’m freaking out. I have 120 hours in. I even tried to just put things back how they were with one drive and still doesn’t work. There is an option in-game under menus to import characters from the cloud. When you click it, it says “are you sure this will delete your current character list” as I had no current list I saw no issue with that. Clicked yes and still didn’t load. I wonder if I just tried to load my character from cloud to begin with instead of all this if it would have just worked out. I didn’t know the option existed until now. How am I supposed to get the file from one drive? Every time I launch the game it says “steam was unable to sync your files for grim dawn with the steam cloud” as long as I have the save file backed up somewhere else. I will eventually be able to fix this?? The file I have backed up is identical to the one in my steam folder so I’m not sure why It cant connect to the cloud… please help

@Jaknet - Hope you don’t mind me posting this here. I made a visual guide for this process for someone in another thread but I suppose it is suited to be here as well. Visual Guide to Move Your Cloud Saves to Local - and Vice Versa Click ME to jump to the next section on moving local saves back to the cloud. Reading the first section, however, makes it easier to understand the process completely. How-To: Move Your Cloud Saves to Local 1) When you’re ready to finally be done with cloudsavi…