Edit 27 January 2020: Max Schaefer made a striking announcement today about the new directions taken for the next Torchlight, to sum up:

“The developers of Torchlight Frontiers , a free-to-play, shared-world version of Runic Games’ Torchlight action role-playing game series, are overhauling the game and renaming it Torchlight 3 . The developers pitched the change as taking Torchlight “back to its roots,” and will sell the game on Steam this summer for an undisclosed price.”

Torchlight 3 will feature a linear progression system, similar to 2009’s Torchlight and its 2012 sequel.

Surprised. Runic Games kicked the bucket a few years ago so like many I thought it was over for the Torchlight franchise.

The new studio, Echtra Games, was founded in 2016 by Max Schaefer, one of the co-founder of Blizzard North. And believe it or not, Matt Uelmen, the fantastic composer behind the diablo and the torchlight games, is on the team too. \o/

Note: Torchlight 1 & 2 were nice games, though not as deep as big names in the genre, they’re good fun once in a while.

Sounds like it’s gonna be a MMO… that’s a huge no for me, if that’s the case. :undecided:

EDIT: Yeah, it’s a MMO. I’ll be avoiding this like the plague then.

Good to see the series isn’t dead (or worse).

My only wishes are that it’s as good as Torchlight 2 (if not, better), that they work out some of it’s weird design choices and continue to support the game after release even if it’s just balance patches. Big gripe with the last game was that a good chunk of the skills were either useless/never used by anyone in the community (that I saw) and others were extremely divisive.

Edit: Just saw that it’s apparently an MMO. That’s probably a nope from me then. Maybe I’ll come back to it another day.

Sounds like an MMO to me, in which case I have no interest.

If this were essentially Torchlight 3 (i.e. SP and optional MP just like GD), I would be a lot more interested…

Big gripe with the last game was that a good chunk of the skills were either useless/never used by anyone in the community (that I saw) and others were extremely divisive.

Edit: Just saw that it’s apparently an MMO. That’s probably a nope from me then. Maybe I’ll come back to it another day.

I sunk about 1k hours into TL2, and if was fun while it lasted. But the game would have been horrid without mods. So man little things wrong with the game. Respecing? Sure, yet only the last 3 skill points spend. Really? Wtf? Town scrolls and scolls to identify items?! What the hell, that wasn´t even fun in D2, we just didn´t know better back in the days …

Sounds like an MMO to me, in which case I have no interest.

If this were essentially Torchlight 3 (i.e. SP and optional MP just like GD), I would be a lot more interested…

Also not a fan of MMOs, but TL3 would be what exactly? The same old stuff warmed-up with better gfx ? Boring. I am interested to see what TLF will be like, maybe it will be fun to play for a while, whilst we wait for GD 2.

MMO or not I’m cautiously optimistic.

Also not a fan of MMOs, but TL3 would be what exactly? The same old stuff warmed-up with better gfx ? Boring.

works for many other game series

Also not sure how that is not true for e.g. TQ to GD to a possible GD2 you are waiting for…

I hope that it doesn’t turn into my personal gaming nightmare, the freemium mmo. But I can’t suppress a little voice in the back of my mind that whispers it to me…

It looks like family-friendly slasher with creeps dropping puddings on K.O. And no one die in this game and there is no blood. In fact, creeps enjoy fighting exercises.
>_>

It’s always good to have more choice and game design.Torchlight 2 was very fun (with mods !).
I don’t like MMo but if the endgame features can be completed in solo it’s fine.
We will know more at gamescom.

I have to agree, be to be honest, I don’t know if I will play it. I stopped playing POE a long time ago, and don’t think I’m going back to it. The sounds of the game doesn’t really impress me, but will keep an eye on it.

As for any concerns about how a games as a service model might affect the loot economy, he assures us the team is dedicated to preserving that vital classic element of the Torchlight experience. “We know, for example, we won’t have an auction house,” he says. “We’ve identified that one of the core things that makes Torchlight fun is this loot hunt.

There are two important things not mentioned. Economy and crafting. It has to be compared to POE sure, well, POE unstructured economic simulator is something people disliked the most. But one thing that game did right is crafting, if not the currency pathetic drop rate. So, what are players supposed to do with all the exalted grade embers?

Loot hunting in Torchlight, what is that supposed to be?

Single player build theorycrafting I think it was fun for two months, then turned a strange exercise in math, mostly due to shallow itemisation. Then you ran out of interesting ideas. Too few affixes for rares, fewer of them actually useful, the game had problems with that. 95% rare affixes useless, 95% uniques garbage. You only had to buy or drop rares and gamble or drop uniques from remaining 5%, all of that mostly trivial, the only challenging thing was socketables.

It only turned fun and engaging and more challenging in MP self-found. Like when you need to complete a sentinel set for yourself before going to the next NG cycle. Mostly with hp and cast speed. Borris and socket it as possible. All during multiplayer game with only so much time for farming planned.

Is it going to attempt in-depth customisation like GD and POE do or stay more casual like previous Torchlight games, just this time in always online setting?

if they do in fact follow a model similar to that of POE, I’ll certainly give it a try
I’m not completely on board for the MMO idea though, TL2 was a great game because of, like others here have already said, the mods
an MMO like that will likely not have mod support
having been on the synergies dev team and having viewed this as the best alternative to D3 at the time, I really have to give it a chance!

I had the privilege of playing with Torchlight’s old team when I was beta testing it. Including Max and Matt (honestly it was playing with Matt that made me get the fanboy jitters, but he was super down to earth). 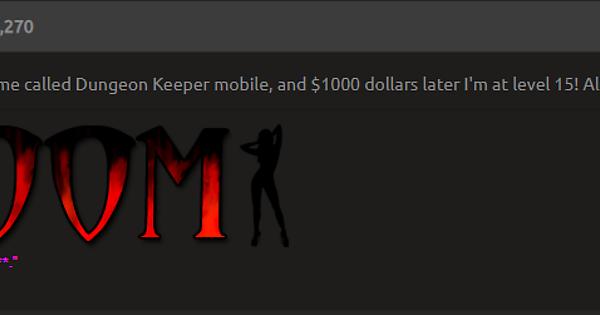 I was super worried that they partnered up with Perfect World but apparently it let them get done what they needed to. The team poured a lot of love into the game and did their best to really mull over feedback. Honestly I saw this coming.

For TL2 Perfect World took a very “hands off” approach but I’m worried that them closing the studio and Max opening a new one means they renegotiated and are more “hands on” this time around.

I’ll give it a try because I have much love for the old community and devs, but my hopes aren’t high. edit Man the nostalgia is real. My fondest memories are when almost every single dev joined my game in beta simultaneously and we had fun but also had a laugh when we realized multiplayer needed to be harder, when I convinced them to add the “toggle-helmet” feature (I want it in GD too but it especially made sense in TL2 because if they’re going to let us customize our avatar’s appearance we may as well be able to see it), and finding a game breakingingly OP build.

I fear it might actually be late D3, not POE even, free to play or not.

An action RPG really refers to a kind of a pace and feeling of combat,” Schaefer says. “There’s more emphasis given on the feeling of throwing a fireball and the feeling of that fireball hitting a monster, and it’s less about watching your cooldown timers and timing your hits after you’ve engaged attack mode. It’s just a way of interacting with the world and the monsters that’s a little more direct and a little more visceral.

A notable portion of Torchlight players were kids, if they are meant to be target audience again that means

More emphasis on smacking mobs indeed. Less emphasis on skill system, affix pool etc boring things target audience does not give a fuck about. Not good for local audience.

If it’s a pretend MMO like PoE, big pass. Last thing i want to play is a MMO with none of the upsides and with all of the downsides.

That’s a pass from me.

We will see the game at gamescom and pax west! 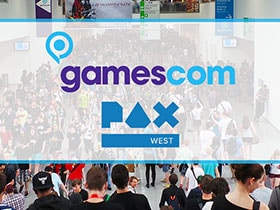 We’re happy to announce that Perfect World will be attending gamescom and PAX West!

If your wondering what kind of mmo it will be, then It will no doubt be something similar to Runics old vision of a party based dungeon crawler. Which was later put into development after some of runic team split up and then went on to make a game called Mythos. Some of the art on the teaser even looks like Mythos art.