Why Warlock isn't the best class ? :)

Because other classes also tick all those boxes.

But not that good sustain in fight.

It has great damage absorption.

Multiplicative and only if taking Possession. Mage Hunter or Deceiver is the other better combination for it.

It has in build enemies resist reduction.

Unless for Aether or Chaos which require specific items.

Let’s see what sets Warlock can get, the Clairvoyant, Black Scorch, and Trozan. Aether AAR is good but Spellbinder AAR is better. Chaos AAR lack RR though the sustain is good from Sigil, the problem would be energy sustain (too dependent on scales). Last is Trozan, the lightning sigil just lack support, most go for Druid in this case.

This isn’t even going into memes like the ones for Scion of Arcane Force e.g. Elemental Reaping Arc or Elemental Yugol Spinner. Warlock has it’s fair share of builds.

pretty simple, it’s because Blademaster is the best class

Solving the health sustain puzzle typically takes many pieces, and while Blood of Dreeg can certainly be one it’s not necessarily the main piece.

It has great damage absorption.

Fair, but Warlock also has the smallest baseline health pool out of all classes, so it somewhat cancels out.

It has in build enemies resist reduction.

The only part of which that is nearly relevant for Warlock is -%elemental, but that’s simply not enough to justify Occultist as a supplementary class to elemental Arcanists in most cases.

It has cool spells.

I think it would be more correct to say that Arcanist has cool spells, which isn’t the same thing you know

Not an expert on pets but as far as I know pet warlocks are pretty mediocre compared to the three main pet classes. Alas.

Don’t know if popular or not but it’s one of the weaker ones. Warlock is most known for Trozan build and Chaos AAR build, to lesser extent Lightning Doom Bolt.

This is a pretty complete answer. Those are all top Warlock builds that are very competitive in endgame.

Don’t know if popular or not but it’s one of the weaker ones. Warlock is most known for Trozan build and Chaos AAR build, to lesser extent Lightning Doom Bolt.

There is also chaos DB, which has the highest score for Warlock in grimsheet.

These aren’t even memes, they are probably more functional than other classes’ cookie-cutters.
Reaping arc is ofc better cause of higher weapon damage.

These aren’t even memes, they are probably more functional than other classes’ cookie-cutters.

I didn’t say memes can’t be good. Something being a meme doesn’t immediately imply “bad” to me, just weird or out there in concept, perhaps even unsupported or lacking direct item support. I’d argue that Elemental Reaping Arc/Yugol are less straightforward/mainstream or less recognised by players and builders than some of the other builds I listed.

Do you have a link for this build? When I crafted it I found it extremely underwhelming, even being below memetier.

It would need re-testing now that you mention it, only semi-recent builds I can find are from 1.1.7 and 1.1.8:

Updated for 1.1.7.2 : no significant change since 1.1.6.2 Warlock is often outperformed by other classes but Trozan is one of those sets that make the class shine, so here is my take that has a little more focus on the sigils than usual, and provides a setup working for both Crucible and SR. The build focuses on both lightning and cold, can complete 150-170 fairly safely thanks to the ridiculous CDR it has and the sustain provided by hardcapped sigils, and has a high success rate at farming S…

I can find months old comments from Crucible runners like @romanN1 that Valinov ran a version focused on Sigil stacking with the buffed Bonewall that was absurdly tanky. No GT or video/time for it though. Edit: Found it. 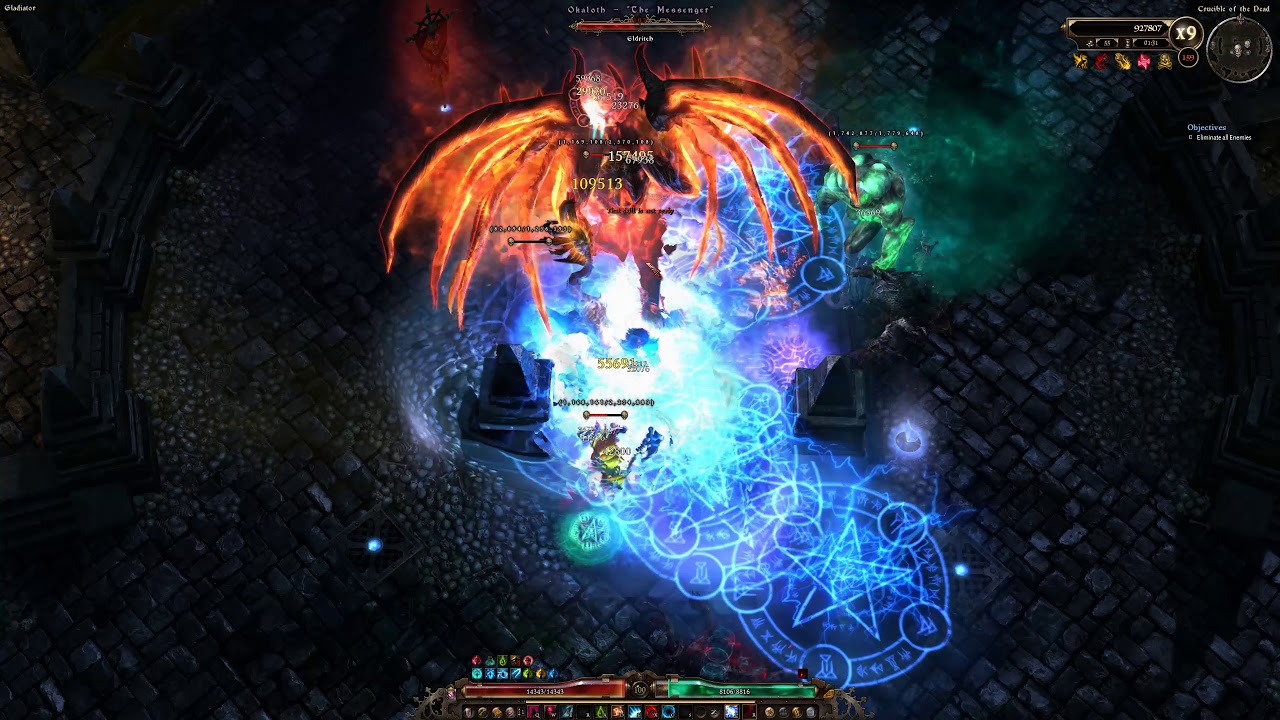 https://www.grimtools.com/calc/O2Gqm6qZ
This is the updated grim tools. It is actually stronger than the version in the video. Higher racial damage and a relic which actually works for the build. I originally noobed it up and was trying to use eternity with a shield 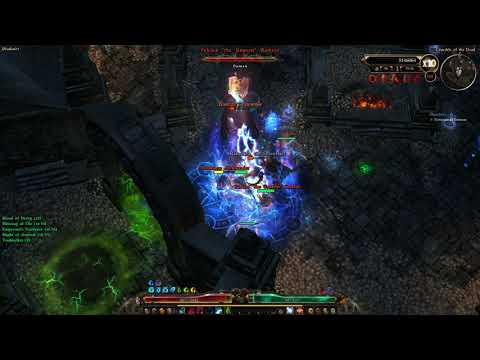 This is my variation of TSS + SoC Warlock based on Trozan’s set. I’m too lazy to make my own thread so i’m unapologetically using this comprehensive guide as a platform. Kudos to Dmt, of course, such a nice lady she is.

Imagine not linking rahzin warlock in all of that

How meme is it? Looks like the concept could be good.

Imagine not linking rahzin warlock in all of that 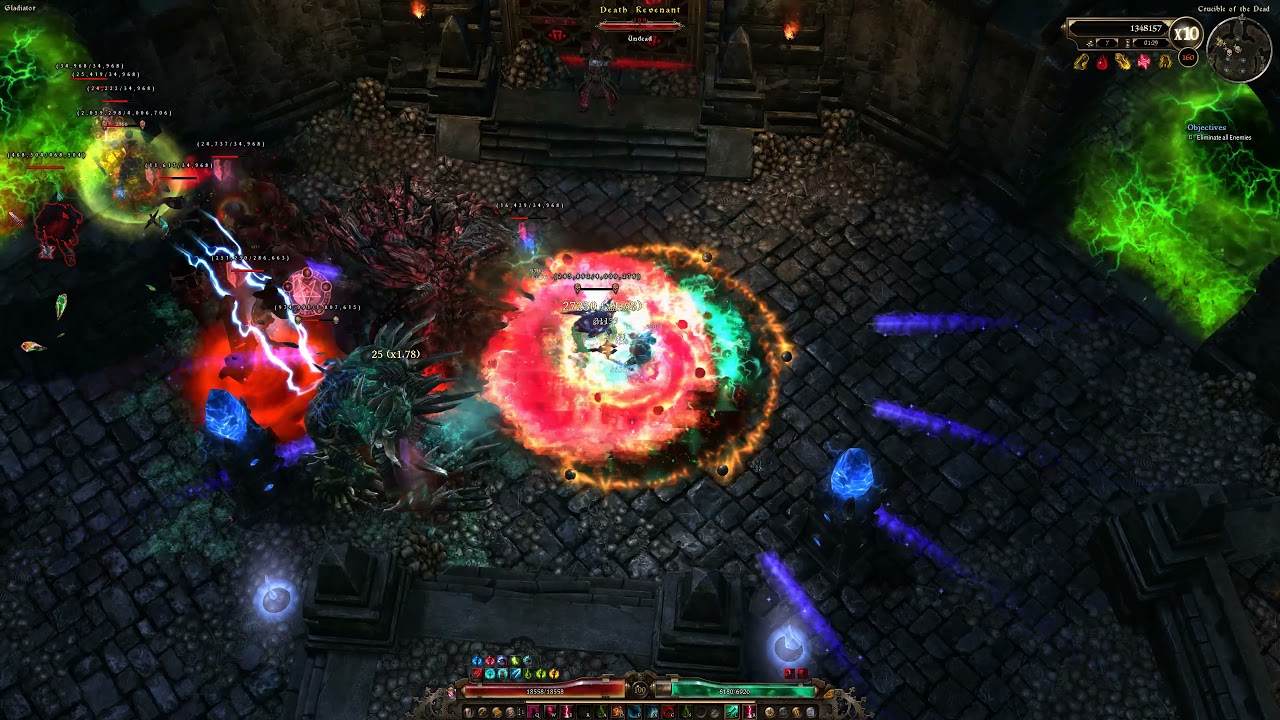 Looks great all around

. As for more Vitality Warlocks, I once tried tooling Vitality PRM + Doom Bolt together: Warlock, Level 100 (GD 1.1.9.3) - Grim Dawn Build Calculator. If it had something like 200-300% more Vitality damage I might have actually played it, otherwise it’s untested. I even took Gallows in devotion to try and squeeze more % Vitality damage out.

I did test off-hand + Conduit conversions in-game on a blank 100 though and they don’t screw up the Vitality damage depending on whether the orb or amulet are equipped first.

Best class name in the game…

Scion of the Black Flame 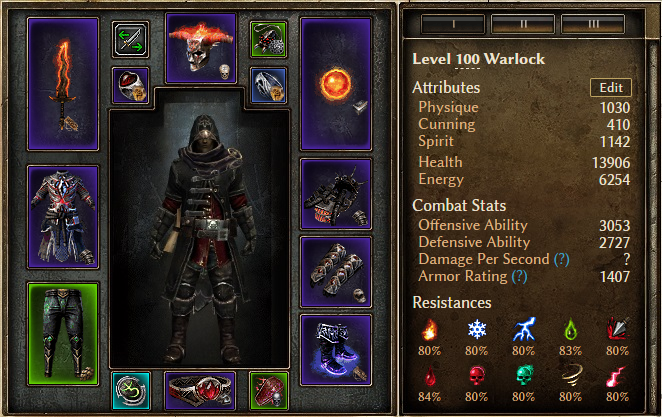