Alright, first of, i know what you all want. 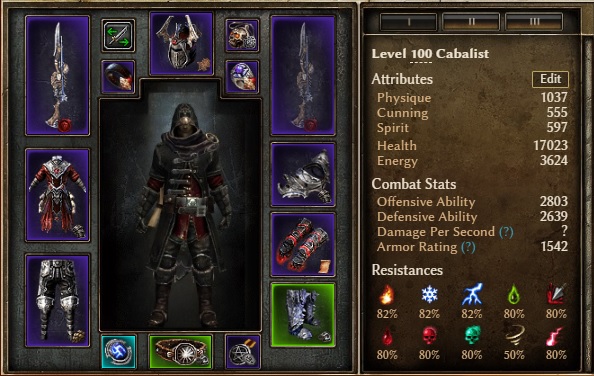 https://www.grimtools.com/calc/YZe4RXQV
There we go, the grim tools code. This is for people who want to straight up jump into what this is.

Disclaimer: All the opinions and decisions i made for the build are with hardcore in mind, that does not mean it wont work perfectly well on SC, it just means you can potentially forgo a few defences in favour of more damage. And i prefer builds that make use of overlooked items, or less popular abilities.

Alright lets get down to the build, i tried formatting it in relevant drop down menus, but if you want to take a loot at the whole thing the grim tools was already listed, and i will try to post a video with details soon.

And last but not least, as far as the rest of the unalocated skill/atribute points goes. Dump em wherever. Those should be from SR which i have yet to complete on this character.

those also count as attacks when they hit the enemym

Yikes, fixed it. Honestly with english not being my first language, if that is the only whoopsie i made. I’m going to be pretty satisfied.

Well some things i dont understand others i do. But you do this HC and respect for that and originality. I watch the stream sometimes. I would do something like this. I am not sure if the damage absorption from possession stacks with the one from the dark one proc, i thought not so i picked harbinger. Also bone harvest and much more flat vit damage. This is just what i would do.

edit: also did devotions, no idea if this is good for hardcore just what i would do

I am not sure if the damage absorption from possession stacks with the one from the dark one proc, i thought not so i picked harbinger.

They do but it’s multiplicative instead of additive.

Nice take on the build and devos. Tho i feel like that misses the main point of the build. The setup you went with to me feels like a more attack oriented setup. And by removing the few items that autocast offensive abilities, it vastly reduces the chance for the autocast loop to continue.

I added a video to more clearly show the idea of how the build functions. Tho i will try a 1h+offhand setup, and i fear it might actually be better, which is a shame since i feel like 2h are still in a bit of a sorry state.

cool video. Yeah i dont really know what you intended ofcourse. But i dont know how much these procs do compared to adding a huge amount of flat vit and a whole skill boneharvest that adds even more flat + 250% vit damage which is always up + more lifesteal. And yeah i would also just throw in girdle of stolen dreams it would lift you over 3k oa. But yeah it is a bit hard comparing and i see now you focus on groups which is always a good thing. In any case it is just my opinion and i dont play hardcore so yeah, lots of possibilities anyway with this build and cool that its a ranged darkone as well that weapon is quite cool.

Nice seeing you post the build here! It even has good DA now