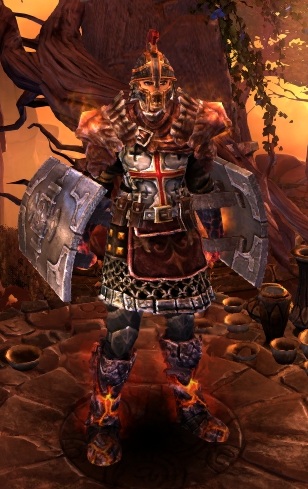 I always wanted to have some kind of paladin in Grim Dawn. Some patches ago Zantai gave us chance to wear two shields, so I decided to utilize the concept.

What’s behind this build?

Well, a the beginning it was perma Overguard thanks to cool MI Shield with cooldown reduction. This Item can be hard to obtain but there are other/better choices.

At the very beginning I was playing with - Presever Ring and Fleshwarped Pauldrons (still not ideal pref/suffixes though). Then I switched for other shields and rings, when they dropped.

I think I am a bit different in choosing MI’s for my builds than most of the buildmakers on this forum. I like and always pick MI’s for my builds because I know they are farmable (you pick area and fight - that’s what IMHO is Diablo-Like genre about). They also drop like candies in SR. Simple as that, period. There rest of the items I pick up for my builds are mainly craftable. Some of them are naturally random drops but, well hell… I still don’t have recipes for a few relics I would like to test.

I always try to make my build to be capable of clearing all the content and celestials in main campaign. They should also be repeatable on HC mode. When my build is successful enough in SC mode, I level it up later in HC mode. 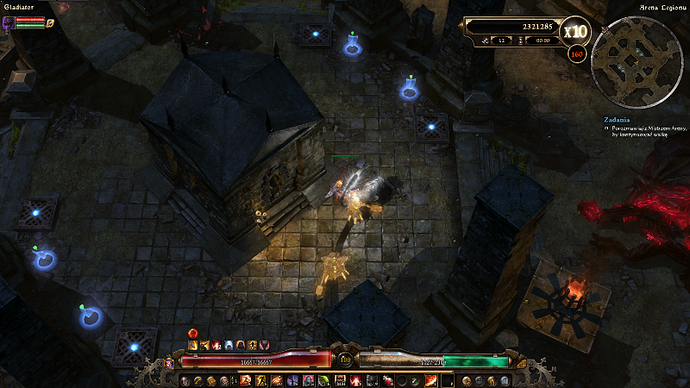 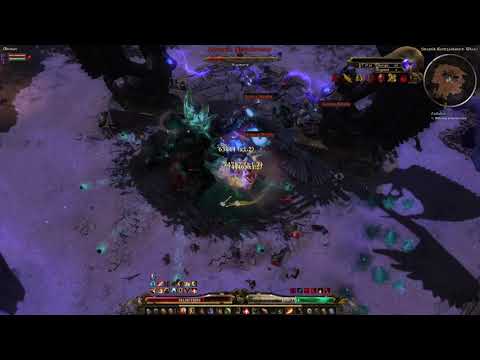 Impossible bosses of main campaign
Well there is one…
Calladagra is IMHO close to impossible with this build on Ultimate, I had to move to Elite to kick it’s ass and still it took me about 10 minutes, so not exactly success story here. That’s the way I achieved helmet for final version of my build.

Final comment
With the state of retal builds in Grim Dawn patch 1.1.6.2 I think it is reasonable choice for someone who want a solid build for his first/second char. It works on HC, it works on SC. I can be farmed and crafted in smth like 80%. It can easily kill everything in the main campaign (except Calladagra - it’s pain in the ass - beware in HC!!!) and farm for other chars. Oh na it is also very easy to pilot… being also very mobile thanks to 3 types of moving skills.

Ok, so maybe it is not the strongest build in the world of Cairn but it is so fucking fun to play. If you love classic paladin, you will love it, my current setup:
https://www.grimtools.com/calc/lNkPGLQ2

It’s not even perma over-guard now but still can beat all the nemezis in the campaign and some of the celestials.

Some experimental setup against Gargabol with nasty mutators:

Fabius and Kuba - the same off setup as before:
https://www.grimtools.com/calc/dVbg0yEZ

My first ever Mogdrogen:

I took about 9 minutes to get him. I only recorded last part, cause… small SSD and the like.

Hey guys! Today I am very happy! That’s my first char that was able to kill Modgroden on Ultimate

Have a look at the final seconds of that fight!

Well, mainly - perma Overguard thanks to fantastic MI Shield. Hand’s down for this drop.
Then goes two other MI’s - Presever Ring and Fleshwarped Pauldrons (still not ideal pref/suffixes though).

I could only see you were using colossal bulwark on one of those GT links https://www.grimtools.com/db/items/8832 is really M. Siegbreaker a “good” shield for retaliation? I do not think so. Same with Ravager helm, like why?

Preserver ring is not a MI, it is a standard base

Well man, when you play solo self found, you just got what it drops… so… that’s why

It’s not BIS setup… but I am still happy with it, I will be even trying it in HC, cause it is POSSIBLE to gear up this way (not GDstashed). That’s my perspective right now.

if you just wanted +1 all skills you could use free Fettan mask, or even a faction helm like dreeg defender headguard or basically any helm with resistances prefix and “of thorns” suffix

What I wanted from this Raveger’s Dreadgaze was:
-10phys res from debuff

with bulwark:
it dropeed with skill cooldown reduction - that’s why I choose it in the first place

Perma Overguard is cool when you have things to farm. So that’s a basic version of this build. Remember also that it must work for HC…

edited: oh, and also… it’s not pure retal… it is more kind of a hybrid…

I agree whole heartedly man. Just know that when you post stuff like this, builds especially, you can expect everyone to tell you how it could be done better using all the gear they GDstash.

Do you really assume that I GD stash fettan mask or the faction helm dreeg defender headguard?

And most suggestions that you will see on this forum are reasonable.

Was written in the end of the opening post, so I took that offer and asked some questions. What is wrong with that?

Why would I assume that you, personally, would GD stash those free items?

I wasnt talking about you specifically. I just saw his reaction and wanted to co-sign his points. I read builds all the time and I just know what’s potentially coming.

A good way to curb it, @gregory_portman is to put in the original post that it’s a self found build, even though you did explain that in a roundabout way. When people see “self found”, theres really no point in anyone saying “you could do it better with __________”.

Saves you the trouble.

We are all on the same side.

Of course there is, some items are actually farmable, free, or are faction items … Like what if you saw a dude playing SSF ravenous earth cabalist and used idk mythical deadbeater. It is totally fine to say “hey dude an improvement would be to farm a decent bonespike in mountain deeps” - because those daggers drops like candy

of course it does, but it seemed that you meant that as long someone is playing self-found, they should be immune to receiving advice on gearing.

You’re picking parts of what I said that fit that logic and focusing on them.

What I was saying is that designating the build as self-found up front can prevent situations where someone suggests a better gearing option, and when he asks how he gets it, and the response is “GDstash it”.

Well, I AM really looking for advices on this build, so all the critique is very welcome. Well I mentioned that I play SSF because some of my gear choices is just ‘because it dropped for me’.

@malawiglenn is right that some of my choices might not be optimal and there even might be better choices, so I’ll try to test his advices, I just want to stay with general idea of the build: double shields + tanky + using retal mechanic.

I’ve been pushing this build into higher levels of SR now. It is strong enough to farm 75-76. I am not sure about consistency though. Some combos can be hard but still it could be like 80% success. 71-72 farming is a breeze.