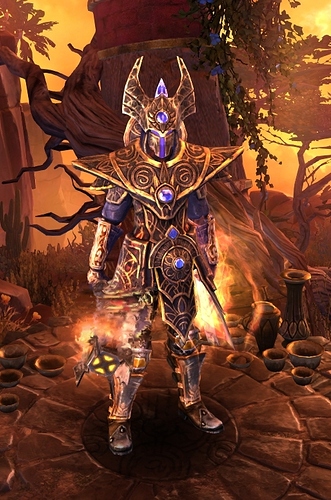 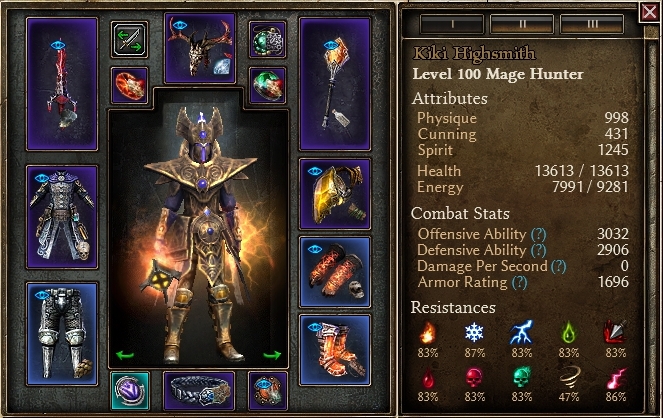 I also want to thank all Safarel Discord Community

I was just looking for a MH build oh wow

Nice one! I will include this in my budget guide

@Matias perhaps you wanna have a look at my guide?

I was actually just looking for a build, not a guide, but thanks anyway! @malawiglenn

I was playing in SR with AAR and Mage Hunter is really resilient class. So AAR in different flavors, lightning, aether, chaos and fiah

Yeah, I tried to make a fire AAR sorcerer work for quite a while, but it feels like an orange dancing on a katana. Very colourful – and very dead.

But I think that the Justiciar set deos a lot of the heavy lifting here, too – defensively speaking, I mean. It was the only thing that made abovementioned sorcerer able to consistently survive crucible 170 (clear times went down to like 10 minutes, however; and I won’t even start with SR

Why did you go for the full set instead of using Aetherreach gloves, though, @omnitrio? Is it due to Burning Justice working better whilst kiting? Because that flat dmg on Aetherreach does look very juicy (kind of like an orange – damn do I want an orange now…

My mage Hunter will come back in game, need to do this ! wOw

I was playing chaos version and was able to beat SR 75 with defensive procs, went to Ishtak and DG. I was theorycraft somewhere fire AAR, but don’t have GT.

Look forward to see your tweaks of lightning version, maybe even aether AAR, although good old Binder is solid competition.

Ah, right, the %total speed – totally forgot about that one in my calculations, probably due to the pulsing shard of celerity I’m using on that ridiculously hulked-out spec of mine

Hi there,
i am really interested in this build and i managed to get almost every item.
But i am not able to get your devotion-tree. There is always something missing…
Chaos: 1 from Crossroads, 2 from Viper, 3 from Jackal and 1 from Solaels Witchblade. Thats 7 but for Revenant & Ulzuins Torch you need at least 8. I dont see any other active constallation, which give me another chaos point.
It would be really nice, if somebody here can enlighten me…
Thanks
Kuare

Hi)
You need take some devotions and then skip them

A little bit complicated to skill this way but it worked. Thanks for your help.

This build is the sister to my and Norzan’s build! If they played together, unstoppable! Clear time looks lower but the inquisitor seal +aura of censure makes it a lot safer vs. certain kinds of enemies. Very interesting.

Omni if you ever want to make a video in multiplayer with the 2 fire AAR builds hit me up.