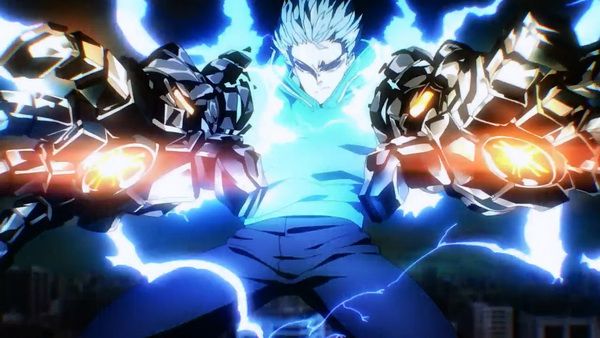 For Genos’s latest upgrade to ARMS mode, Dr. Kuseno has tapped directly into the aether, allowing Genos to fire a constant barrage of aether missiles!

So, we’ve seen most of these proc builds before, afaik it started with the original Boogermancer many years ago now. I noticed this post on reddit last night and knew what my spare 20 minutes at lunch today needed to be: a very silly GDStashed aether missile cannon.

THIS IS NOT OPTIMIZED https://www.grimtools.com/calc/xZy8LnnV 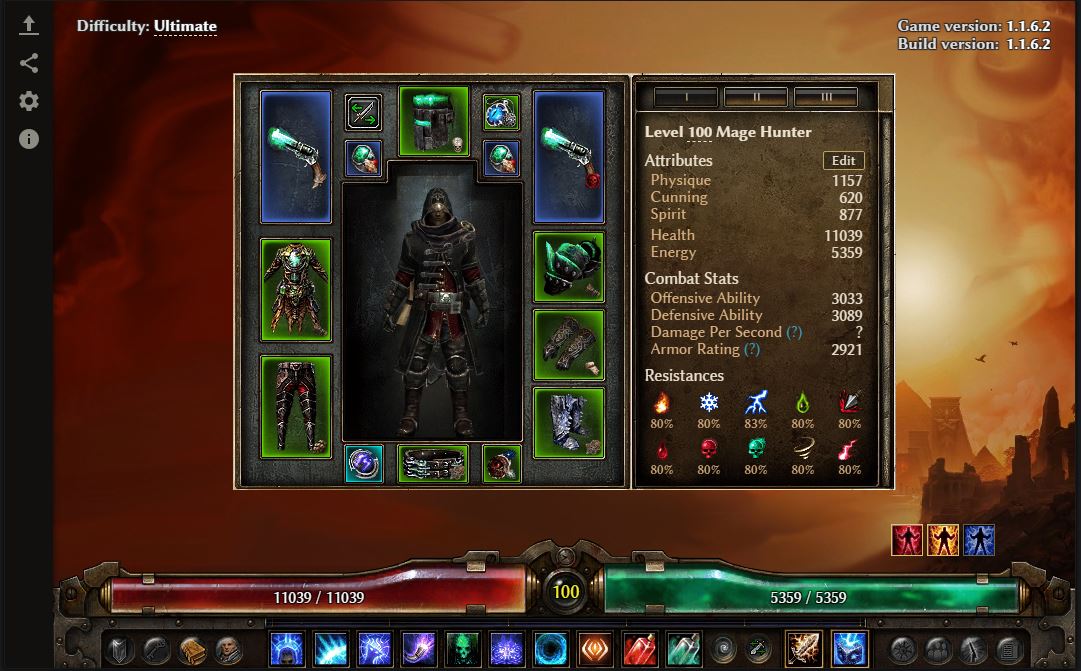 Despite lacking a second RR source, Mage Hunter is a far cooler anime name than Purifier or Apostate imo, so Arcanist got the nod.

To fit the cyborg bundle of barrels and maximize projectiles and aether missiles, two pistols were chosen (that also have missiles, ofc). Mage Hunter forced shard of beronath for an AA replacer, but really we’re just here to throw some extra bullets in the air for leeching.

Playstyle: Drop seal, tag mobs with WoP, Storm Box, and Corruption, and then pew pew as the missiles crash into the mob. Decent armor, seal, and bat on storm box keep you sturdy against most packs. You’ll need to teleport and reposition occasionally with the usual nemesis jerks.

First SR65 run dead ended in small arena with Reaper. -10% damage mod and -10% armor left me unable to pew pew him down nor tank the extra time (tbf I hadn’t bothered with resist augments yet). Made my only tweak to grab obelisk in devo map for more DA and armor, actually dropped some resist augments on, and went back to it.

Second and third runs were both successes with time left on the clock. Second run included +8% damage mod but also +15% aether resist for mobs, third my HP reduced. All runs had -AS modifer.

I am not an especially good player and could manage full boss room aggro with this (outside of Reaper being a dick), so good players should have no issue. In general you want to be point blank though as the full barrage comes crashing right into their face, so aggro abuse speeds things up. Bonus points if you’re a griffin boss, not sure if they have base super low aether res or if something about their model allows splash damage to hit multiple times, because they just get deleted. Big packs of fat mobs go from annoying to ideal targets as they also get splashed right in the business.

You lose 2 missiles to convert elemental -> aether via the rings so you can actually have some non-bat leeching.

You also get 9 green prefixes to play with in this fantasy scenario, since every suffix is for MOAR MISSILES.

I don’t play crucible regularly, so someone else will have to give that a shot. There is probably a ton more to squeeze out of this if someone really dove in. For now I was more than happy with the silly anime approach success. Biggest noticable defensive hole atm is the lack of phys resist. Suppose ghoul would be a quick adjustment to confirm.

Seems like a fun concept. Perhaps you can squeeze in Wendigo and Ghoul for some extra leech and phys res. You could also take Haunt and Eternal Haunt for some extra RR. Like this: https://www.grimtools.com/calc/4VxXQ45V