The reason behind this build is to make use of the Scion of Arcane Force 2H melee mace for a Warlock because it gives bonuses to both Arcanist and Occultist. I decided to use as a main skill spamming Callidor’s Tempest. As a core of the build I chose Iskandra’s set using only 4 pieces (bonuses to elemental damage, physical resistance, + skills to Arcanist and the most important of all - conversion from aether to elemental). Build also uses two green monster infrequent rings for bonuses to CT. I have managed to get huge weapon damage, huge physical resistance and nice lifesteal on this build. It kills relatively fast and despite low life its defenses are OK.

I have another build with Scion of Arcane Force here. All my builds are here.

You need prefixes on the rings with + 2 to CT. Suffixes don’t matter that much. You can always change augments and components to make it work. All affixes that I have chosen are not rare. All crafting bonuses are to freeze resistance. There is another possible version of this build with 3 MI’s here. 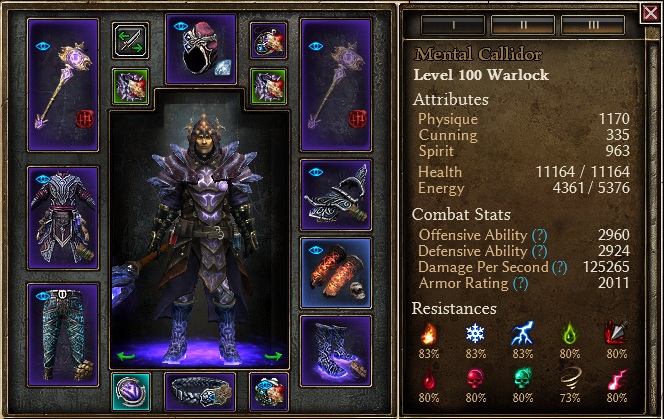 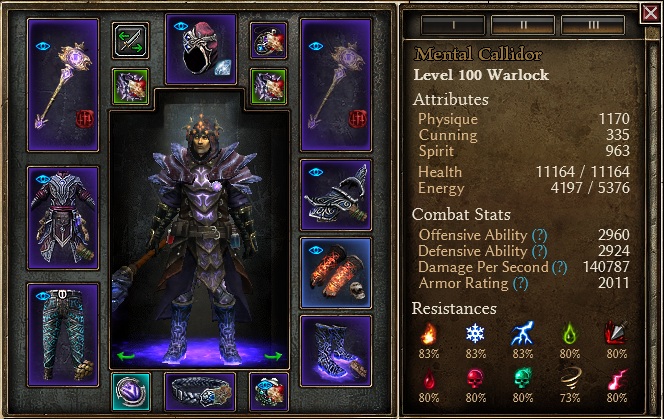 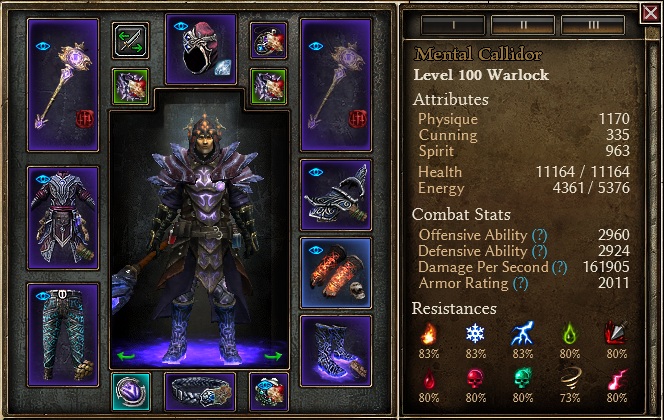 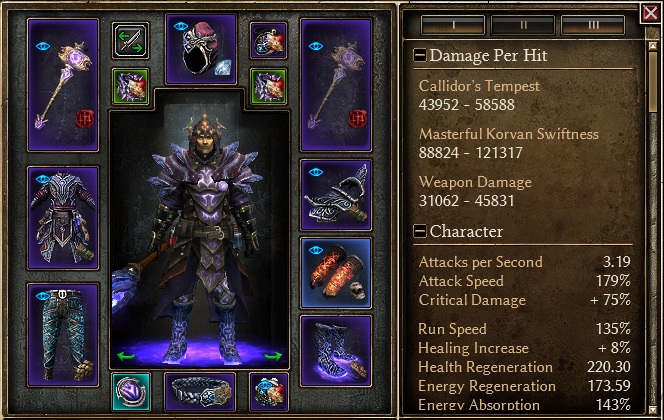 This build does SR 65-66 relatively easily. I tried even SR 80 with it and first three shards are easy but physical hitters in boss room are tough because it is hard to outleech them due to lower single target damage of CT.

Nice build Duchy. Lower stats(resistance caps, DA etc.) than I imagined when yesterday you told me but you managed to go through SR 65 now I wonder that my Sorcerer can do it too lol I’m gonna try it

Back to topic. I would use this devotion setup to be more aura like https://www.grimtools.com/calc/RVvBXGzV revenant is kinda useless for you, tip the scales make you more survivable. And you can also get a arcanist belt from Valbury with freeze resistance(you need to cap it) and OA(plus other stats)

It is there for the 6 % ADCtH. But Scales are really great. They might be better. It has to be tried.

You might craft Coven Vile Girdle with a freeze resist too, they have some good OA too.

Yeah I didn’t want to go too heavy into the greens. But that devo setup of yours does look better.

When I look at it more it isn’t worth it. You lose ghoul and 5 %adcth in total. Scales will not make up for it. And vitality and pierce res are low. And I am not sure if vitality damage is converted. The modifier on Scion could only apply to Solael’s Witchblade and not in general. I don’t know which one of them is correct.

And my version does not have low res overcap. Only bleed and pierce and they don’t matter much.

You get Turtle, and with Ygraad Arcanist belt has vitality>aether conversion on it with a high amount of freeze resist. And you get one like with vitality resistance etc to get your resists back. Pierce is not that important but if you get a %25+ vitality resist on belt it’s even better. 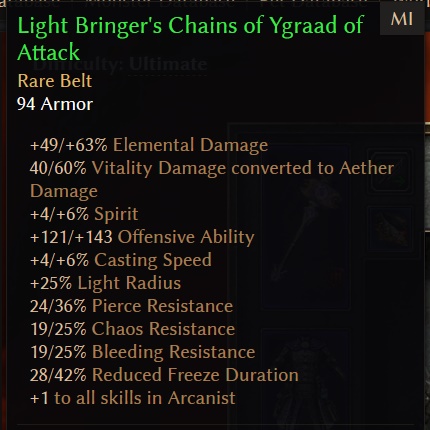 %5 adtch lost is a huge lost I’m aware but it’s just an opinion. You have a great build right now which can progress SR 65+ so you don’t need to change anything exactly.