So, Morgoneth was bored and decided to go to the Steps of Torment and borrow Alkamos’ scythe… 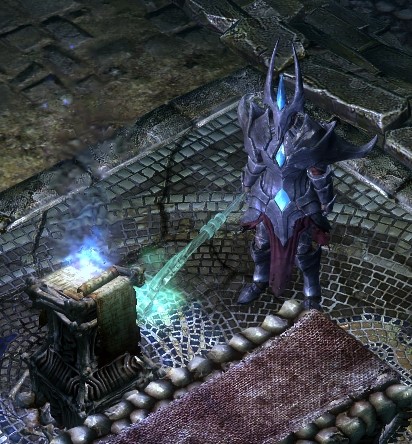 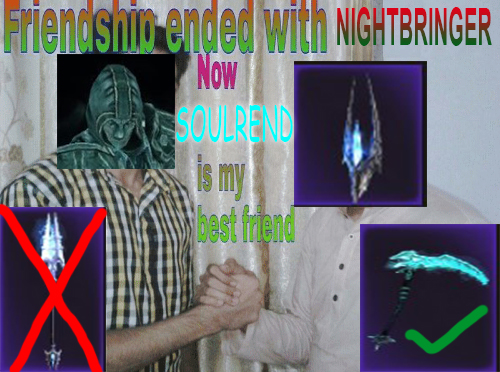 Since all of Morgoneth’s items (yes, including Nightbringer) dropped for me and the Magi haven’t dropped ANY of their rings, I decided to build a “Full Morgoneth” set build. I can’t figure out how to fit Nightbringer into the armor pieces, so I used a Soulrend instead. This was really just for the flavor/meme, but it turned out quite decent for me.

Final Thoughts
Soulrend + Armor of the Eternal Night is the core of the build, and you can definitely change other items and devotions to improve performance. My only goal was to use all Morgoneth items together with Alkamos’ scythe as a theme/meme build, and it turned out good for me.

Where are you guys finding these belts? I’m working on getting morgoneths helmet and haven’t seen any rings except for the cold magi one, its decent. JUST got soulrend to drop. I’m pretty new to the game and have got my reaper to a pretty nasty spot doing a DW deathmarked build but would like to build around Morgs armor and soulrend.

Where are you guys finding these belts?

Astral fields, and also drops from shattered Realm now and then.

I don’t see it but anyway why Ellena’s over Kaisan’s Burning Eye?

Ellena can roll CDR on top of flat cold damage.

Kaisan can roll it too. With cooldown maybe it could be stronger (cooldown is a really strong stat) but really hard too say without testing in my opinion. And killing dummy wouldn’t be a good way to test it because it has low Cold res.

I would’ve chosen Ellena’s Necklace if it still had the -RR to Veil of Shadows but it was removed in Grim Dawn Version 1.1.7.2 Hotfix 2. tqFan’s suggestion of Kaisan’s Eye could also work but depends on affixes.

I somehow remember that there was a Flat RR in one of the item slots that’s why I opted to remove Rhowan’s Crown; I’ll update it later, thanks for pointing it out.

Morgo boots are also meh. Get the regular Amatoks. Slow res is crucial. Since you execute SS through the autoattack button, any delays on finishing the autoattack animation = precious fractions of a second lost on SS cooldown.

I am working on a non-meme version of this, thanks for the suggestions.
The pants and boots are there only for the theme of “full Morgoneth armor” even though they are not part of the armor set.
My mouse setup is ABB on left click and SS on right click since my playstyle is hit-and-run. I’ll try the SS on left-click. 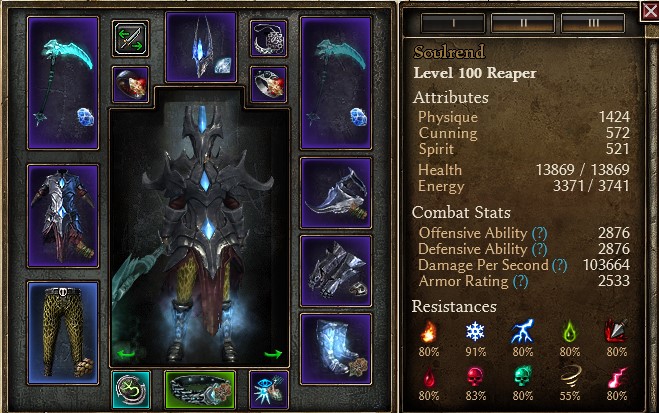 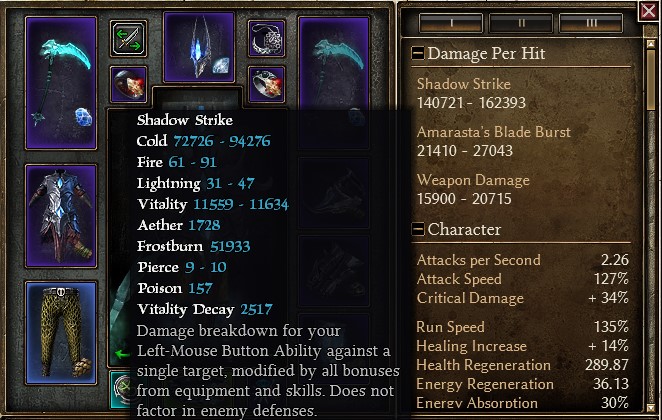 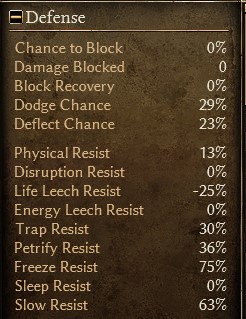 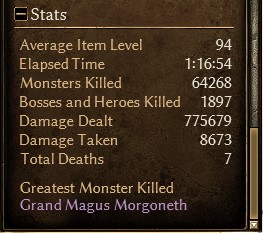 you should get rid of all 3 points in ring of steel. they barely do anything (not even a procer) and 1 more button to press when you already need to spam ABB and BH for bonus (thats what i hate when playing reaper, 2 buff for a short duration but they are huge). and 1 more point in Breath of Belgothian (they only work for dual-wield bonus). really love the devotions, since it provides a lot of energy regen. all SS build i saw in this forum only play in crucible with buffs, and personally my time with cold SS is awful since mana regen is a big problem

they barely do anything

it can help to improve survivability- yes. but spamming a lot of button you need to keep everythings up is making gameplay awful. and if they have huge AOE and DA shred + impair aim like Flash bang- they will be definitely worth. the build is squishy as only 12% physical res, will those 28% fumble can save it?

and 1 more point in Breath of Belgothian (they only work for dual-wield bonus).

Thank you for noticing, I probably forgot about it since I used dual-wield to level this character. I put the point to Merciless Repertoire since the Poison damage is converted to Frostburn via the set bonuses.

This is the reasoning for still taking Ring of Steel despite having enough Devotion proccers. I find that RoS cooldown fits ok with skill rotations.

but spamming a lot of button you need to keep everythings up is making gameplay awful.

I don’t find this melee-piano playstyle awful. It makes the gameplay feel more active in my opinion.

Check out this devo maybe? https://www.grimtools.com/calc/q2maQEm2

I have tried this devotion path on the first time that I built the character, but the build eats up energy fast and this devotion setup has very low energy regen, even with consumables. I could see this working on Crucible with the buffs but not anywhere else.

I’ll test it out, thanks for the input.

@teppieteptep check out this version of mine I was playing around with
https://www.grimtools.com/calc/L2JYqO4N
_Reaporgo.zip (1.5 MB)

It’s GDstash glass cannon ofc but this totally destroys timers. Despite all the nerfs to nightblade, cold, morgo, this should still be one of the fastest builds in the game. Sadly I can’t get myself to speedrun this game anymore

He’s right. Even with Spark, two maxed nukes with cdr is too much for main game. But imo the devos are optimal for frostburn so hate to change it just because of some stupid energy regen. Can use of insight affixes, and/or mark of illusion and arcane will on jewelry. Also could change Throne to Owl actually. Don’t need the Throne, really.