I made a poll some time ago, about what to do with my reaper toon. People’s choice was Fire, so I tried. You all know the result. Then the runner-up was physical reaper, I made that too, was fun but it was too squishy and didn’t have any light in it. Here is the final form of my reaper. I wanted to make this just right from the beginning, I guess I shouldn’t have made a poll

though I changed some things from my first theorycraft, it turned out even better than I expected. 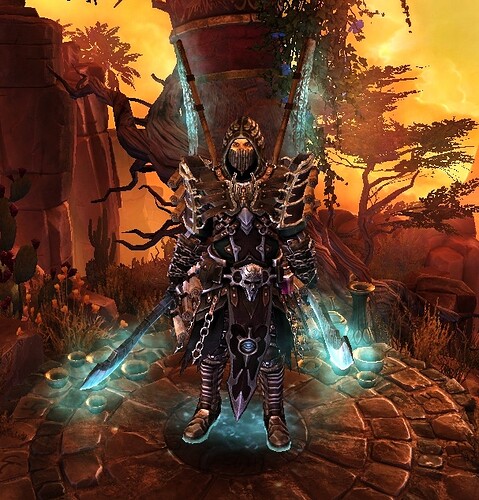 What Changed? - I decided to get more pierce>vit conversion thus used Morgoneth Helmet and Night Whisper Conduit. Also gaved up from Meditation relic, got Serenity and used the extra skill points to get lethal assault buff to compensate damage loss. Decided not to use craft gloves so used Obsidian Grasp to get both AS and Physical resist. Changed MI affixes accordingly. Build is now better damage wise and defensive wise. But can’t say it improved drastically. It’s at the same spot but safer now.

Here’s a SR 90 Complete Run (with a few deaths) 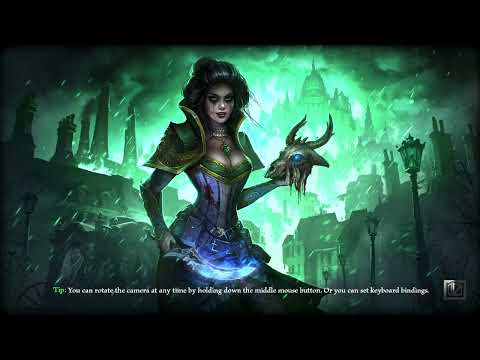 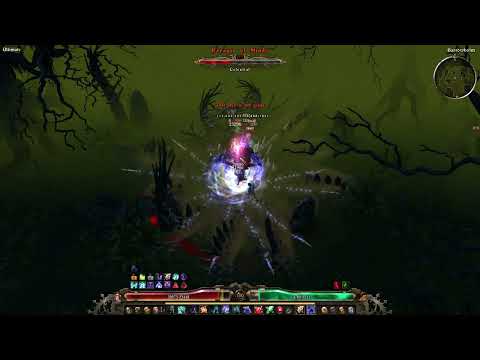 Just binded Wendigo to BH instead of Omen. Used consumables. It’s really hard to kill Ravager with a vitality melee build. I did get one-shotted at the same he die stupidly but didn’t bother to record again so here it is, just don’t be greedy

PS: Couldn’t try Mogdy but I believe build can kill it with consumables.

First things first; yes, unfortunately there are 6 MI’s in the build and all are necessary. No I didn’t use GDstash to crate them, all are self-founded, time wasted, legit single-rare MI’s. And there is also one crafted green item, which is not a big deal and there is a good alternative for it.

Nothing weird here, simple DG/Rattosh route. Oh wait, I forgot to take Ghoul! No, I didn’t. You basically don’t need it. I take Wendigo instead of it and binded it to Ill Omen, it basically make you immortal among crowds but also really good in Boss Rooms. This simple constellation+binded skill combinations is the key of build’s survival. I’m aware using RE as proccer is the new meta, but in this build everything fits just as lego parts.

Build is squishy but a surviver. health bar goes up and down a lot so you need to get used to it. Be ready to use BB and MoT when needed, keep hitting is better than running here. Damage is good, lifesteal is great but you take serious damage. The only thing helps you stay alive is the huge health bar; even getting serious hits you have still 6-7k health to go on and most of the time one hit recovers all of it. I did killed Mogdrogen with this character on previous builds so I couldn’t test it again but it can surely kill it if you have enough resistance. I also made a mistake to choose Ravager of the Souls with this character so I can’t kill it because of it’s %100 Fumble debuff but build surely can kill of Flesh and of Minds; at worst scenario you re-spec some point into MoT and get RoS for fumble and kite a few times to use MoT again in second phase.

Why didn’t I use the full BK set or atleast 3 piece? Because it’s already really hard to balance OA/DA and resistances, with the set CC resists are becomes impossible to cap and the damage is better this way, only gain there is easier to cap AS and better phys resist.

PS: If you’re using GDstash, with double-rare affixes on all MI’s; build has a lot room for improvement. 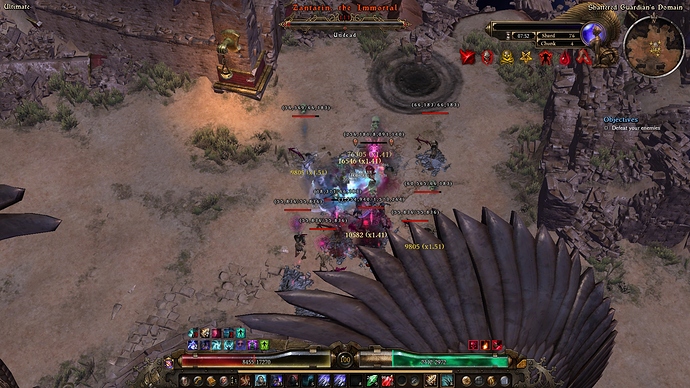 SR 75-76 Run with Berserk and Cruel mutators. I didn’t made a lot of runs because everything will change soon but it’s really easy, the only danger is Kuba with Leeching Mutator. I’ll test 75-76 again and maybe even further after the new patch, till then see you!

I changed the medal with Namadea’s Eye. Much better than Plagius Mark. Provides more ele>vitality conversion and more flat damage. But since it has no resistances on it I had to change affixes on Shoulder and Belt aswell. Also changed the attributes; invest more cunning so I can reach to 3k OA.

The only loss is you can’t hardcap HoS thus can’t cap AS without seal of annihilation but damage absorption from ancestry ward also crucial.

Test this build again, pushed it’s limits. No change made. (but Beronath got buffed, Raveger helm RR was nerfed %2.)

SR 90 last boss, Grava. with kinda good mutators. Worst part of this build that it needs too many greens. I wonder how it perform with double-rares.

Video is on the bottom of the op.