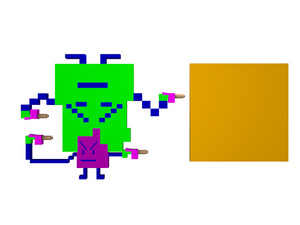 The bullet is enormous, there is no escaping!

Who needs a jajaja tri-elemental update when we can go deeper! A combination of ranged testing with runebinder and curiosity in how far we can stretch damage types has led me to a paladin, of all things. And AFTER I stopped specifically trying to build a paladin. 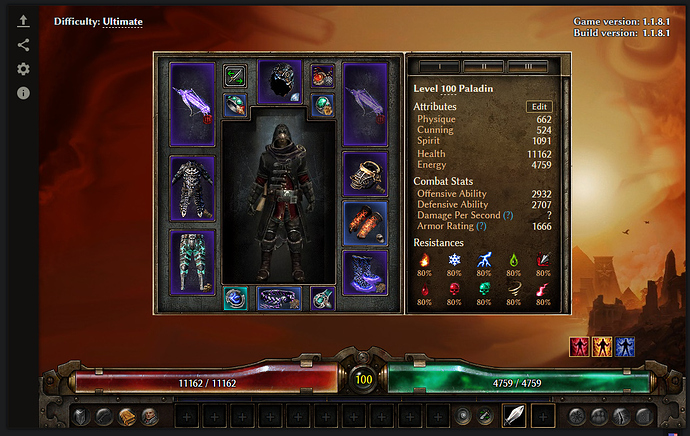 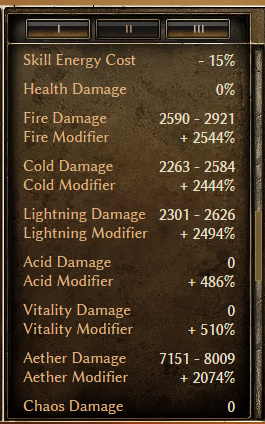 Disclaimers: They aren’t called DEEP CUTS for nothing. Scraped the bottom of the well to try for 4 damage support on this, so don’t expect dps miracles. It can do SR75 but expect a few deaths unless you play very cautious, as you can’t blast through some tougher nemesis boss room combos without quality kiting. Or abuse the last of the camera turning trick days, as it can certainly take any single nemesis. I had a rough night of nightmare multirush small boss rooms as I don’t turn the camera. Think Aethersnake + Grava bumrush on load in type nonsense for ~7 runs straight. The rooms that dps monsters can power through but this needs more finesse.

What you do get is proc spam and the ability to say you threw caution to the mono-damage type wind. I believe crucible and SR65-66 can run safely with Seal of Corruption, but I wanted the extra leech in 75-76 after the night of doom so I flipped to Seal of Blades.

There is probably a more serious pure elemental build hiding in here if you ditch the rings and swap to an inquisitor belt for aether conversion, but that’s no fun.

Head, Chest, Necklace, Shoulders: Bonemonger is the clear call. We get RR, attack speed, phys res which is weirdly slim on this, and % damage for all types

Weapon: Runebinder gives us a true elemental AA as shard of beronath just doesn’t keep up. We’ll turn about half it it to aether for giggles

Pants: Leggings of Arcane Currents mainly because they support both damage types and decent enough resists. Proc adds to the spam

Relic: Would love to go Ignaffar Combustion here but we just don’t have the sustain without leech on Bane. Honor is also a sneaky option if you get leech elsewhere, as humans and aetherials are our slowest kills, so you can pick up all damage and racial. May try this with the seal of blades/haunted steel swap in weapon

Medal: We don’t get the best of the bonuses on Mark of the Shadow Queen, but we still get quad damage, OA, and resists

Rings: Our conversion from elemental to aether. For once I wish these had the damage % that is being converted away from that usually annoys me on conversion items, but alas. Hard cap inquisitor seal and boost arcane empowerment, plus aether % and flat.

Skills!: Max smite as the king of ranged wps, hit 20% on others. We don’t need to worry about actual attack replacer points, and yet you could still wish you had more because multi damage Inquisitor is a point hog. I really wish the Guardian RR mod didn’t require celestial presence as those points would go into ascension and this turns into a probably flawless SR75 runner, but alas. If you want more tank strip away and add to ascension. Or just run SR65-66 because it’s more efficient for loot anyway and probably the new baseline come 1.1.9.

Devos: We need attack speed and a pile of elemental and aether damage % because we don’t actually get much from the class combo. We’ll head hard south to Seekers + Arcane Currents after picking up Widow and Kraken up north. Hydra and Toad will have to cover our leech, we’ll use flat RR on Smite and skip revenant because we can’t do the big two T3 and skellies. I’m weirdly biased against Ghoul but it would actually be a good play here too.

Gameplay: Standard gunner. Always stand in seal, tag with WoP and Storm Box for RR and proc machines, then shoot. You can spam seals with Bonemonger, which you want to do because it also carries a bunch of RR in this setup. Vire might, or safer disengage rune if things get too hot. Max inquisitor seal is an interesting defensive mechanism. You can ignore a massive amount of spam paper cuts, but then one big boy comes along and splat. It’s taken a decent amount of runs to get a feel for what is going to be safe to ignore while shooting and what requires getting out of dodge. For example, you don’t have the absolute massive damage to clear packs with an arcane hero hiding in them before you get zapped and squished.

SR: Only SR75 run cause I wanted to go to bed hours ago after a collection of shit tier boss rooms. Single death trying to take Reaper and a mob of friends. Evident from the video that this is pushing the max comfort level, play SR65-66 if you want a consistently smooth experience. Also a rare peekaboo Valdy sighting

Special Request! Give an Aether % mod to something for Inquisitor please and thank you, ala Elemental mod to Necro on Shadow Queen medal.

Here’s a crucible run with it

Will update the post probably this weekend after playing around with a try hard pure elemental setup after I finish testing items, but it’s absolutely better if you’re looking for serious farmer with purple effects to take two elemental rings and ugdenbog waistband to convert aether to elemental. Goes from SR75 feeling like a stretch to perfectly fine with multiple bad mods.

I really like the Bonemonger set and it’s nice to see Runebinder get some love.