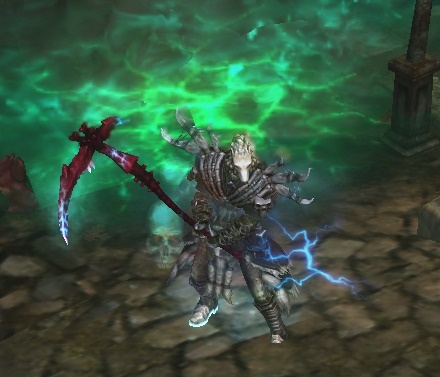 Hi everyone, I leveled a Ritualist to make a vitality melee build but wanted to try a more memy idea and it turned out very good, probabşy even better than vitality theorycraft

I know some of you liked the illusion with bloodfrenzy weapon effect, here a front image without effects. 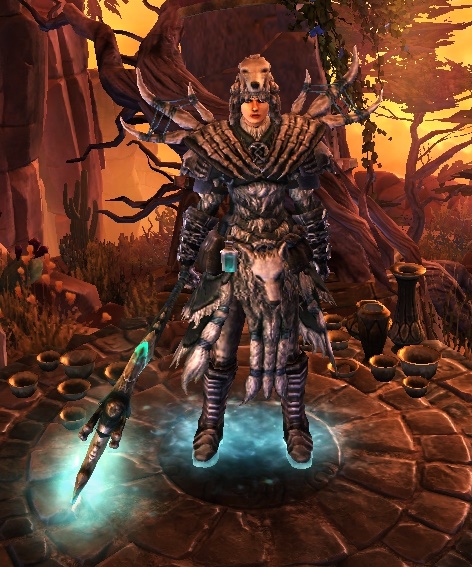 What changed? Changed only medal and a ring. Rylok Crest is now mandatory since Savagery WD mod of the Bloodrager Helmet distributed to main skill rankings and that medal. I was using Lifegiver rings for bonusses and stats but I think now Combustion ring is much better. Also changed pant affixes. 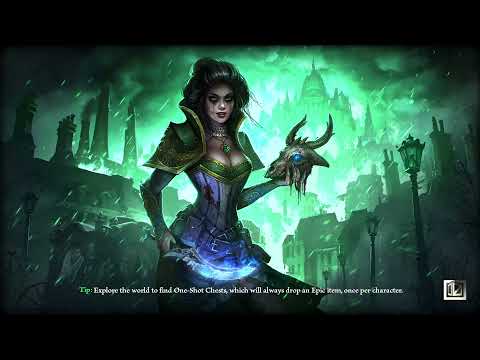 Only one death in chunks due to my stupidity. 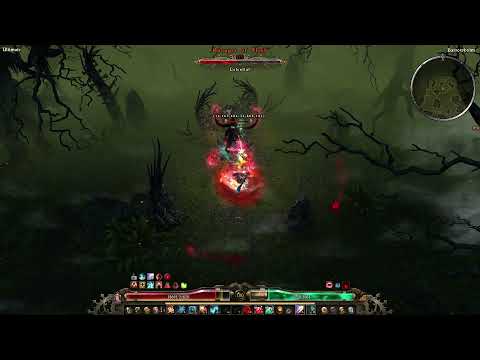 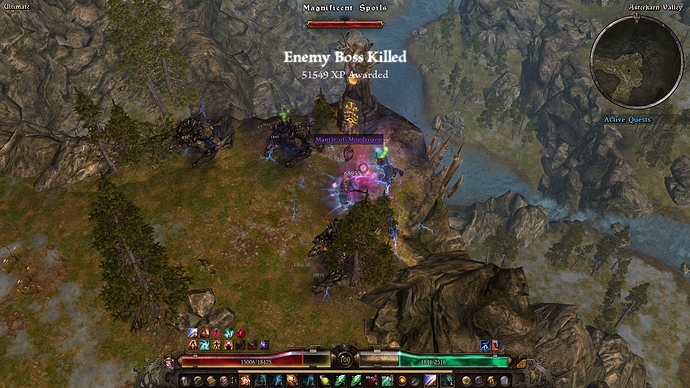 screenshot181920×1080 1.72 MB
The OA pharmas are same with Ravager use, I killed Ravager, come for Mogdy and killed him without the need of reusing pharmas. You need Stormshroud Ointment for extra lightning resistance ofc. It’s a full facetank combat.

Did try Calla, second phase is really hard. You need to kite a very long time to kill her so need steel nerves for that which I don’t have.

The biggest problem of the build is very low Cast Speed, so PITA to cast BH, Omen, Tide etc. OA/DA was really hard to balance but I had to choose OA to proc Assassin’s Mark and Bloodrage. If she had more DA I could push further but after 88 boss rooms also got really harder. AS is very low without Bloodrage and Bloodfrenzy procs. Kited a lot to kill Grava in 90 but armored mutator also slows things ofc.

Build has some bleeding damage so I thought giving some points into Devouring Swarm but skill rotation already too much for a low cast speeded physical AA build. I didn’t take SS for the same reason, instead I invested extra points into WPS.

Wait, Ravager have second phase? Idk he did from all that face tanking. Jk.

Thanks, yeah it’s kinda mixed DK/Warder concept. My first idea was to use Gutsmasher then thought Leviathan would be much better in both offensive and defensive way.

I just made this to try out, kind of expecting it to be a lesser version of some other auto-attacker melee builds, and damn was I wrong. This build feels really solid and outperforms a lot of similar builds in the cadence/savagery/RF/bero family. Congrats on making a dude with 1000 hrs of testing hundreds of builds feel like there is some ground left to cover in this game. Bigly respect, mate.

This build feels really solid and outperforms a lot of similar builds in the cadence/savagery/RF/bero family.

Yeah, I’m just saying that I have tested many in deep SR and in Crucible. I can def say that this build feels a lot more sturdy than most of those options and still shreds as fast. I’m not saying it’s flat out better than all of them, but that comparatively, if a player is looking to make this type of build, that it feels better than a good 90% of similar options. I personally love mad_lee’s builds and used his cadence WL as a template for one of my legit HC playthroughs, and this build brings me that same joy, but feels tankier, so it’s a great option. GG

Thanks, not much. Maybe leave Feral Hunger as one pointer and invest extra 8 points into Blood Pact or even Wendigo Totem to push higher shards.

Looks like there’s no GT link in the OP

Oh, thanks for telling me, fixing it.

do you have leveling guide for this build? look interesting!

Well I don’t make leveling guides but it should be easy to level as 2H melee physical ritualist since I leveled like this. No particular gears needed while leveling. Find a 2h weapon, invest Savagery, and it’s transmuter, invest brute force, feral hunger and upheaval; tenacity of the boar and storm touched. Then go for ritualist side, invest WPS and Spectral Wrath. Then go get Primal Bond, invest passives. Get 2h weapon(troll bonecrusher I guess)from trolls on the way, or Voldrak Crusher.

when you usually take second class?

Which build is more tanky ? This one or your leviathan warborn DK ?

Which build is more tanky ? This one or your leviathan warborn DK ?