Any and all credit must go to @Rhylthar; the title of my build is a homage to Rhylthar’s Bloodrager’s Trickster, who has dedicated himself to get as many viable Bleeding builds as possible.

Cadence is traditionally seen as a huge single-target skill that struggles in the AoE department. Additionally, Cadence is not traditionally seen as a bleeding skill, despite Fighting Form having one of the most massive sources of flat bleeding damage in the game. Crate’s v1.1.9.0 patch will introduce a SR set that is centered around Pierce / Bleeding Cadence; however, I wanted to show that Physical / Bleeding Cadence can lay out some heavy bleeds as well. 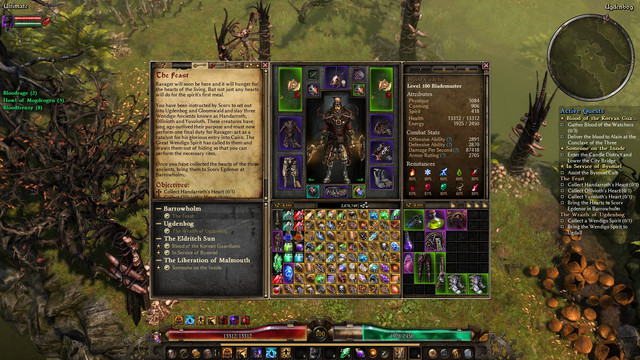 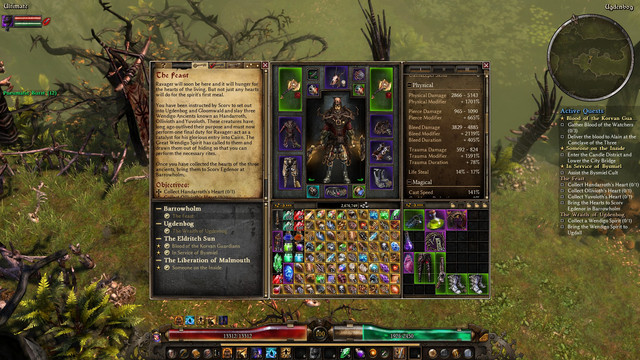 Gearing revolved around the combination of Aetherwarped Cleaver & Crimson Claws to give Cadence a total of 10 targets to apply the sweet, sweet, Bleeding damage. Additionally, the Crimson Claws converts all of Cadence’s Pierce damage into Physical damage, which is great for Nightblade’s Dual Blades, as all of that flat Pierce damage is converted to Physical and goes through armor.

To round out the gear, as much as I didn’t want this to be a common Bloodrager’s build, there really is no equivalent when it comes to Bleeding damage. Transmuted Blade Arc is fantastic for when you just need a giant swath of Bleed applied, especially if you need to navigate around fumble pools so that your Cadence hits aren’t wasted. Ring of Steel + Circle of Slaughter provides a great fumble debuff as well as 360 degree bleeding coverage.

The highest Bleeding ticks I’ve seen on the training dummy is just short of 300K; not the level of Shaman + Savagery, but makes up for it with huge AoE damage and great tankiness through good Armor, 40% Physical Resistance, and adequate leech. The hardest part is finding a good way to use all the Skill Points; Deathstalker is necessary for it’s much needed RR for both Physical and Bleeding damage, and maxing out three attacks means there’s little left for things like passives and WPS. I’m open to any and all suggestions, but the Grimtools is how I currently have it.

Unsurprisingly, this build has much more success in Crucible than it does in Shattered Realm, and I’ve managed to get right around 7:00 minutes with this build, which is the fastest I’ve ever done with any build, pets or no pets. As long as you’re applying the Bleed ticks and constantly moving, you can do very well even in the face of Grava and his fumble pools. The only weakness I’ve found is low Freeze resistance, which hurts much more in SR than it does in Crucible.

[1.1.9.0 update]: Thank you for everyone’s suggestions below. After testing numerous equipment and skill combinations, the best option was to keep Lacerator’s Girdle while using the points originally invested in MA to distribute between Scars of Battle and Shadow Dance to take care of tertiary resistances. Armor components are overkill for armor absorption, but the OA in Living Armor is needed and resistances are rather tight; potential options are either Titan Plating for reduced reflect damage or the recently buffed Runestone for the head piece.

I’m surprised that you’re underwhelmed with the Lacerator Girdle. It’s the only Reduced Target’s Damage proc this build has, and I was testing its efficacy for whenever the day comes I try out some sort of Bleeding Primal Strike build (another skill with lots of flat Bleed that no one really uses). I can definitely use the skill points for Reforged Chains (or even the Green belt that converts Acid damage to Physical for more Internal Trauma goodness), but I strictly had this belt in mind when I wanted to make a Bleeding build happen.

For devotions, I overestimated how much Energy Regen I needed on this build, so I’m considering replacing Harvestman’s Scythe with Dire Bear, and see if the Armor shred helps the Physical damage shine more. The nodes also have Freeze Resistance, which was a weak point I saw and works well with Sailor’s Guide.

Might be a noob question since I haven’t really played Blademaster but is the 8 skill points investment in Markovian’s Advantage really worth it since you’re getting better flat DA shred from Howl of Mogdrogen anyway? Could clear up some points for Anatomy of Murder or War Cry or even Phantasmal Armor there, no?

The points in MA were to get the WPS Pool to 100% - I suppose it’s not much in the end since it’s only 115% Weapon Damage against 100% Weapon damage, so I can see the argument for changing it to something like War Cry. I personally hate not having max WPS investment and knowing there’s a bunch of white weapon attacks between Cadence strikes, but it sounds like taking the points out + getting the Oleron belt would give me enough points to grab War Cry + Break Morale.

I’ll give it a test - the weakness of losing the Lacerator Belt is that War Cry does have a 7.5 sec recharge time and any enemy that comes after I use it would not have DR for the entirety of that cooldown. The additional Physical RR would probably balance that out though…

Interesting idea, you can revise the build after the 1.1.9.0 if you like. Pierce/bleeding Cadence might be much better with the new set.

I tested the combination of removing points from MA and equipping Chains of Oleron to get points in War Cry and Break Morale; the loss of survivability in not wearing the Lacerator Girdle was immediate and noteworthy.

The bigger help was removing the points as Crab_Turtle mentioned and placing them in Shadow Dance and some Soldier passives; I updated the Grimtools for 1.1.9.0 to see my new setup.

Updated the OP with an SR 80 clear - the combination of Bloodrager’s procs and the newly invested secondary resistances is a real lifesaver, as I’ve found that CC effects really screw you if you can’t stay on top of your targets. Pneumatic Burst is a real lifesaver, as it does so well to mitigate DoT’s placed on me where other melee options wouldn’t have that luxury.