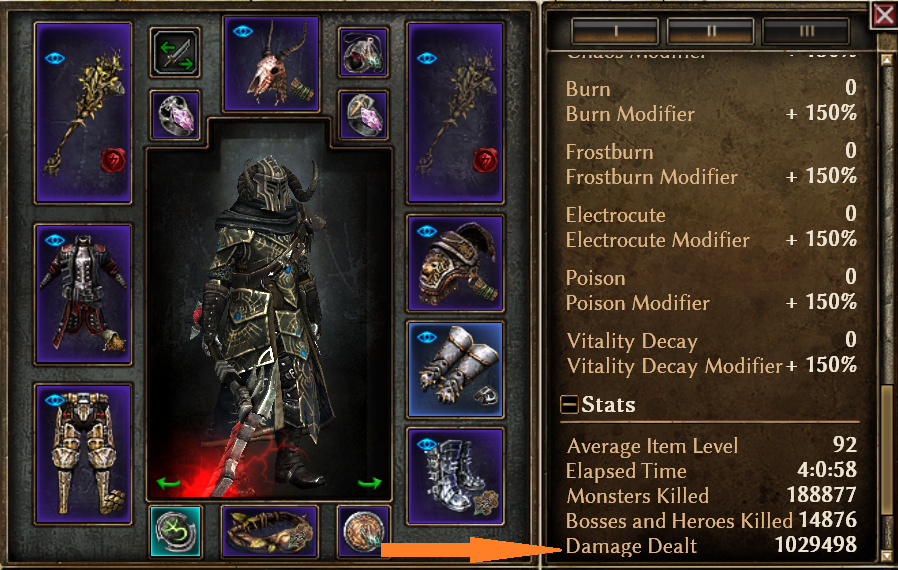 Edit: So I made this build last night, and then read the proposed 1.1.9.2 patch notes. I think this build will still translate into the proposed new patch with some tweaks to the skills, medal and maybe the helmet.

I’ve been working on a 2he damage dealer. This build hits very hard very often, critting often around 500k, with the highest crit in SR75 being a little over 1,000,000. Regular, non-crit attacks can then hit for up to ~100k-500k damage. The build also afflicts enemies with around 200k per second dot damage. The ~1m crit was acheived some time during the SR75 video. Before then, the highest crit that I noticed was around 860,000. This have been due to mutators. This is also my first attempt in SR with this build, so with different mutators or in multiplayer, I believe this build could achieve significantly higher critical hits.

This is sort of the melee version of a glass cannon. It has enough defensive stats to be able to stay in melee combat through a lot of fights, but definitely is not tanky. It has 0 damage reduction to enemies, and 0% damage absorption. Ascension helps a lot when it is active, but it has about 40% up time only.

The damage output clears enemies very quickly, as Feral Hunger and Upheaval will hit multiple nearby targets (allowing you to deal those massive crits to everything nearby).

Another very helpful defensive strategy vs trash mobs is using Eye of Korvaak devotion proc on the main attack. The petrify that it inflicts is very helpful for lowering incoming damage (and that tasty DA shred is great for landing those crits of course).

I see you’ve soft-capped a bunch of skills that very much should be hard-capped. Moving your skill points around could skyrocket your damage even higher. Just on skill points you could be getting more RR, more DA shred, health, physical damage and flat damage. Grabbing rylok leap on the medal is another chunk of OA/DA shred for free.

I’m very impressed by the damage numbers, though taking ascension off the buffs list shows what’s really going on.

For proof, here’s an example of the same build, but I’ve taken out all points in Ascension: https://www.grimtools.com/calc/L2JRw6R2

Grabbing rylok leap on the medal is another chunk of OA/DA shred for free.

And again, even without the crits, the damage per hit is still quite strong.

Moving your skill points around could skyrocket your damage even higher. Just on skill points you could be getting more RR, more DA shred, health, physical damage and flat damage.

Eh, for me once I’ve made a good proof of concept, I’m not too fussed with ultra-fine tuning. Even though more effectiveness is probably possible with the build, I guess I lose interest when the time spent to minmax the build provides diminishing returns with the effectiveness of it.

However, if you’d like to build upon this idea, minmax it to be even stronger, please do so and share it with the community, I’d love to see what you come up with.

You’re misinterpreting what I meant about taking ascension off. It wasn’t meant to be rude. Some people will deliberately leave spare points intended for ascension or other semi-permanent buffs that show up in the column for posting purposes or instead take in-game screenshots showing the character minus said buffs. It just gives a more accurate picture.

The DA point was more about order of operations. Judgment is unlikely to be the first skill used on any given enemy. Tying some amount to your leap is a good way to get things going. The better option here would probably be any number of the 15% Reduced Target’s Damage leaps.

There’s no “ultra-fine tuning” being asked. You have 3 points in rebuke when you could take two out for no loss. Why 20 points in savagery? Why not 21? Why not 16 for the highest charge bonus you can currently achieve. Why 11 points in Ascension? Why 3 in Clarity of Purpose? Why 6 in Wendigo Totem? Why 2 in Heart of the Wild? Those last two points in Brute Force give you 250 Flat Health, 23 Flat Lightning and 12% Physical damage. Imagine just swapping those points in Rebuke that are doing nothing for those points in Brute Force. That’s a large damage increase and it’s a fairly obvious choice. You’re missing a free 5% crit chance from Divine Mandate, DA shred from Crushing Verdict, free RR from Celestial Pressence, etc. These choices just don’t make much sense. I deliberately didn’t get into gear choices or augments, components and devotions because I didn’t want to “ultra-fine tune” your build here. I was genuinely curious about the choices in skill-point allocation.

Sure thing, please forgive my defensive tone. There is some merit to what you’re saying, of course.

I found balancing tankiness with damage on this build quite hard, because obviously I wanted it to deal massive hits, but a dead dps deals no damage, of course. I guess I’d made these sorts of considerations when coming up with the link for the OP:

However, I like your points about getting the extra crit damage from Divine Mandate, extra points into Brute Force.

I’d chosen Wendigo Rush as, because the build lacks defensive capability, I wanted to be able to heal up as I move into or away from fights if need be, especially if I’m moving out of wendigo totem range, or if potions are on cooldown.

The idea of getting a reduction to enemy damage rune is appealing though!