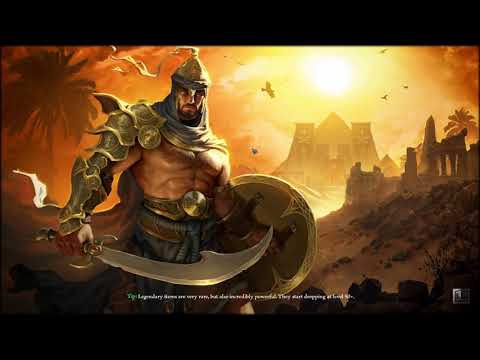 This is a concept build that I was exploring that I found fun to play. It’s certainly not going to win any BEST TANK and CERTAINLY no BEST DPS awards. But the build is fun and interesting, so here it is!

I loved the idea of making a Templar tank, something that fit the theme of a Spellblade or Spellmace.

The Iceshatter Guardian uses a combination of wide AOE magic and her hammer to smash through enemies, afflicting constant CC and trauma damage to the battlefield. 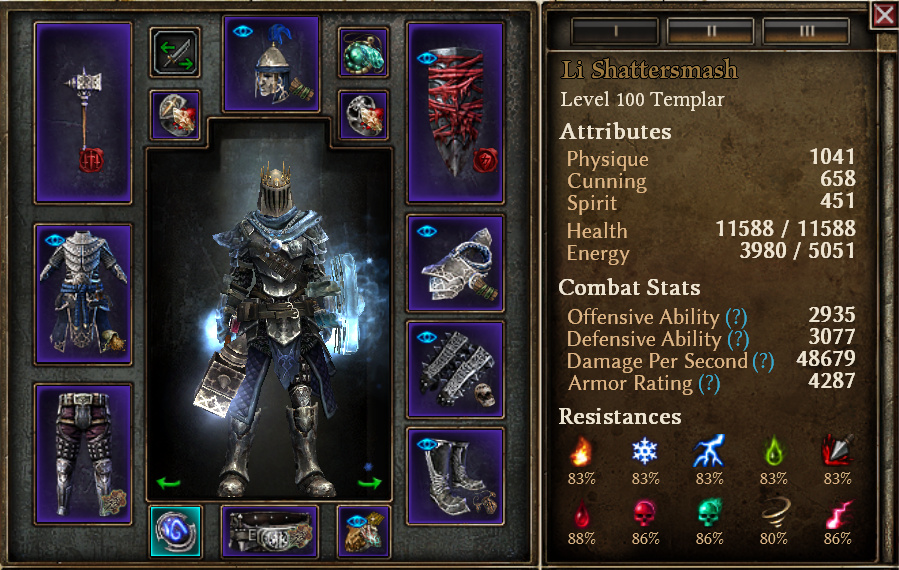 Judgment is on a 2.4s cooldown with added weapon attack damage, trauma damage, and reduces enemy DA. It pulls all trash mobs in a 10 meter radius nice and close. Doomforce slams all enemies in an 8 meter radius for weapon damage and additional trauma damage.

Olexra’s Flash Freeze provides bonus freeze resistance reduction to enemies, boosting the duration of it (or the chance to freeze vs some mobs). Olexra’s is mainly effective against trash mobs, but against trash mobs it is highly effective. Bringing the battlefield to a standstill is a great way to take a break from incoming damage, especially in high trash mob rich environments like SR or Crucible.

The barrage of Doomforce, Judgment and Olexra’s Flash Freeze wrecks groups of enemies at a time, or leaves them full of Trauma DoT damage. All Trauma damage lasts for 5.3x their usual duration, allowing this build to ‘fire and forget’ on entire enemies of mobs.

A common tactic is to Vire’s Might in, pull enemies close with Judgment, freeze them (and apply phys RR) with Olexra’s Flash Freeze, drop Doomforce for additional trauma damage, then Wendigo Rush on to the next group, or toward whichever boss mob wasn’t afflicted with Olexra’s. 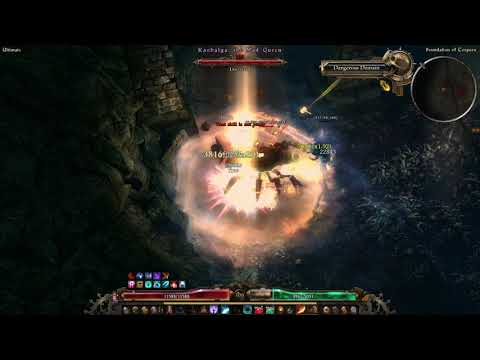 Having two movement abilities helps her to navigate the battlefield with ease, moving in and out of combat where required leaving a trail of dead or dying enemies in her wake. Her movement abilities are also fantastic for dodging certain attacks like Aleksander’s Big Green Rock.

Her magics provide an unyielding sturdiness - A high ranking Maiven’s Sphere of Protection and Light of Empyrion devotion proc work together to significantly reduce incoming damage. 3900-4165 armor also significantly reduce incoming physical damage. If need be, she can use Ascension to bolster her damage reduction a little, and has Mirror of Ereoctes if things get tight.

Healing from the build comes from 11% lifesteal, +20% lifesteal on Shattering Smash, Twin Fangs on Righteous Fervor and Maul on Judgment. 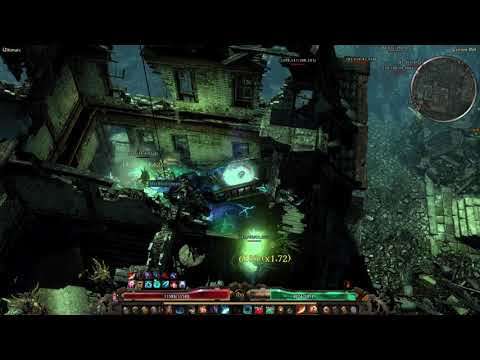 Vid: Playstyle and Aleksander. At this stage I’d forgotten to equip a medal component and had forgotten to assign Assassin’s Mark. Lol

Neat build concept! Do you think there are any greens you’d consider using?

Neat build concept! Do you think there are any greens you’d consider using?

I’m not sure to be honest, I try not to work with greens if they’re not needed. I’m sure the pants, boots or gloves could be swapped out maybe, but overall each item was chosen specifically for it’s benefits to the build.