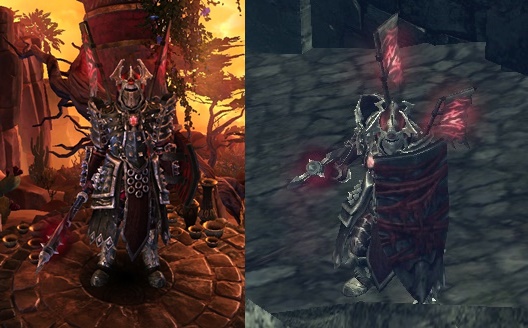 Hi everyone. Most people know my DW Vitality Oppressor. I reserved that thread for 2H version but it was awful to play both offensively and defensively, then I experimented with DW Vitality EoR which was okayish. After that I thought why not S&B version? As most veteran player would mention, S&B none-retalation builds suffer a lot in this game except a few archetypes. This one is better than most I guess, so I wanted to share with you.

Farming range is rather easy but slow. Kuba is the biggest thread, and takes too long to kill. That’s why I didn’t want to do 85. With bad mutators, build probably can’t kill him.

PS: Can’t test Mogdrogen because I already killed him. But I believe build can kill him with lightning resist consumable and some augment changes.

nice use of faction ring

Yeah health is the biggest defense of the build, because damage is quite mediocre; killing vitality resist monsters is PITA but atleast build does not die easily.