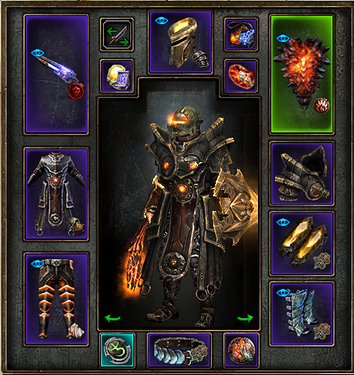 This build was originally prototyped for deep SR, which meant it had to be very tanky. Testing it in deep SR (150+) with a team showed that the damage wasn’t enough for the team, so it was shelved, but as a solo build playing standard SR 76, campaign or Crucible, this build is really quite powerful.

Of main interest is the buffed Rune of Kalastor, each one of which can drop up to 21 fragments, carpetbombing the area. It’s a lot of fun.

On top of that, four mortars reign havoc from the skies as well.

Healing from Ulzuin’s Wrath and Vampire Fangs is enough to keep the build very healthy during most fights.

While I have not included a video because I am lazy, I am confident that this build can comfortably play through SR 76. I would expect it to be able to go slightly higher with the right mutators.

This build’s high tankiness and high damage output meant that fighting in Crucible ‘naked’ felt similar to playing Crucible on other chars WITH buffs. It really is a solid solo build.