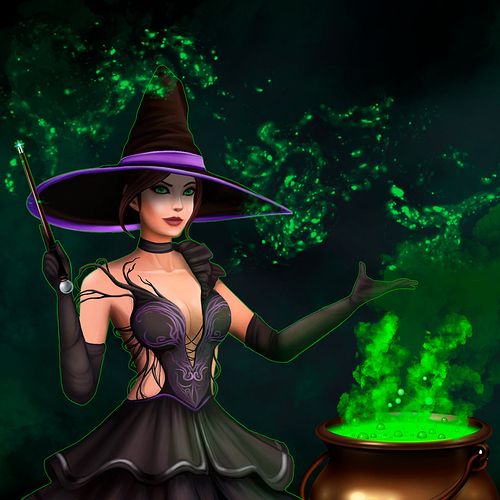 This thread is inspired by missing workshop build topic by @DeputyChuck

Acid/Posion Apostate doesn’t sound particularly good but there’s a set supporting it - Ragadagu or something, boosting Censure and Omen but build needs something extra for damage, so here’s the role of Ravenous Earth + spamming skill. I had thoughts of using Acid Purge (on acid build if you can believe that) but I was happy with results and QoL of Biting Blades, so decided to stick with it. 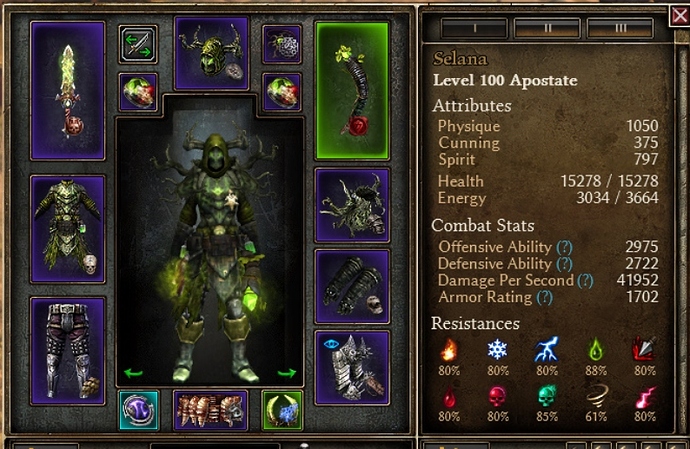 Key for this build is the full Radaggan set, since it gives - RR to two skills, while classes have none. Also both Omen and Censure will do some damage too (sadly Censure is converted to vitality) Other items with Ravenous Earth mods are Pandemic weapon (Bonespike is great for vitality builds but don’t support acid), also Leafmane off-hand, Basilisk medal and Viperfang gloves, which can be substituted with other with acid damage and cast speed.

Other items are for support. Magi rings of Shuroth are really great but Eternal Rot are also fine for this build. Belt with +1 to Necro and acid damage is also good but other belts with +1 either class are also fine. Boots are here for acid damage and slow, Final March are also good defesnive option. Pants and relic boost one f my weakest points - physical resistance, cause set have none!!! Also they boost my offense, pants proc and I’ve decided to use Afflicition’s granted skill.

Nothing fancy here, Yugol+Abomination is the standard acid builds route. Perhaps the toughest decision here is what devotions should be used for flat RR, decided to take Revenant and it’s life steal and cast speed over Manticore %damage and physical resistance.

Amazing area damage with multiple devotion procs, Shuroth rings too and that’s on top of multiple spells with AoE, Ravenous Earth is especially crucial. Single target damage isn’t as strong but in Crucible with buffs is also good enough to clear fast.

I have four separate damage reduction sources and I that’s not even intentional, since they don’t stack

Build is really consistent in Crucible clearing in slightly under 5 on average. Most enemies melt in few moments, only slower foes are MadQueen (she’s also dangerous) and Alex. Even Kaisan is fast. Defensively also build is reliable and allow you to focus on dealing damage. Here’s video from my fastest run of 4:44:

In SR build is good for 75-76 farming but low physical resistance can hurt it going deep. I did SR 85, Gargaban kiting was real Odyssey though, I don’t recommend it

Petition to rename Radaggan as