I wanted to create an aesthetic duo of mages. Originally I was exploring the ‘yin/yang’ concept in character builds, but ended up just going with a ‘dark and light’ concept (I’d need to better consider the concept of yin and yang to achieve appropriate playstyles to suit!). We have a blue mage deceiver and a red mage deceiver. Both are fun, both can handle SR75 (though Candescence is a little squishy). Neither of them are top tier amazing wtf builds, but they’re both really fun to play, especially as a duo. The look and feel of each build is on point! 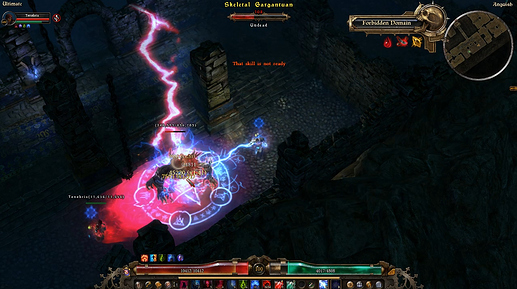 GD - Dark and Light 4.jpg1276×714 350 KB
Candescence: https://www.grimtools.com/calc/0V0mAPJZ
Lightning and Cold Damage with blue inquisitor seal, sigil of consumption and rune of hagarrad. Candescence has a wider spread of AOE damage due to devotion procs compared to Tenebris.

Tenebris: https://www.grimtools.com/calc/r2BryOk2
Chaos damage with red inquisitor seal, sigil of consumption and rune of kalastor. Tenebris has % damage absorption and slightly more HP, and is thus a little tankier than Candescence. 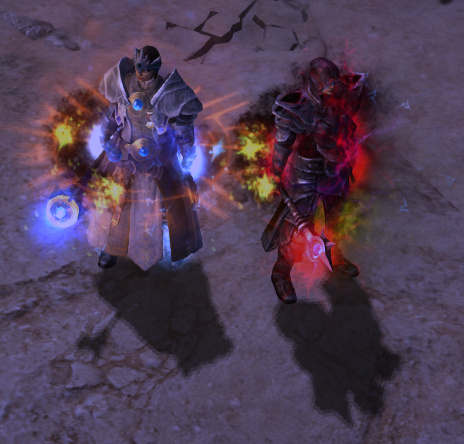 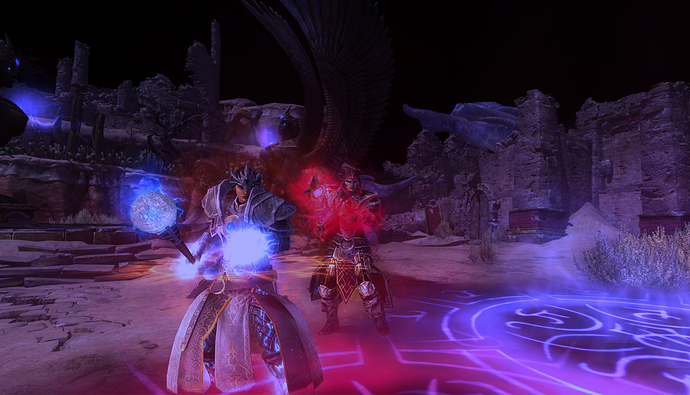 Really nice aesthetics but the title is kinda confusing, thought you made Chaos Cadence bulid with Tenebris Scythe

Haha! I see your point. Sorry about that

I was actually looking for synonyms for ‘dark’ and ‘light’. Tenebris and Candesce came up and I liked them. Was good to see where the devs got the Tenebris scythe name from too - Apparently it’s used to describe dark matter or ‘dark energy’.

Huh, like tqFan, I got confused by the title in the same manner XD That’s why I had to read through the post while thinking “dafuq?”, lol. I believe “lux” is a direct countepart to “tenebris”. We also have “erebus” for “darkness” from Greek (can’t remember how “light” would be though). Also “umbra”, but that’s more like “shadow” if I’m not mistaken. But those are just ideas for future names if you want to employ them of course XD

Matter of fact, I also have two “rival twins” (cause this theme doesn’t get old at all, yeah). Cenobia and Celosia, both are Oppressors: one tapped into necromantic powers for “MOAR POWER”, the other one uses them to eradicate the monstrosities (and sided with Kymon’s, of course!).

Having at least some kind of backstory for your chars is a good way to spice the process up a tiny bit, that’s for certain.

For sure! Ok ok, title updated for clarity. Thanks for the feedback.

Oh those words are cool! Thank you for sharing

Sure, but, those are regular ass builds with next to zero originality.

Nevertheless I’m pretty satisfied with their background setting that’s even somewhat reflected in constellations, like one uses Dryad and the other uses Ghoul, which are counterparts to each other as stated in their description; the one ia about judgement (Chariot and Scales) and “righteous destruction/rage” (Ulzuin), and the other is about claiming power (Dying God, Aeon and Korvaak).