I decided to retake an old one. Changed a lot of things so rewrite the thread aswell. Surprisingly, it became a better DW Lightning Melee than Crystallum Trickster so I decided to share with you. 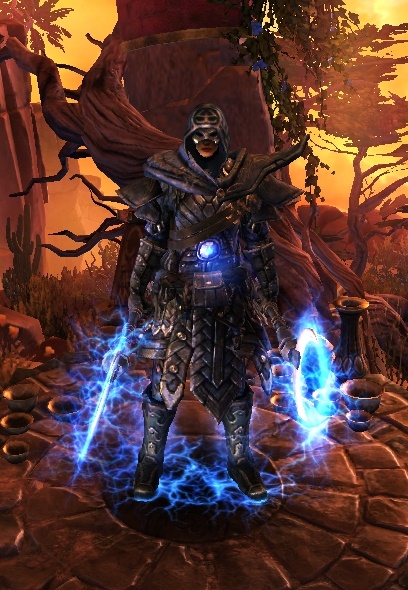 Image from the game with perma buffs, Iskandra proc

Details and Questions Worth Mentioning : 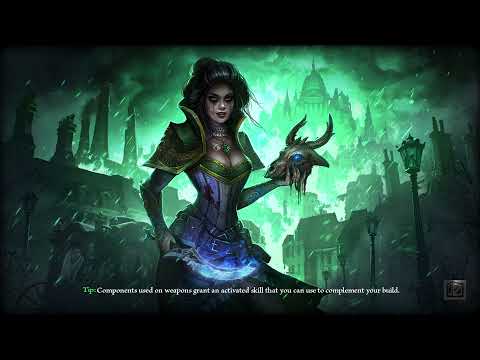 No death but mutators were kinda good and didn’t get IM in the boss room. Grava is rather easier since build have good racial but Iron Maiden is definitely PITA.

You made it! Congratulations on build

Have you considered using Reckless Power ? It’s some flat aether, you convert half of it via the belt, and more attack speed lets you consider other suffixes on the rings.

Have you considered using Reckless Power ? It’s some flat aether, you convert half of it via the belt, and more attack speed lets you consider other suffixes on the rings.

Yes I considered. To make a difference I should invest more points into Reckless power but 2 points in Star Pact is suffice. Build lacks points so I need to remove the points Flame Touched, Thermite Mine, IEE, FoR etc. They also provide damage so the cost will diminish it’s result effect certainly. I can’t remove Blast Shield or Sphere or any other skill provides defensive mechanisms.

Though I can remove those points from Static Strike. Which contributes the damage very highly but there is a contradiction about it, whether it’s bonus damage is added to the weapon damage or not. If not, it’s a non-lifestealable flat damage so I can remove them, if it’s then I’ll lost more damage. But for this way the sustain is more than enough. Problem is taking damage! Hard hitters hurt, and in 1v2+ situations build can’t endure 2-3 of them hitting at the same time when circuit breaker are on cooldown. So build mostly lacks Armor, Physical resistance; some more DA will be nice ofc but it has enough OA reduction. Also CDR is not that useless. %10 is better than %4. It reduces Blast Shield to 9.9 CD skill. Even 1 sec might change things.

I convert %65 or so Aether to lightning so if I can find some seriously good suffixes other than alacrity, I can give it a shot. RN build has %2 overcapped AS, my rings provides %16 AS. So I need atleast soft cap it which mean I need 7 more points from somewhere.

Edit: I checked and I have these that might be useful for me but these suffixes are more complex than main build uses so it will make the build more out of reach. With Consecrated-Thunder and Resistant-Destruction, I might delete 3 nodes from Aeon and get Obelisk’s Armor and DA so some point will be saved from Temper. Or two destruction will provide enough damage to compensate loss from Flame Touched and increases my health %10. 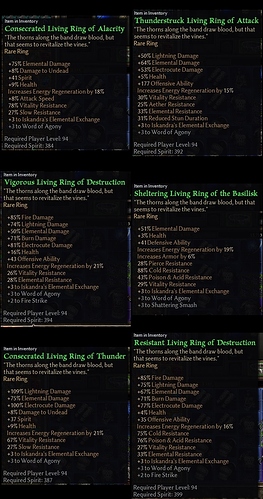 Here with 2 of the Destruction suffixed rings(Augmented); Iskandra and Insight proc up, damage difference not much because I had to spend too much points to cap AS with 14/12 Reckless power. But extra 1k health is looks good. 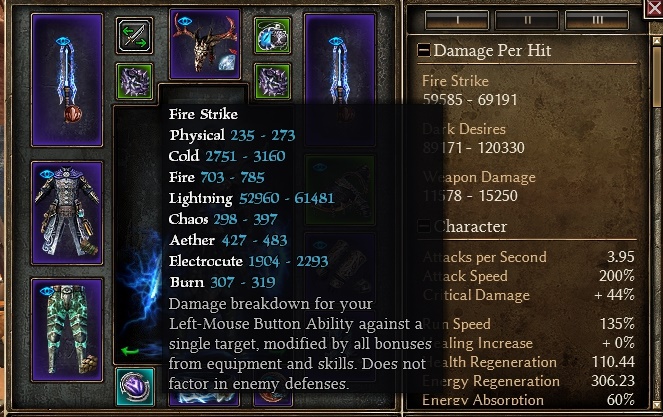 Very cool build. I would personally take 3 lower nodes from Obelist of Menhir instead Hourglass because the armor / DA boost are amazing. Slow res from other source, pants (Feralmane) / green affix dunno. Unless you absolutely don’t need it of course.

pants / green affix dunno. Unless you absolutely don’t need it of course.

Thanks. Pants provide phys resist plus acid and some DA, so I can’t compensate all with another MI, boots gives too much Stun Resist so I can’t compensate it either, for a such thin build CC resists are crucial. But with Destructive suffixed rings, I can change some augments to DA since they give the acid and elemental resists I need. And damage is much less than original version when I use 2 consecrated prefix on rings. I might farm a Solael-sect pants with consecrated prefix though, it gives freeze resist too but again %5 phys resist will be lost and armor increases 300 with Obelisk; DA will be 2950ish. 2k armor doesn’t compensate %16 phys resist.

I updated the build, changed a lot of things so removed the old link and details. Added SR 85 full run.