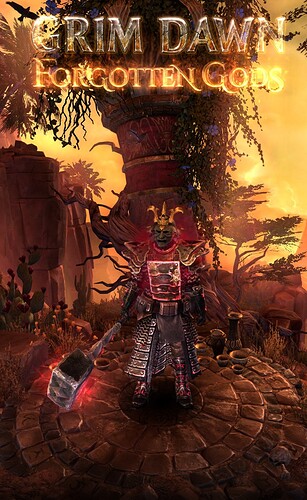 Named in honor of the Japanese Grim Dawn blog I found when looking at youtube analytics last night. My somewhat purposefully sloppy runs have been put on blast so I really tried on one of these!

Tested this in PT while taking a break from gunners, wondering how it would hold up to pyro/deceiver/warlock versions with the additional soldier flat support. Answer is absolutely well, and now my favorite version to play 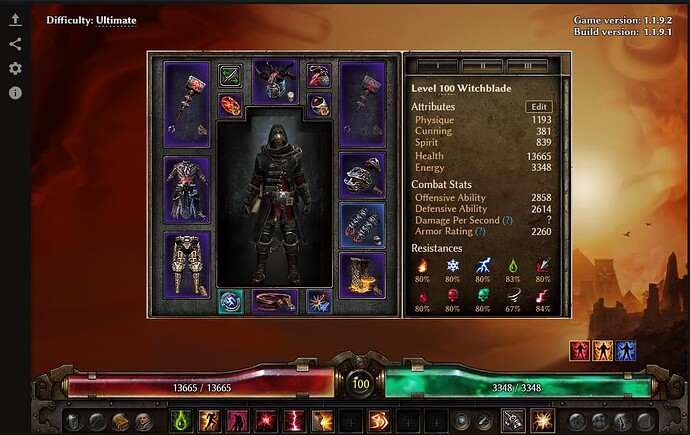 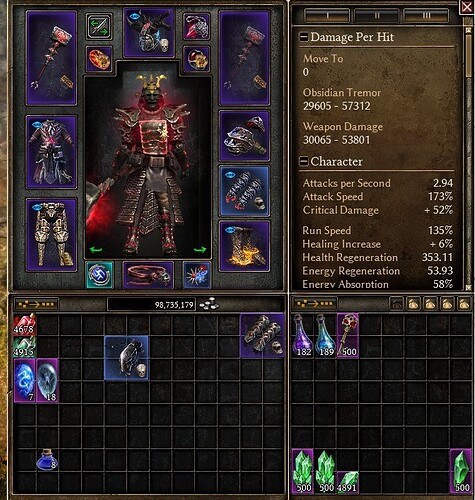 Gameplay similar to other OJ approaches. You want to point blank into your target as much as possible to maximize your shotgun potential. Thankfully we get blitz for DA strip and dash augment to do this (latter will get you closer to target). CoF and Solael for chaos RR, warcry for DR and to proc Abom Might while Doom Bolt brings an extra trash hammer and DG proc. Safer to dash to edge of a pack rather than balls deep, but you’ll see both in the videos for giggles. STAIRS CONTINUE TO BE THE ONE TRUE NEMESIS OF OBSIDIAN TREMOR. Don’t let the Z axis ruin your dps, fight in another spot. This also hampers high end crucible speed since everyone runs default map. Aim for max cast speed rolls, this struggles to cap it.

Helm: Covenant of the Three. Tried a few different options here. No flat but we get CDR, doom bolt flat cooldown, decent utility proc and +1 occultist. Initially tried Horns of Ekket’Zul for +1 all but current helm felt better all around.

Pants: Demonbone Legplates. Chaos pants are limited but these give what we are looking for anyway. MI pants don’t bring much although a well rolled solael-sect for more leech wouldn’t be awful.

Relic: Eldritch Pact. We fully convert the proc, stats are nice, and we actually need the elemental res for overcap. Solael would be a secondary but requires other gear changes, has no flat, and we don’t have a ton of crit damage to leverage the OA.

Belt: Sash of the Bloodlord. Took this over Rah’zin belt for good vit and almost full fire conversion, capping doombolt. Full Rah’zin does bring an extra 15% RR on CoF even if the other 4 piece bonuses do nothing for us, so either option has merit here. Didn’t test rah’zin

Medal: Black Star of Deceit. Leech and hard capping witchfire mainly, there are other chaos options here but you’d want to make up leech somewhere.

Components are pretty standard, although I go chains of oleron in chest for some more base OA and trap res. 0 trap res is generally annoying but can mean death here when we really want to be point blank for damage. Arcane spark is for energy demands, skill disruption res is wasted but alas.

Devotions: We want the big chaos 2, need revenant and Kraken, and fill out from there. OA is light surprisingly despite double OA class, so grabbed hawk and raven for green points. Fiend proc is nearly fully converted with belt choice. Viper is for OA and energy leech blue/red points. This is an energy needy class, you’ll occasionally need to drink a potion on some solo nemesis fights but should never run dry.

Performance:
SR75-76 runs. You can play pretty aggressive and pull off great times on this. Also I’m an idiot and forgot that counter strike has to be turned on so it’s not on in this run. Don’t expect it to make much difference.

Slower but attempting to play better! ~7:36 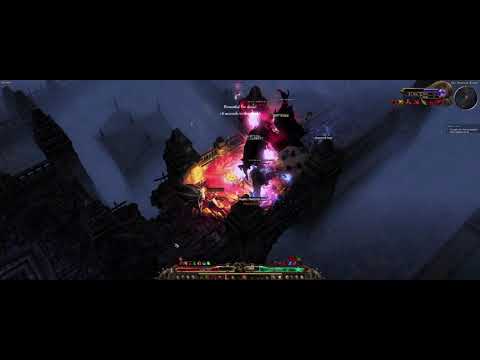 Faster but shows off my typical drunk tourist gameplay. ~6:48 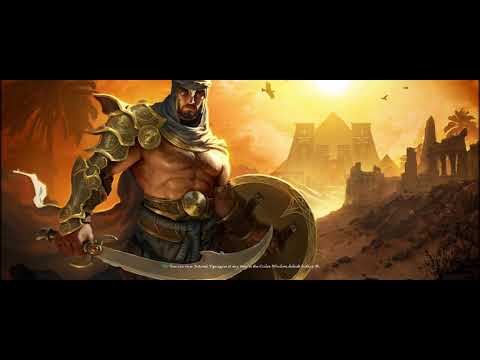 Crucible by @romanN1 . Obsidian Juggernaut is not popular for crucible, positioning is super important and the default map center platform can eat your projectiles. That said roman pulled sub 5. If Z axis was ever fixed this would cook 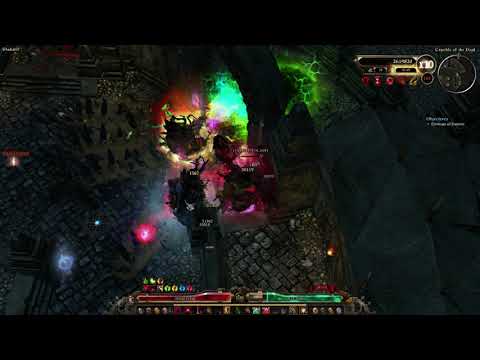 I tried Ravager quick and died around 50% hp. Maybe with kiting or lucky rotations but generally struggles to leech back fast enough, not going to be a great supers vehicle as currently built.

There’s Warlord in the title

You can also add some tags.

NOTHING TO SEE HERE. But this seems apropros to your title concern

First of all, it is Mr. eardianm’s 2H Chaos Witchblade who feels a sense of familiarity with how to make and play the build. Then, suddenly I was surprised to see SR75-76 in 6 minutes and 48 seconds! !! Usually, with SR75 alone, that much time is a time that I can not think of as an ordinary eardianm, and it seems that I will shout “This is not Mr. eardianm I know!” , But if you look closely at the video Suddenly I failed to open the treasure box from the beginning, lost my way, or died in a place where nothing , happened “After all, it was Mr. eardianm I know.” (・ _ ・

Looks very naise. I’ve been wanting to play a chaos build (since that is a damage type I haven’t used yet), and especially another 2H build after my Gutsmasher adventures. Have had a bunch of Obsidian Juggernauts sitting in stash for that purpose.

Also I dig the samurai-esque fashion, I assume that’s the look you were going for.

Hello Eard !
I just have a quick question about vit conversion. Is there any other source than belt ?
In relic section you said that proc is fully converted and I don’t know if I’m missing something.

Thanks for great build!

Nope, wrote it backwards, will edit. Should be basically full fire and decent vit conversion

Thanks ! Didn’t want to sound rude or nitpicking just was loosing my sanity trying to find missing conversion

Interesting. I earlier theorycrafted warlock based on the very similar idea and gear:

I made a build similar to this. Instead of using Doom bolt, I use forcewave. Its still a chaos build but forcewave for me heals better and has more damage output when using obsidian tremor almost like you would doom bolt. I still am using those gloves so I still get a doom bolt, which also procs more because of more attacks per second.

are you using both Obsidian Tremor the skill, and Forcewave? because that would be a waste
Obsidian tremor has low dmg per use since it’s intended for spam, just like Forcewave is when you have Tremor on (lowers the dmg of Forcewave)
the idea on regular Obsidian Tremor is to capitalize on the native chaos +shotgun nature of the skill on spam attack, and use Doom Bolt as a hard hitting filler inbetween

a doom bolt, which also procs more because of more attacks per second.

Yeah, I don’t think it’s worth to invest in Forcewave when you have Obsidian Tremor available unless you really feel like it or perhaps don’t like the mechanics of the skill.

I think that is what it is. It just works better for me.

I can understand that. I am still learning since starting Grim Dawn after playing thousands of hours in D3 and more in D2. Using Obsidian Tremor felt slow and clunky. But using Forcewave and Obsidian Tremor as filler instead of doom bolt, for me, has more survivability and is less demanding on energy.

ye trust must, Obsidian tremor does nothing as 1x use filler, it has “0” dmg potential for that, it’s just another regular swing, basically sacrificing a forcewave swing for, meanwhile doom bolt is an actual nuke; high dmg high cooldown - hence it makes sense to use as filler on the Obsidian build
if Obsidian “feels” that good as 1x filler once in a while, there is also no way it shouldn’t have higher dmg potential than your forcewave, since it would be doing that “filler” dmg 24/7 instead - which kinda also makes sense the way Obsidian shotguns things up close

but, in the end, what matters is this

I think that is what it is. It just works better for me.

you can have the mos awesome skill/optimized build, and it doesn’t matter if it feels less enjoyable to play than something else