Stats shown above are with player/pet passives and Blood of Dreeg active.

Stats shown above are with player/pet passives, Blood of Dreeg, Giant’s Blood and Tree of Life active.

Stats shown above are with player/pet passives, Shepherd’s Crook, Frenzied Devotion and Blood of Dreeg active.

The above also works as an affix-less setup. Just try to prioritise getting +% pet damage/OA on each item. Other stats like pet resistances or DA are welcome if they come along.

In both versions, craft your medal for more Slow or Stun resistance.

An idea I’ve wanted to experiment with for months now is making a full summoner-mage. That is to say, a summoner that largely ignores their pet’s defense in favour of building pet offense with the cruise purpose of sacrificing them like a bomb and recalling them repeatedly - something I would love to see explored more in depth in other ARPGs even with a full class built around the idea of not just sacrificing summons offensively but for defensive or utility purposes as well, or scaling some of the effects based on the number of active summons requiring the player to balance how often they summon versus how often they sacrifice, but I digress.

In Grim Dawn, we have 2 skills to accommodate this - the Hellhound and the Blight Fiend. I chose the Hellhound as it’s less DoT, all direct damage and more under our control.

My aim with the character was to see just how far the damage on it’s Blazing Death skill could be pushed compared to standard caster nukes like Doom Bolt or Grenado as examples. While some other pets are used alongside it, there aren’t many and they have relatively average investment in favour of piling as much damage onto the Hound as possible, so keeping this in mind, one may want to compare the presented character with standard casters instead of dedicated pet builds as it is a different beast despite appearance.

Thus, it should come as no surprise that I chose Bysmiel’s Domination for example as it provides all of these in addition to the potent player Physical resistance as we will be taking aggro often and pet Total Speed as a bonus. However, I want to make remarks on this decision as well.

Expert pet players will notice that I have not included +% Pet Total/Attack Speed in my priority list above - a highly valued stat for increasing total pet DPS, or additional pets which would also benefit from all of the flat Fire damage we are packing, and I agree with it’s importance generally. If someone were to try to push the total pet DPS on the character, swapping Primal Instinct in, shifting skill points around for Manipulation in Occultist and running Eldritch Mirror components as examples would unquestionably be the way to go, but we’re here for big booms for scientific curiosity. Speed doesn’t help us too much in that regard, though the Bysmiel relic proc does at least bring it up to average/ok values whenever it’s active.

Summon Hellhound (Elemental Storm): Our main source of single target and AoE damage from the on-death explosion. It also provides a massive buff to Fire damage and +% Fire damage in Hellfire.
Summon Familiar (Eldritch Fire): Mainly taken for the pet Elemental and +% Elemental damage buff on Storm Spirit but also provides a nice amount of filler damage itself.
Blood of Dreeg: Acid/Physical resistance, health regen and an on-demand heal. All around useful.
Curse of Frailty (Shepherd’s Crook): Lowers our enemies resistance to Fire damage.
Summon Briarthorn: Mainly taken for the +% pet damage and Physical/Bleeding resistance on Emboldening Presence, though it does provide some nice filler damage itself.
Wind Devil: Lowers our enemies resistance to Fire damage.
Pet Attack: Useful for directing our Hellhound to key targets or into the middle of crowds. Also can help with directing our Wind Devils as well.

Bonds of Bysmiel: Provides some more health for our Briarthorn/Familiar and Defensive Ability for us through our gloves modifier.
Primal Bond (Tree of Life): Large amount of pet +% crit damage and +% all damage. The player % damage absorption is also helpful for surviving.
Mogdrogen’s Pact (Giant’s Blood): Large amount of pet Physical damage that converts to Fire and a myriad of nice stat bonuses.
Burning Weapons: More pet Fire and +% Fire damage.
Fiendmaster: Pet +% damage and Chaos damage on the chest itself that converts to additional Fire. Resistances are a nice bonus for our Briarthorn/Familiar.

So just how much Fire damage and additional multipliers do we push onto the Hound’s explosion? This is where I’ll catalogue all of it for anyone curious what the spreadsheet-esque numbers look like:

As much in Cunning/Spirit to equip our weapon and off-hand. Rest in Physique for as much health/health regen/DA as possible.

If you’re a new player that has stumbled upon this character and guide, do NOT try to copy it. I heavily recommend against it as it’s reliant on some of the equipment it uses at end game and doesn’t match a full pets playstyle 1-to-1.

If you want a pets character that’s easy to start out and follow, try following Maya’s guide to pets here: https://www.reddit.com/user/MayaGD/comments/qel59g/mini_carnival_pet_guide_reddit_edition/.

As soon as you load into a session set the Hellhound’s stance to Aggressive to extend it’s leash range further out. Keep up Blood of Dreeg for the buff and time it’s heal when needed.

Apply Curse of Frailty to enemies, cast Wind Devil into crowds and lead your Hound into enemies with Pet Attack and detonate. Ideally, aim detonations at Elemental Storms with nearby Wind Devils. Eldritch Fire should spread passively pretty nicely from the Familiar in the background.

If required, you can stutter step or kite without significant damage loss and rely on your passive regen, Tree of Life/Giant’s Blood and Blood of Dreeg to survive.

Most of the time you won’t need to resummon the Briarthorn/Familiar (except for concentrated ground AoE like SR floor traps or significant Boss AoE) but keep an eye on health for both, they provide strong offensive and defensive bonuses you want to upkeep.

P.S. If it hasn’t been done for a previous season already, can I humbly suggest something custom-made for Fire Hellhounds for the next league @Serious_Stan, even if I don’t plan on participating 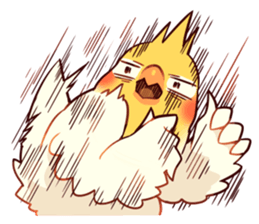 Nice build!
I wonder if Pyromancer would work with similar setup.
You’d lose some %damage from Shaman, but gain some flat fire/burn damage from Flame Touched, modified by Chosen Visage, and Korvaak’s Burning-Blade.
RR on Thermite Mine is the same as on Wind Devil.