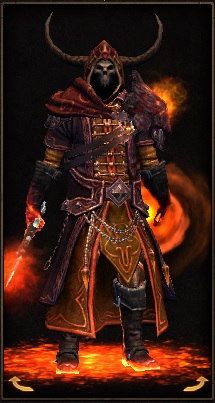 It all started with me trying to make a theme based (tons of meteors) sorcerer build around the pyran set, blazeseer set & the mythical herald of the apocalypse amulet.
Sadly it became clear very quickly that the usual devo approach (magi, torch) was not so great… The build lacked proper hp recovery, a decend hp pool (was barely able to get over 10k) and proper damage reduction. I could’ve taken BWC but that resulted in the build starving for skillpoints.
So back to the drawing board it was for a few days & after some more testings I decided to ditch the idea of going for tons of meteors. (even tho I wasn’t very pleased with that thought at first)
Since all attempts at trying to make this toon sustain with things like bat, wendigo, scales and the likes failed, I went with regen instead and the change was worth it!

A build that I thought was doomed to fail (was very close to droping the idea of using pyran + blazeseer together, but where would be the fun in that?!) thankfully turned out to finally be sturdy while still providing respectable damage.

Here are the results of a long struggle that paid off: 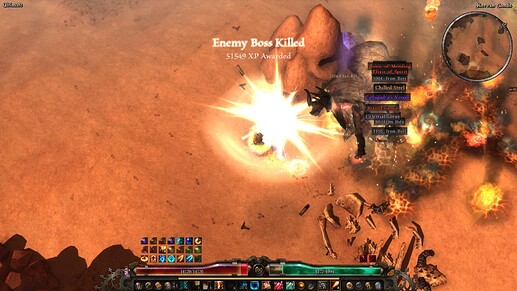 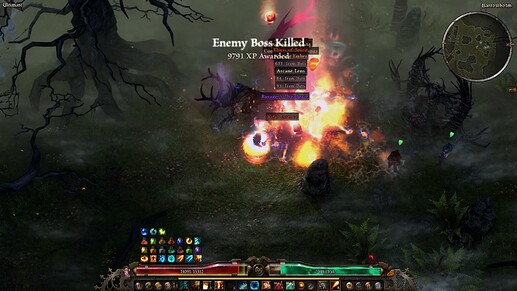 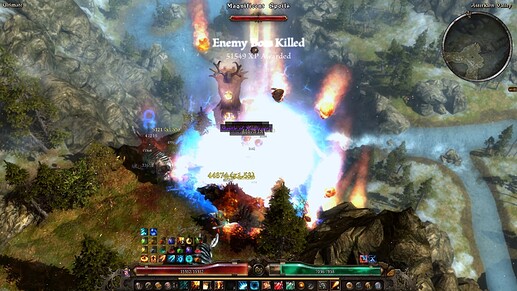 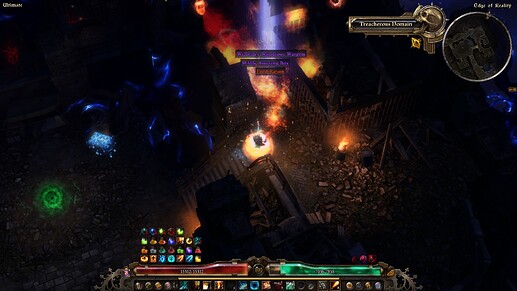 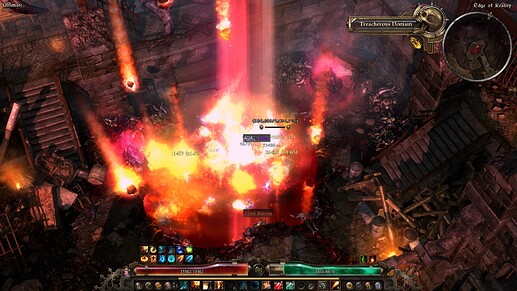 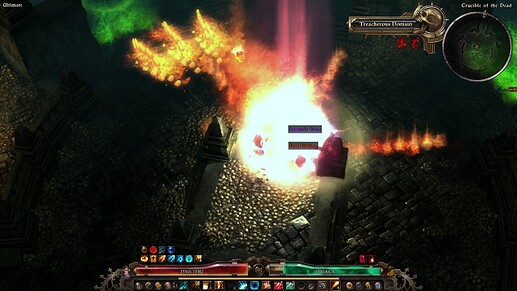 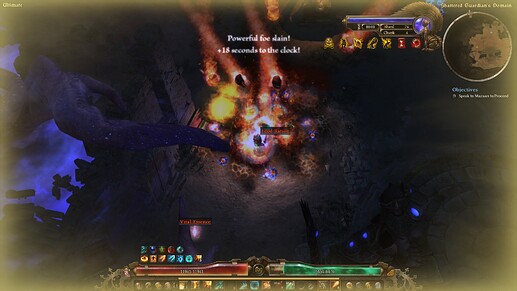 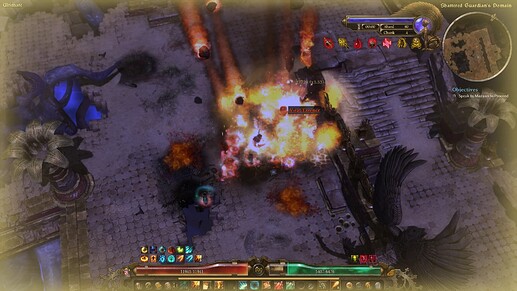 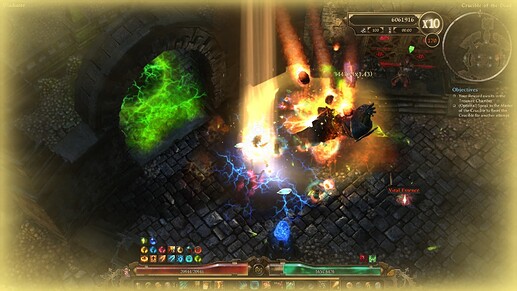 What you CAN expect from this build:

What you CAN NOT expect from this build:

I think that’s it, hope I didn’t forget anything.

As is tradition, if you have any feedback, questions, suggestions or constructive criticism ur welcome to post it bellow! 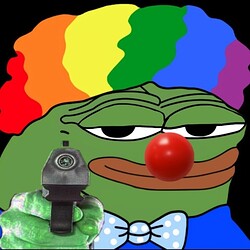 Interesting build, I’ll give it a try. I just finished up this build by Rekt, it seems very strong, I haven’t tried any of the super bosses yet. Elementalist

Interesting build, I’ll give it a try

thank you very much!

How can we get those Devotions that require green? Can you put a guide for getting those devotions filled out. No clue how you got there but interested in trying build.

Nice to see a mortar build again. Every now and then I kick the tires on my old mortar toon but I never get around to properly finishing it.

Also any recommendation for which spells to take in what order for leveling? Might help smooth things out or maybe help with people that don’t know well enough how all the skills work

How can we get those Devotions that require green

By picking up another green devo like spider for example, that gives alot greens, and removing it later when it’s not needed anymore.

Also any recommendation for which spells to take in what order for leveling?

Demolitionist is fairly easy to level with.
Here Blackwater Cocktail, Canister Bomb & Thermite Mines are you best friends for a fair amount of time.
Here’s a leveling example with some green items and early devos that greatly help along the way.

I can also highly recommend checking out @RektbyProtoss youtube channel.
He has highly informative videos on how to level up any mastery from scratch.

Nice to see a mortar build again. Every now and then I kick the tires on my old mortar toon but I never get around to properly finishing it.

Mortars do indeed take some time to get going. (see MI offhand for them being in AoM as example)
Worth the effort tho!

This build is fantastic dude. I been messing around with a mortar build for a while but this one works way better than mine.

Hey there!
Glad ur enjoying the build!