Radaggan set h as always been a very interesting set for me. Sigil of consumption is one of my favorite skill in the game and I am planning on having at least 1 build of each damage type. This acid version is really good because it allows you to stack 11 sigils on top of each other which is insane.

Pros :
not a piano build.
Extremely tanky with sigils and inquisitor seal.
Decent damage 300k highest damage.
able to do SR 76 comfortably.
ravager killer
Good OA and DA.
Decent rr 97%
Great Phys resistance 47%
Cons :
requires a lot of expensive gear to function properly such as shuroth rings.
more than 1 green MI is needed to enable this build.
no exclusive skill that gives acid % damage since we are taking aura of censure for 25% acid rr and damage reduction. 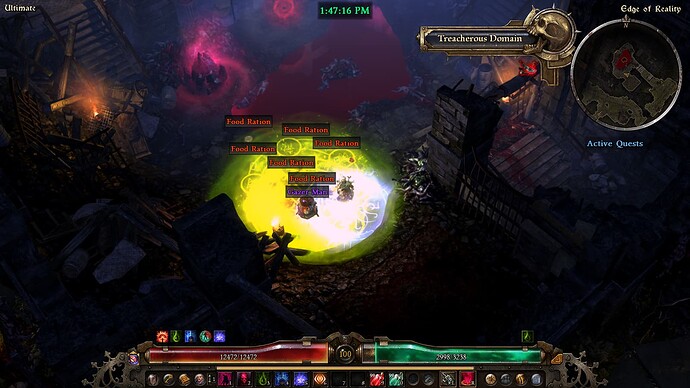 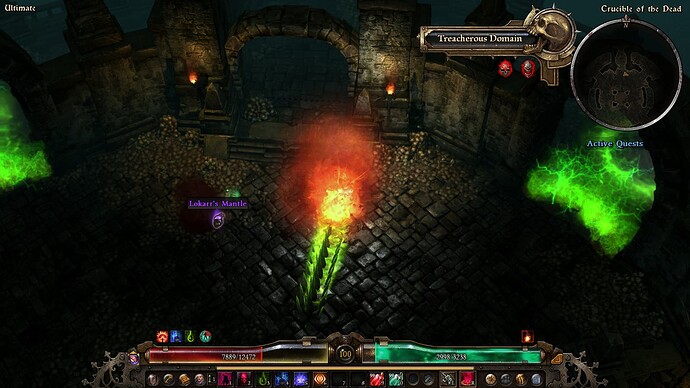 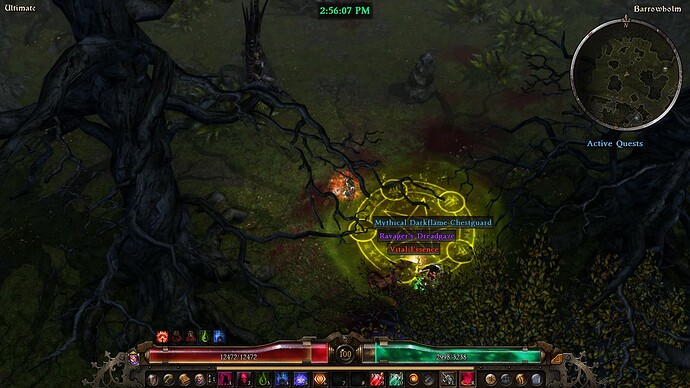 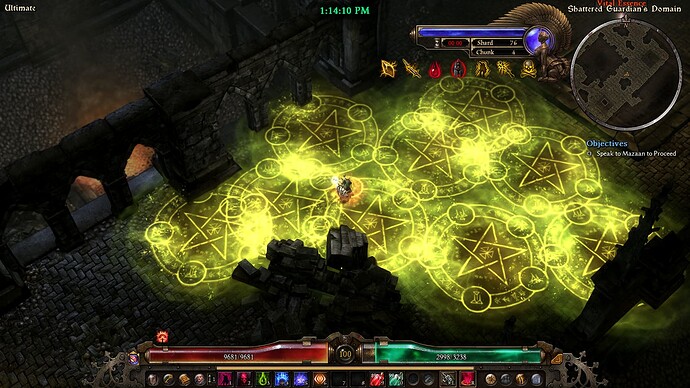 tips : craft weapon for % armor at angrim. For some reason pierce resistance shows 63% in the grimtools but it is 74% in game. double shuroth rings would be best as it will convert 100% of vitality damage to acid but since i don’t have 2 shuroth rings i opted to use creeping ring.

Conclusion
Build is really solid and fun to play. It has a very lazy playstyle as you throw inquisitor seal then stack sigils on enemies and watch them melt. I hope that you will enjoy it

Mythical Pack of Deadly means converts 50% vitality to acid, obviously it’s more realistic to get this belt instead of Shuroth rings.

Yes but sigils and destruction will be left with 21/22 and not maxed.

Yes but sigils and destruction will be left with 21/22 and not maxed.

You could get a ring with those skills instead though.
Or that would free up your weapon slot for plagueblood carver (+1 Occultist, better cooldown and more acid damage at the cost of a bit of RR)

Another option would be to use rings with “Occultist’s” prefix that boost either skill, and make the suffix rare

Also, you could probably remove 3 points from Aura of censure, you would only lose 2% DR and a bit of damage (which is not very significant anyway)

1 point from Vigor and steel resolve too, as the overcap bonus isn’t that great. Maybe use those skill points to spec into SBoE for a very reliable devotion proc.

The rest could be placed in CoF to extend the range and duration, or in any node in Bloody pox.

Vitriolic gallstone instead of Seal of shadow.

Since you’re converting all vitality to acid, vou could also get Wendigo or Bat for more sustain.