Hey there! This is my latest build that i just finished. It is a Chaos damage Sentinel with Voidsoul Set, who utilizies Hourglass devotion to practically have permanent Abominable Might devotion proc uptime which greatly (about 25%) increases build’s damage.

It is a very fun and decently tanky build but it appeared that it requires a bit more skill and attention to fully utilize both Hourglass cooldown reduction and Aegis resets. Voidsoul set literally doubles the damage of Aegis (at the cost of +1 sec CD) so any baseline (20%) reset + Hourglass resets on the skill are twice better.

Build doesn’t have great HP, but have massive Lifesteal (in my case, 27% but high rolls) and on average, 37% phys res (41% in my case with high rolls). It doesn’t have a source to reduce monster damage but has 18% Damage absorbtion from Possession.

Getting the Dying God devotion while keeping Abomination and Hourglass is unfortunately impossible, altough Abomination is drastically better then Dying God in this build due to flat Chaos damage bonus. You can, like in most builds, try different setups like ignoring Abomination path to get Dying God (which is basically free on Hourglass path) and you can get rid of all those green points for something else. I suspect you can’t reach this damage that way, but can be tankier.

Pestilence of Dreeg amulet looks like a no-brainer in this build however, i needed the Chaos and CC res from the Kaisan amulet personally, that’s also why i included Earthshatter boots. It was hard for me to get proper resists in this build so feel free to find your own path. Other gear is for the most part, mandatory in my opinion. Medal will get +120 Sec duration next patch instead of +30 so enjoy your 2.5 minute lasting Blood of Dreeg.

Sentinel class doesn’t have Chaos Resistance reduction by default, however, the build can still reach up to -107% RR.

Enjoy the massive Aegis one shotting most basic monsters in the game. I personally saw up to 800k+ Crit on Dummy (Remember that this number is mostly unrealistic in actual fights, but you can get close). Doom Bolt is ironically your AoE attack here with it’s 5 meter range, thanks to the Voidsoul set. It’s still good against single target cause it then deals damage twice by default.

EDIT : Got single point Ascension on build. No reason to not have 6% OA about more than half the time since Aegis and Doom Bolt Crits bonuses are too high. 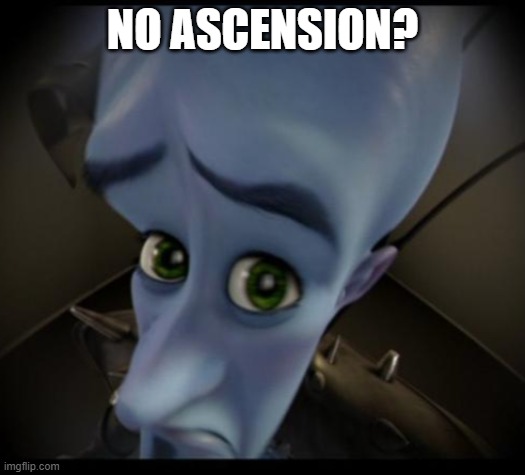 My brain can’t handle another CD skill that i have to utilize with Hourglass. I can only spare 1 point on it which i don’t want to. But it is surely a good option.

No points in Ascension?
Not a single point in Guardians of Empyrion for devotion proccing like Eldritch fire?
Would not Basilisk Fang or Lagoth’Ak’s Voidbinding be better for damage on Aegis of Menhir?

I dont want to use a 1 point Ascension though it is a good idea to have.
Guardians are unnecessary and just visual clutter in this build.
Those medals, especially Fang is surely good here but i don’t have one with Stun res which i really need or Chaos damage. My medal mostly there to fix my OA / DA
EDIT : Thanks for reminding me the existence of Lagothwhatever Medal btw. I only had 1 i saved cause i almost never done that crappy dungeon of doors but realized they already removed the doors this patch. Currently farming it but i think i need “Aggressive - of Cabal” to fix my OA / Stun. That medal also gives me 3 free skill points but i think it would be just a minor upgrade. I somewhat suspect 2-3% more Basic Attack, 6%ish Aegis damage at the cost of 40 OA/DA

Did you manage to take down Crate/Callagadra/Ravager with this build?

Your build is very nice and tanky.

If you didn’t have a nice Kaisan ammy and oa/da medal - I think with a more mobile approach (less tankiness), this dev path might also be fitting and the conduit (blank suffix here) can roll some useful resist suffixes: Grimtools:variation of this build

It provides another 15% area and 25% single target chaos RR. But much less armor.

Ymmv, as I personally enjoy pox as easy rr and eye of korvak shotguns. Ascension is more for a little extra CC (freeze, entrapment) where needed.

This is actually a very good alternative. A bit more damage with all buffs, much more weapon damage (30% actually) when the buffs are down (just in case, although Abomination is near permanent). This is entirely sheet damage based numbers, not including the extra RR with conduit so this version should deal noticeble more damage.

Conduit also converts more Vit to Chaos, on top you maxed out Witchfire / Second rite, and the pants give a crap ton of health. I really like this. Only things i don’t like is low DA and somewhat low OA considering there is great Crit damage on both the build and Doom bolt/Aegis.

is blazing charge necessary for the build? I’m only asking due to the skills listed w it being this blood of Dreg DB, Possession, Solael’s WF, AoM, PoV, RF, lastly VM.

Blazing Charge is just the augmented mobility skill here, it is not necessary at all. However it deals Flat chaos damage and all fire damage is converted to chaos in this build too, so it’s i would say, the perfect mobility skill for this build.