Hello, Ever since Crate introduced the new conduit that converts AAR to pierce, I always wanted to make that build because it sounds interesting. At first I thought it was suppose to be an average memey build but the result shocked me. 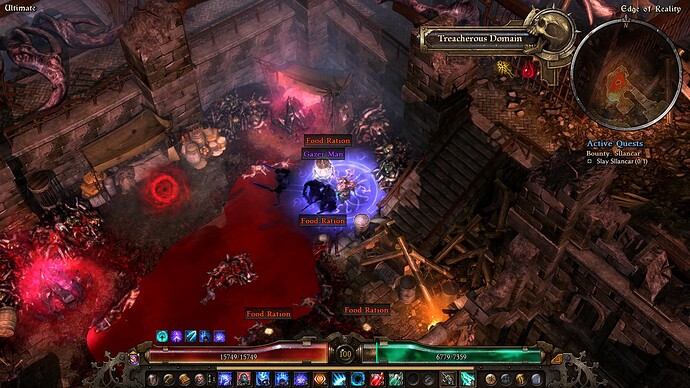 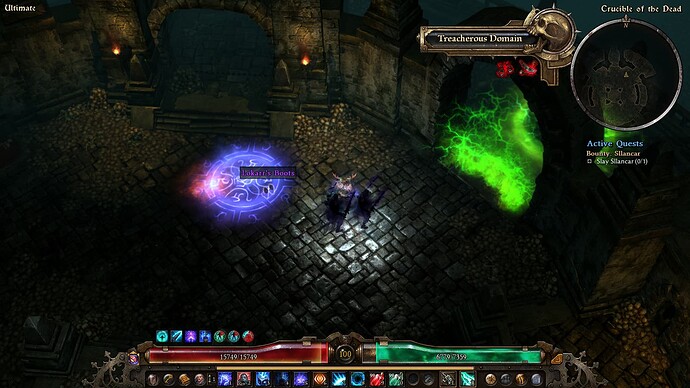 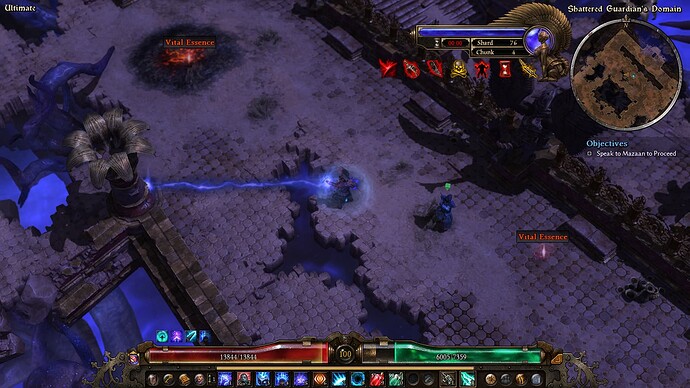 Build is really strong and I think it can do SR 80-81. I will update the build once I try to go higher than SR 76 and I hope that you will enjoy this build peace

small observation
cast speed is low, way too low
can get more if you use diff/better gloves and weapon; weapon makes no sense there at all, it gives you nothing, specially when AAR scales on Cast speed
aethereach works because cast speed and modifiers to aar, otherwise you have quickdraw gloves with high cast speed and pierce dmg
slow res is also low
for my own taste it “triggers” me/ruffles my feathers you took 1pt owl for cunning and spirit insted of Blades of Wrath

The reason why i chose this weapon because there is nothing better for this build. When it comes to gloves i did not go for aethereach because i needed that % pierce damage since overall % pierce damage is kinda low.

i can come up with several tho

since it’s a mage hunter you could use a pierce dmg pistol; which would enable you to use inquisitors Ranged Expertise for more %pierce dmg boost on top
but, since the build (currently) struggles for cast speed my choice would probably be a green with with cast speed affix, like pierce dmg prefix dermapteran slicer “of Celerity”/fury, (will be biased towards attack speed but Celerity derma slicers still drop ok “frequent” enough)
or one of the MI pistols with a cast speed suffix and pierce/all dmg prefix, - this way you get pierce dmg and needed cast speed and also get ranged expertise passive boost on top
^“unlikely” affix due to vitality dmg bias, but Ugdenbog Howler has native cast speed, so a “Heart piercing Howler of Celerity/Fury” would be fantastic
Viper Haemorrhage you can shop in ToH, getting a pierce prefix and cast speed on it isn’t super hard if possibly tedious
madlee used a Heartpiercing of Celerity Ugdenbog repeater for his pierce casting aegis build (pistol gave native bonuses to shield that was used too, but essentially same +dmg and cast speed desire concept as here)

Officer, Tyrant, Heart Piercing and Sinister would be 4 useful/desired prefixes with %all dmg or pierce dmg, then you have “of Celerity” as magick suffix, or “of Fury” as rare suffix with cast speed - any combination of the those 6 affixes would massively outclass the current axe despite losing +3 AoC
i’d even venture a generic pierce pistol with +1 inquis would be better just from gaining ranged expertise %pierce dmg on top too aside form the geneal wide skill boost (death sentence etc)

*edit, there even is a blue pierce dmg pistol with cast speed it seems

There’s really no reason to skip Aetherreach on any AAR build. That weapon makes no sense. Cast speed uncapped is close to heresy. And why are you not using Fateweavers chest, the default choice for weird damage type casters? This build has issues.

More useful than what you are using. Plus allows for more % pierce damage from ranged expertise.

And here I thought this kind of toxic feedback had moved on from the forums!

didnt catch the toxicity tbh, much the opposite, alot of good advice and pointers to improve the build.

Changed weapon to oathbearer which resulted in more damage and OA. changed certain skills and added ranged expertise. You can use apothecary injector’s for more defensive approach but tbh you are already tanky you don’t need it. 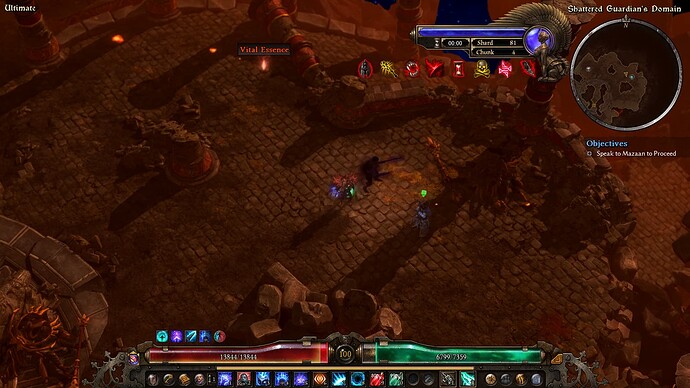 I just gave my suggestion in order for the OP to be aware that something else out there is more useful than what they were using. So yeah, i fail to see what was so toxic about my suggestion (if eardianm was lumping my suggestion with everyone’s above).

Obviously it’s up to the OP to use it if they feel like it. I’m not gonna be upset if they don’t because they can do whatever they want.

You can use apothecary injector’s for more defensive approach but tbh you are already tanky you don’t need it.

It’s more for the % casting speed than tankyness really.

pretty sure eard was doing a funny/“inside joke”;
about how other times when people posted builds and people started to give advice, and totally pick their builds apart, or with “no you should use X and only X because is bezt”
-and here we all are, “telling the poor OP” what items they should use in their build, when they just wanted to share their creation with us

,
what toxic elitist forum builders we have become

pretty sure eard was doing a funny/“inside joke”;
about how other times when people posted builds and people started to give advice, and totally pick their builds apart, or with “no you should use X and only X because is bezt”
-and here we all are, “telling the poor OP” what items they should use in their build, when they just wanted to share their creation with us

,
what toxic elitist forum builders we have become

what’s the XBX/PS5 controller setup, since it only shows hotkey/PC and not quick slot setup for XBX/PS5 setup for the build and all too.