This is melee dual wield saboteur using one of the new-ish conduits to convert elemental and chaos damage on fire strike to acid. 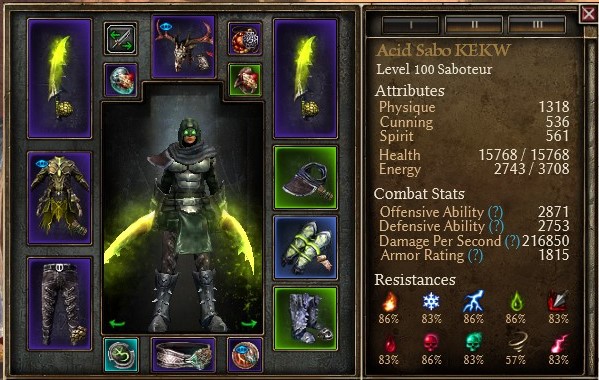 With all permanent buffs, lethal assault and abominable might

Final thoughts
Although it has decent stats on paper, this build has critical flaws compared to equivalent Dervish / Witch Hunter, namely:

Despite these flaws, being a Saboteur wielding Mad Queen’s Claws is top meme material and that’s why I rate this build 10/10.

Thanks for reading, all feedback and suggestions are welcome

Acid Saboteur , my first character when I started playing this game. ( rn I had 3k+ hours)
still remembered getting oneshot a lot