It’s been a long while since I touched any kind of Pyro build (after making a spam DB one). Tho in the latest PT Harbinger’s set got some important buffs, allowing to make a build that can be considered the overall best Pyromancer, at least for now.
This is also the second build I killed the most Celestials with, after Spellscourge. 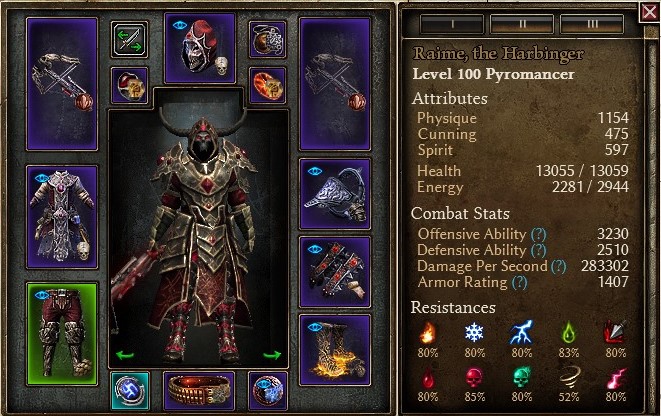 Feel free to download the build, play it and write your impressions and feedback.

Just have one question… Is that DPS from screenshot with crucible buffs? Or in normal mode?
Either way looks gorgeous

dps shown is with BoD, DG and Abom active