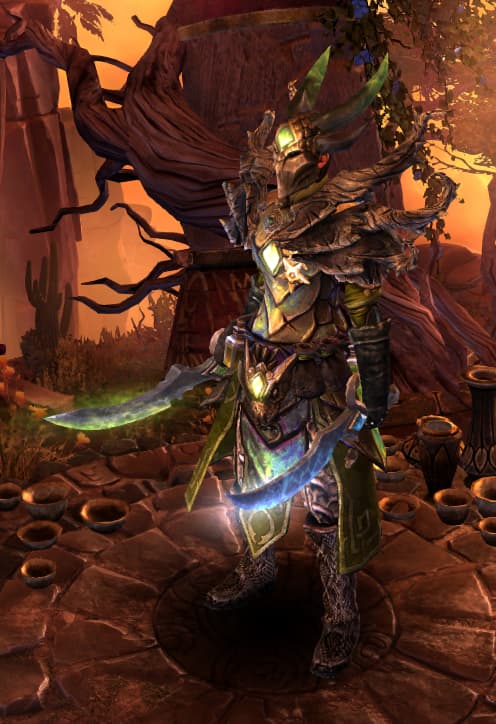 So this character can crit for up to 2.6 million damage, it seems.

This is a Dunefiend set Shadow Strike-focused build. It’s the highest “single hit” damage I’ve been able to achieve on a character so far.

I put Eye of Korvaak on it so I can see more obviously for when it crits, and for the nice thematics of an ‘assassin’ styled build (critical hits on it’s deadliest strike now also petrifies nearby enemies and lowers their fighting ability. Muahaha!) 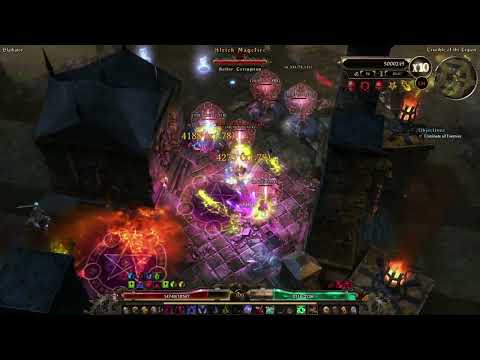 Skip to 4:25 to see how quickly Valdaran goes down…

It is very squishy, and it is not really great for every day play (I believe it’s squishiness would make it hard to finish SR 75, for example).

But damn if it isn’t nice seeing these numbers pop out from time to time : 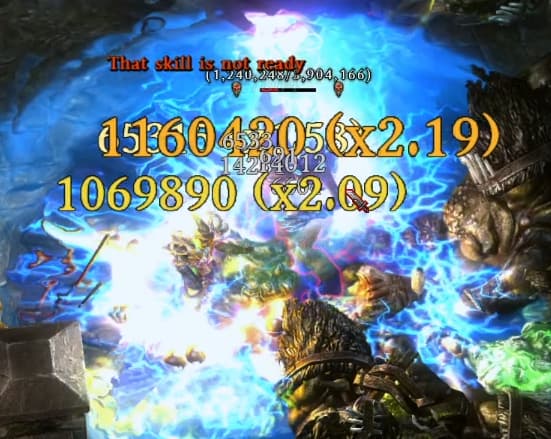 Here’s a crit for a bit over 2.1million damage, about ~1.1m damage per weapon (1,160,420 and 1,069,890). Both of these damage figures come from the Shadow Strike attack. In the good fortune that Shadow Strike’s cooldown resets, this build can pack in some SERIOUS damage in a very short window! 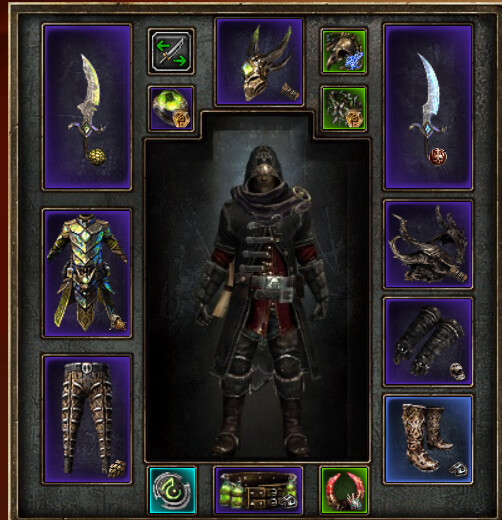 The build also has decent DOT damage, getting as high as 650k on Valdaran which is a bit nuts. (this would have been just after a Shadow Strike crit).

Dunefiend adds additional weapon damage to Shadow Strike, and most importantly, gives it a x2.25 base damage multiplier. With these two in mind, I wanted to create a build that had quite good weapon damage (~37k), quite good OA (~3,400). The build’s crit damage is only at 28% (with an additional +41% on Shadow Strike), and the weapon attack damage is not yet ‘min-maxed’ fully. So there is potential for more damage with a more finely tuned version of this build.

But, it’s good enough for me, so here you go! Have an assassin build with massive spike damage.

Do you know if there is an up to date Shadow Strike build, balanced for endgame?