I was revisiting an older concept, and wanted to rebuild a Chronomancer. I’d been looking into builds that might be successful Kiters, so I tried this one out. It’s not bad

The primary goal was to deliver stacking speed debuffs to enemies, then balance out the build with damage and survivability. 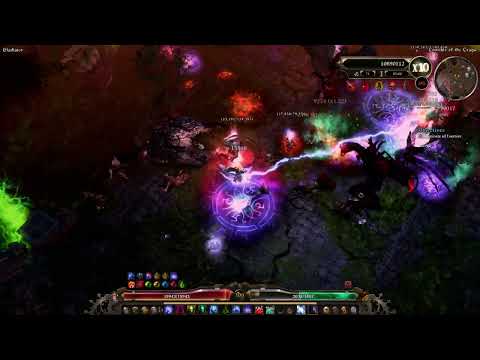 I’m not actually sure if I’ve fully understood how these debuffs stack, but I’m using the same logic as to how resistance reduction stacks to calculate it. 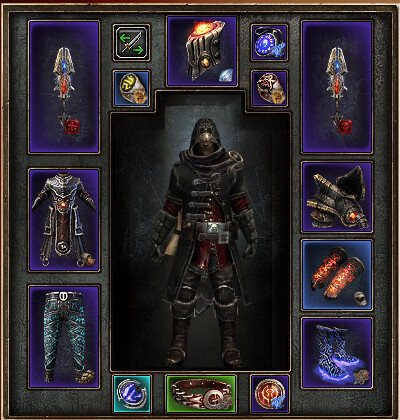 Note: It is possible to get an additional -10% total speed to Word of Pain using a different medal, but I needed something to allow dual-wielding melee, and wanted to save my relic and belt slots for other things.

Tbh, the damage was much better than I expected, because of great damage conversions, and a lot of persistent forms of damage that continue even while kiting.

Here’s a summary of the build:

it’s not additive, % is actual % so it does a reduction based off targets current speed (like viper RR works)
any -x% would be type A and come first, you don’t get total speed, %reduct, and additional -x% afterwards, regular debuff order as usual A: -x%, B: %reduced, C: n’th reduced

might also be worth to note slow res works as a direct % reduct on slow debuff effects, so -200% slow debuff gets reduced to -20% effect by bosses with 90% slow res

cool concept tho, i’m sure it would make Crates little boxes come to a crawl since they have 0 slow res

And yes, I was aware that nemesis’ would be resistant to the debuffs. But I figured even a 20% decrease to their speed means in many cases ~ 20% less damage, and turns some of the bosses from “unkitable” to “Kitable”, where yuo can comfortably side-step their melee attacks and the like

Also worth noting - there are two other stacking sources of Total Speed reduction (Veil of Shadow, and the proc from a vitality hammer…

not just nemesis, but your regular purple joe schmo boss too

Slow debuff got a cap. That’s what I remember, value idk.